(And Why They're So Great)

Do you have to major in graphic design, computer engineering or even business to design a great user experience for a mobile app? Nope! While formal study in those fields can never hurt, you’d be surprised how many of the most beautiful apps you use on a daily basis were created by philosophy, musical theater or even astrophysics majors. 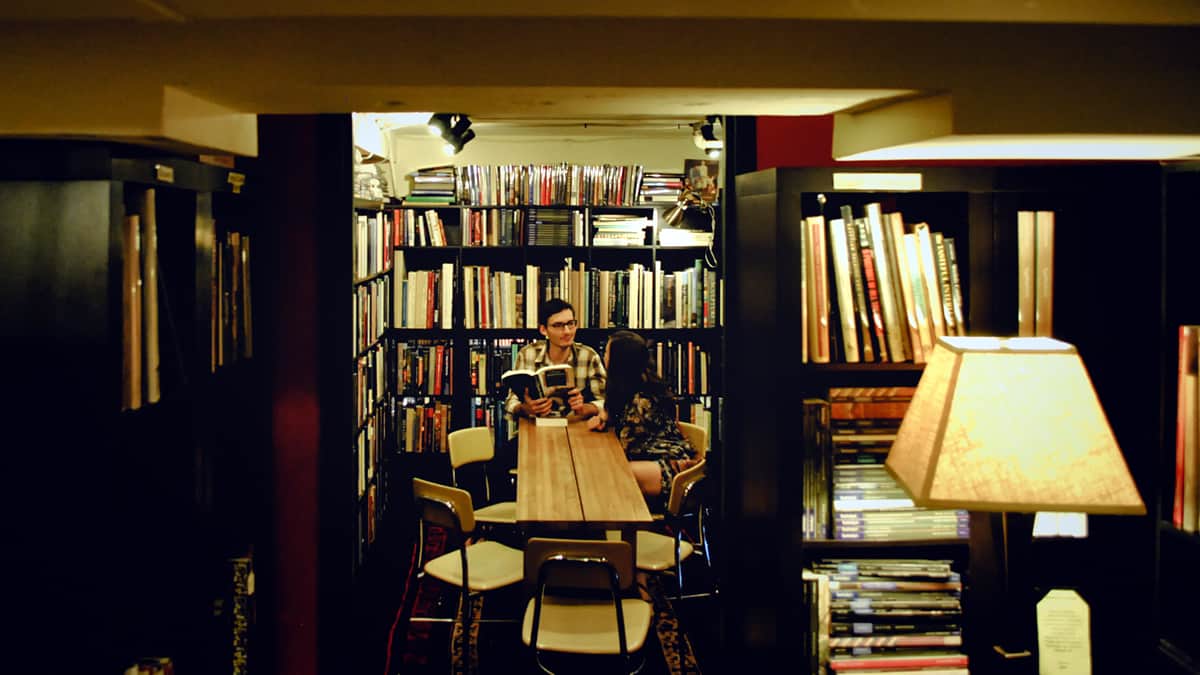 We spoke to four user interface design geeks with various educational backgrounds, and asked them how their chosen field of study (or those of their colleagues) contributed to their UI design smarts. While we were disappointed that nobody reported fermentation studies as a great major for user experiences, that doesn’t mean you can’t minor in homebrewing while picking up one of these courses of study:

1. Religious studies — how your users experience the Universe influences how they experience your UI design more than you may think. 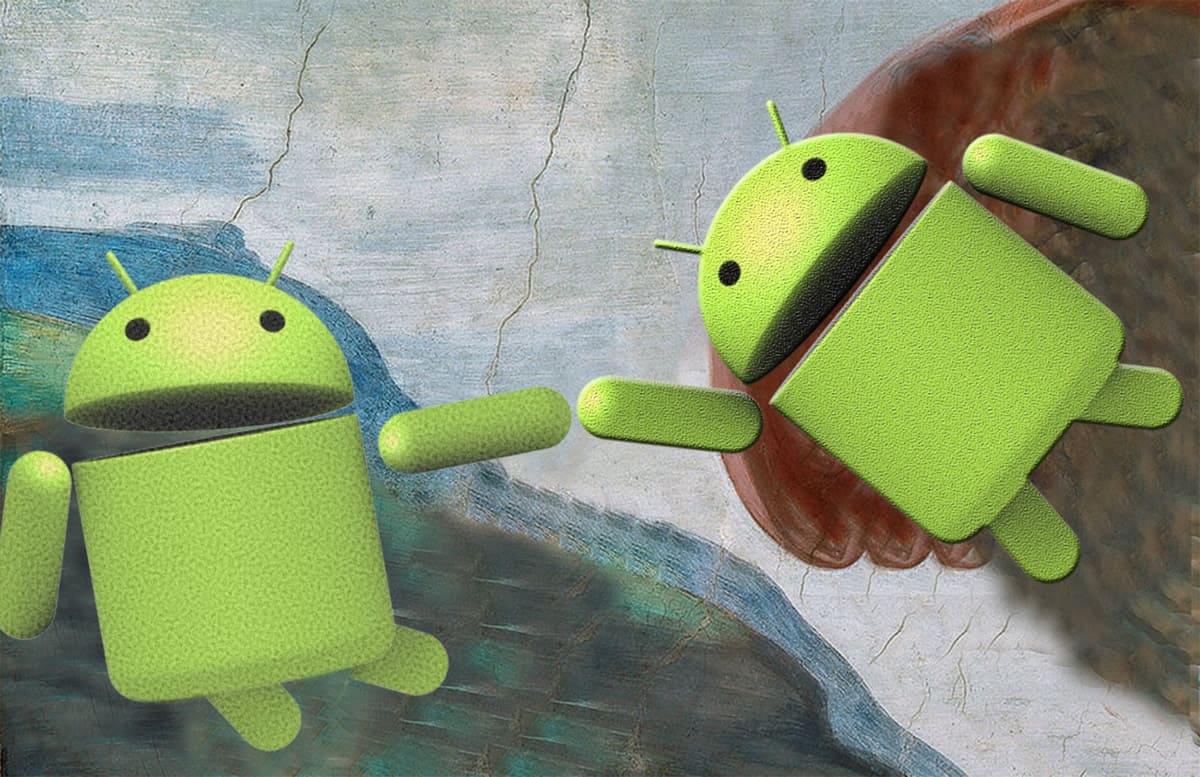 Terence Channon (@terencechannon) is a Managing Director at SaltMines Group (@saltminesgroup), a firm that specializes in nurturing startups.

“I have a Religious Studies degree, but have spent much of my career in the digital marketing and product design space,” says Channon. “From starting a web design firm, to being the fifth employee at a marketing technology start-up that now has over 100 employees, to being a partner in a startup studio that helps early stage mobile and high-tech businesses get off the ground and come to life.”

While degrees in the humanities and social sciences don’t always get the respect they deserve, Channon is clear evidence that they can thrive in the world of startups — and the reason why is actually sort of obvious. “Looking back, the critical thinking skills, the analytical skills, the historical analysis and the multi-cultural studies involved in the major certainly contributed to my mindset,” he explains. 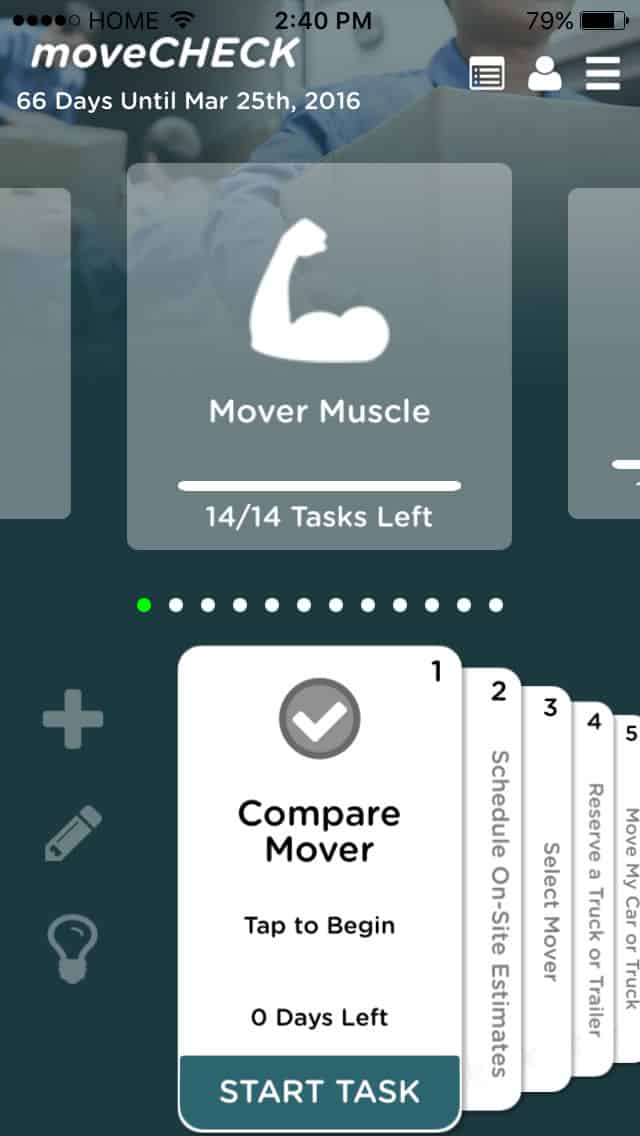 “To build great products and design great user experiences, one must be able to think outside the box, interpret the words of others to conceive new iterations of the customer experience, study the past to make for a better tomorrow and think of things from outside your own perspective and even culture.” Like Channon, many developers are seeing apps as a springboard to make the world a better place — in fact, we’ve written about seven of our favorite idealistic apps here, from Charity Miles to The Voting App.

“The last point, especially, is important. Understanding global perspectives across multiple religions challenges you to understand that not everyone thinks like you do and when you build something, you are building it for others, not for you,” says Channon. And picking up a few religious studies courses can be a great way of expanding your lens to see the physical and digital worlds from the standpoint of users across diverse cultures. But if poring over mystic texts doesn’t appeal to you, there are other ways of achieving that end — for example, the next major we heard from.

2. Sociology — how do your users behave on a macro level?

Christian Balderas is a Corporate Identity Designer at Dupray (@Dupraysteam), a company poised to disrupt the steam cleaning market. With such a universally needed product, Balderas knows a thing or two about crafting user experiences for diverse markets. 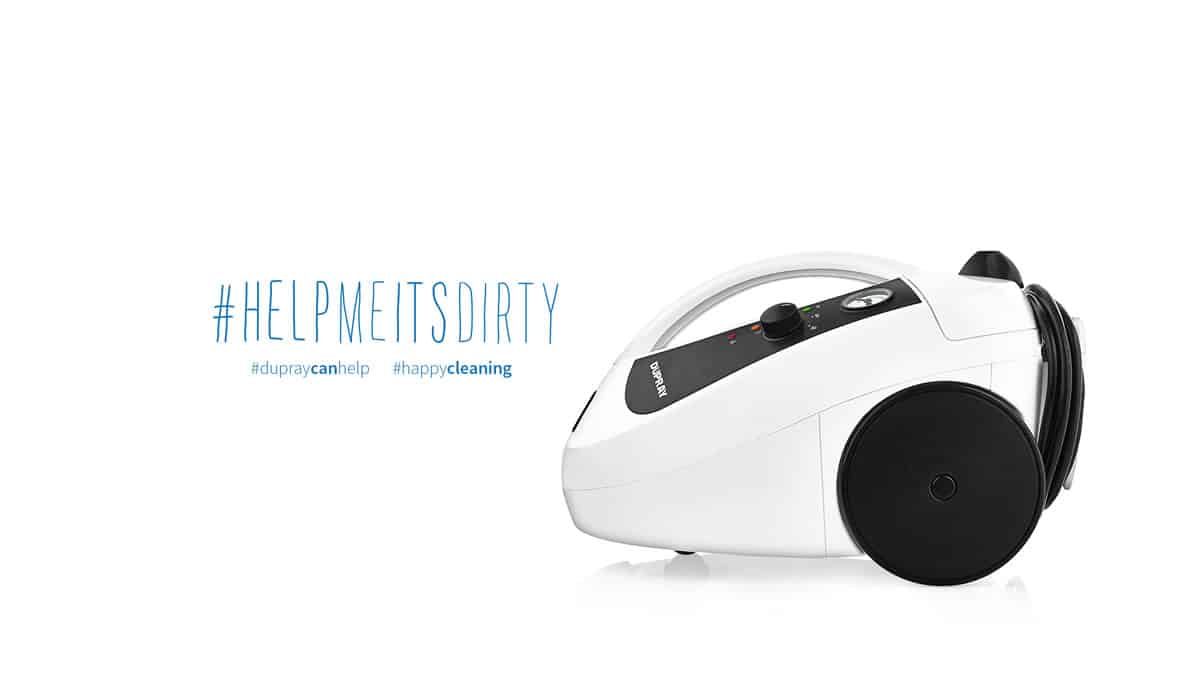 “At Dupray, we sell steam cleaners and steam irons in six countries, on six different domains. Among other things that I do, I take care of most of the graphic work at the company, including user interface design.” Crafting user experiences around a product with such a global reach — after all, no matter where you are on the planet, you have to clean your clothes — requires the same sort of cosmopolitan perspective Channon refers to when discussing the usefulness of a religious studies major.

“You want to know a great, if surprising, major for excelling at UX and UI design? Sociology,” says Balderas. “Sociology is the study and analysis of patterns of people constrained by geographic borders, ethnicity and conflict, which can actually lend great insight into how online and mobile audiences work.”

“If you understand how people behave in the macro context of an entire society, it becomes easier to figure out how to design things that will appeal to certain demographics,” says Balderas. “For example, a user experience that might be ideal for a baby boomer in the southern US may be significantly different from that of a millennial in the UK.”

David Evanhaim is an app analytics junkie at Appsee (@Appseecom) and all-around mobile app user experience enthusiast.  “Appsee is a mobile analytics platform,” says Evanhaim, “so we interact with thousands of mobile app developers and product managers to help them understand their users better. From this large data pool we have certainly noticed some interesting trends.”

One of the most unusual trends Evanhaim has noticed is that theater majors — yes, theater majors, as in Shakespeare and Beckett nerds — make some of the best UI designers. “There must be something to these people being drawn to the intrigue of human emotion, because they turn out remarkably thoughtful user interface designs and user experiences,” says Evanhaim. “We get more of these than we would expect, and they all seem to have an innate insight into app users’ behavior.”

“These types come at it from a very different angle,” says Evanhaim. “They are major problem solvers with incredible drive. They may not know innately what drives users like the emotion-based app creators, but they are incredibly dedicated at finding out and they come up with creative solutions on how to get their answers.” 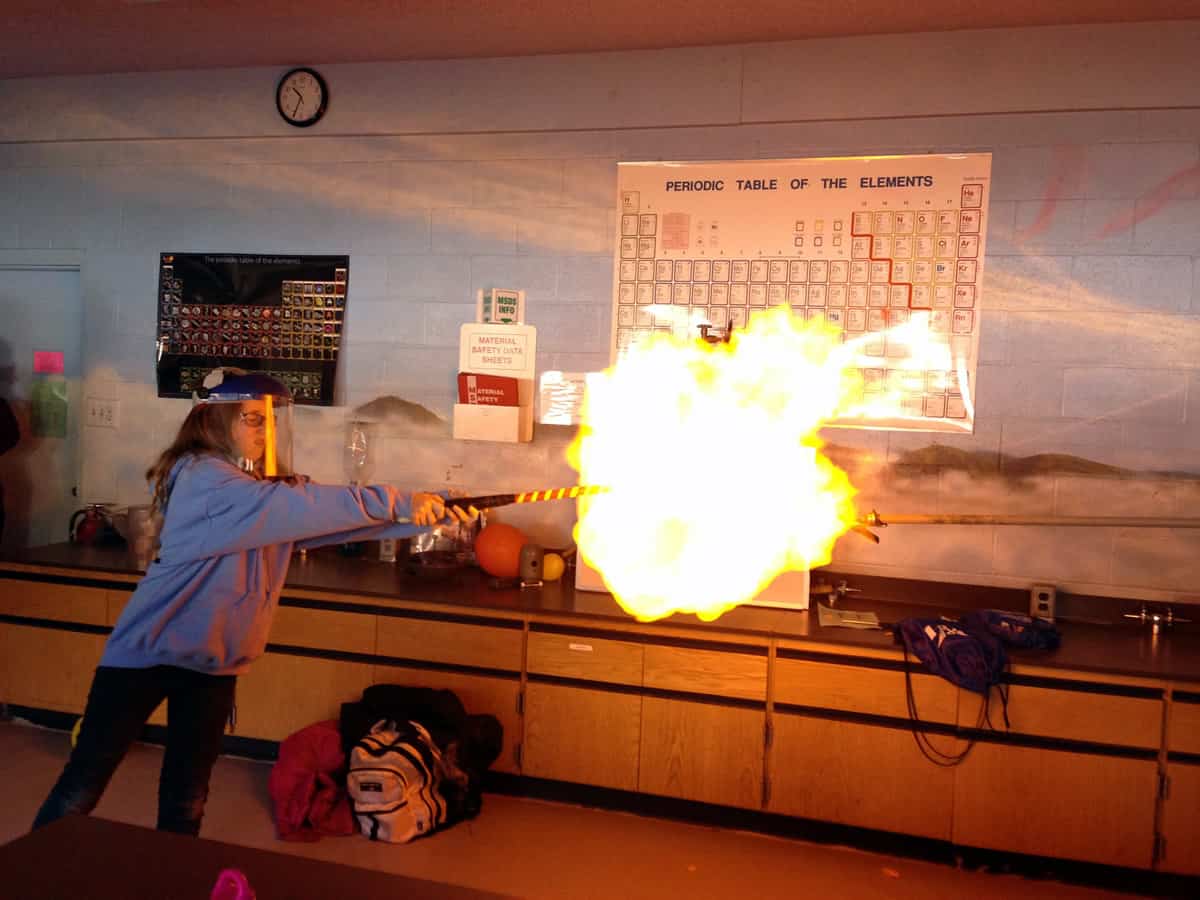 As user interface design gets more science fiction with virtual and augmented reality, and as apps continue to blur the lines between human, superhuman and machine, we’re going to need more scientists helping redefine what makes a great user experience.

One trend that shouldn’t surprise anyone in this multi-tasking digital world is that multi-disciplinarians often pull ahead in UI design. “What we’ve noticed in our mobile app developers data is a pattern of people with double majors or multidisciplinary backgrounds, regardless of what those majors are,” says Evanhaim.

And these well-rounded students bring a lot to the table when it comes to elegant user interface design. “It could be that their studies turn out a perspective valuable for app making, or that app majors are drawn to different fields to begin with, but nonetheless it’s an interesting observation.”

So if you want to build apps one day and can’t decide what to major in, it may actually be better not to decide at all. If you can knuckle down and fit it in your schedule, focus on more than one discipline. Investing a bit more time now might mean better user experiences down the road — plus, it gives you more freedom to major in something your parents might initially frown at, like musical theater or fermentation studies.

We round out our list with one of the most famous and infamous undergraduate courses of study: pre-med. For those of you who have lived it, you know well the grueling hours spent bent over orgo chem textbooks, rigorous anatomy and physiology courses and highly competitive classmates. But if a future that may involve scalpels and prescription blanks makes you think twice, you might want to consider another possible career path: user interface design! 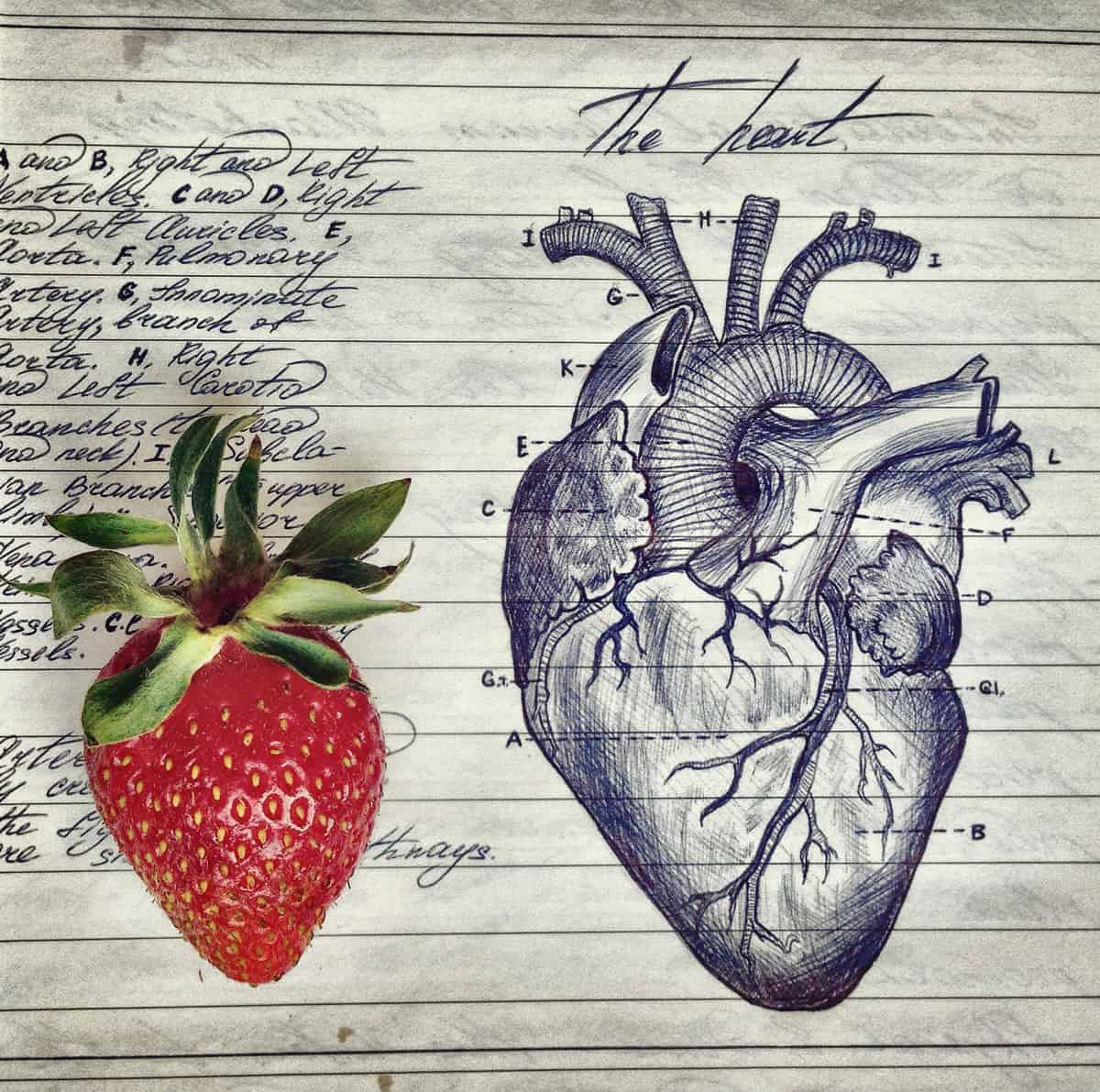 Max Soni is one of the founding partners at Qumana, a firm with some big-name clientele. “We do app development for companies across multiple industries,” says Soni. “Qumana has helped craft user experiences for clients like the BBC of America, Phone.com, KIA, Volkswagen and many others.”

“Strangely enough, I was a pre-med student in college. I even took the MCATs and applied to medical school — and yes, I did get in,” says Soni. “I ultimately declined the invitations to med school, having decided to pursue business instead.”

It was a decision that worked out well for Soni, whose undergrad experience nourished a well-rounded skillset. “I can definitely say that being a pre-med major helped me in my current career. In particular, classes like organic chemistry — which relies heavily on your ability to ‘model’ different molecules, which requires seeing dimension and perspective — helped me become a better UI designer and developer.”

And of course, there’s an obvious parallel to draw between UI/UX design and the practice of medicine. “You need to pay close attention to detail,” says Soni. That makes for happier patients and users.

While it’s probably true that certain majors lend themselves more readily to awesome UI design than others (underwater basket weaving is likely low on that list), there are plenty of opportunities for people with great ideas to become awesome user interface designers, regardless of what degrees may or may not be hanging on the wall.

If you have little to no experience designing and developing apps, here are 12 ways to learn how to create a great UI design for free or cheap. Or you can dive right in and create a mobile app prototype using an easy-to-use drag-and-drop editor, like Proto.io. With Proto.io, UI designers and novices alike can create stunning digital prototypes in minutes for smartphones, tablets and even wearable technology. If you can dream it, you can prototype it.

Ready to get learning? Sign up for a free 15-day trial of Proto.io today, then tweet us @Protoio to let us know what you think — and tell us what your college major was!