You’ve created your mobile app prototype to specs, but something doesn’t feel quite right. Maybe it doesn’t flow as smoothly as you want it to, or the user interface design doesn’t give you that “Wow” effect. You want your app to feel like magic, but right now it feels more like your dad pulling a quarter from your ear than David Copperfield making the pyramids disappear.

What do you do? Do you scrap the whole thing and start your design again from scratch? 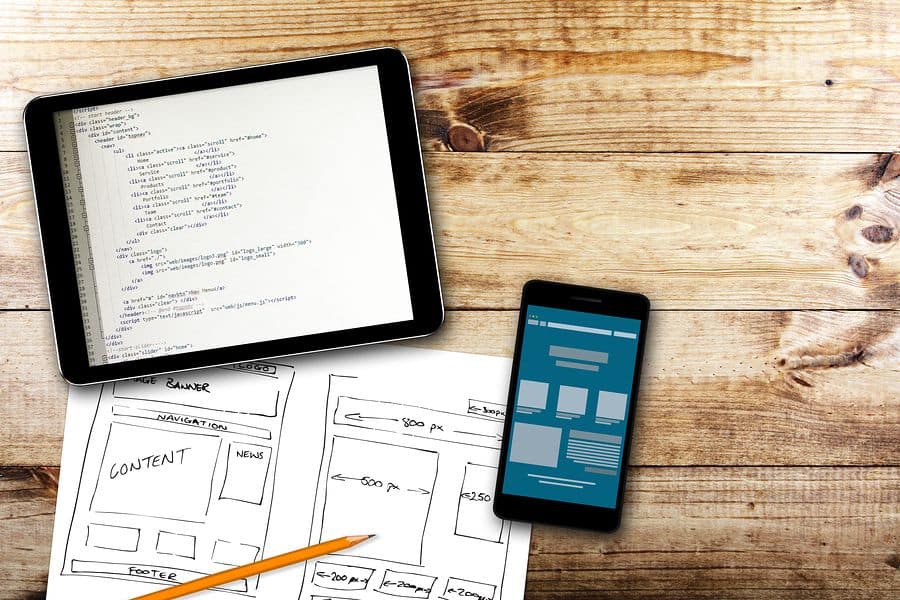 Or maybe, through some miracle, the app can be saved with just a simple design tweak. After all, you were committed to the design before building the prototype or beta, so there must be something good in it — and it would be a shame to put all that hard work to waste.

We asked 6 designers what minor adjustments they think make the biggest difference to a user interface designer. Maybe their answers will inspire you to put the perfect finishing touch on your app, taking it from good to great (or from great to amazing!) 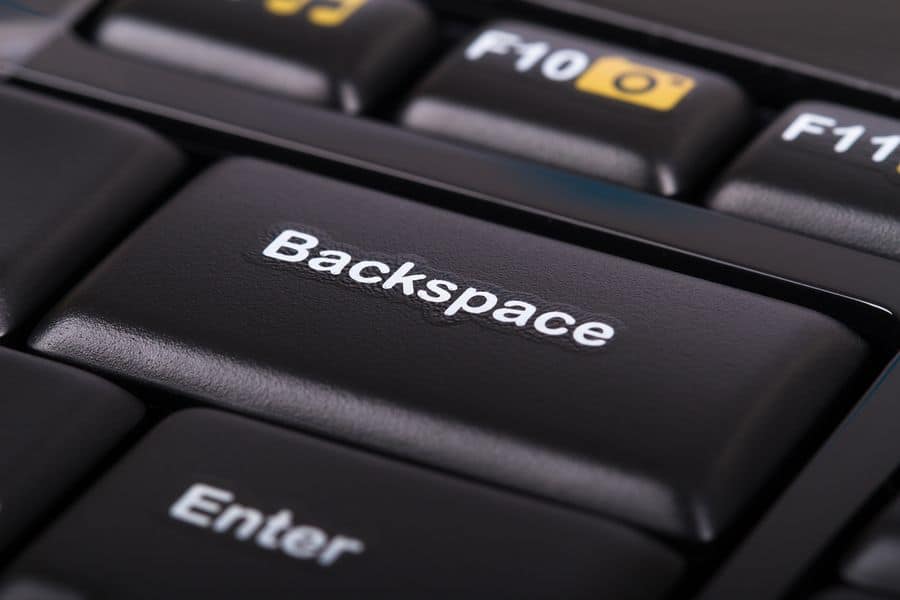 If you’re using an app on a small device, chances are you don’t want to spend a ton of time reading. Not only does an overabundance of copy slow your user down, but it also crowds out your user interface design.

Maureen Kerwin is an Interaction Designer at Nokia Networks (@nokianetworks). Kerwin’s tip for instantly improving any app? Perform an audit of the copy, and cut anything you don’t need.

“Review the copy for anywhere you have repetition or just too many words,” says Kerwin. “There is almost always something you can remove or revise to be clearer and more succinct.”

In this case, sometimes a user interface designer’s best friend is the editor or proofreader. If you can’t decide on which copy to cut (or condense), having that second, objective set of eyes on your app makes all the difference.

If you’re stuck trying to figure out what it is about your user interface design that’s just not working, the fastest way to get an answer is simply to ask your users.

Mike De’Shazer (@itsdeshazer) is a co-founder and CEO of CodeCloud.me (@CodeCloudMe), an interactive platform that helps users learn how to code and enables them to build apps. Knowing your users and getting their feedback, says De’Shazer, is the most reliable method of making your user interface design effective.

“There are different kinds of UX optimizations with different goals,” says De’Shazer, “but the best way to optimize the user interface design and experience for any technology is to get a better understanding of the people who are using it.”

When your app is falling flat, send your prototype to a group of beta users. Their suggestions on how to improve the experience may be the most valuable feedback you can get.

All of your users (and potential users) have a need for speed. If you notice that your user experience isn’t clicking the way you want it to, it might not be so much an issue of user interface design, but the speed of the app itself.

Amna Rizvi is an app developer at GadgTecs (@GadgTecs), a science and technology blog that showcases apps, gadgets and science news. As both a creator and an observer of mobile apps, Rizvi finds that speed and startup time are two of the most important aspects of optimizing the user experience.

“One of the most important aspect to me is the app’s startup time,” says Rizvi. “The app should have an amazing splash page, and should load very very quickly.”

First impressions, of course, are the most important, says Rizvi. “Users are quickly turned off when they click on the app and have to wait ages before they can do anything. So in my opinion, the app should be instantaneous, no matter how big.”

Not blown away by your most recent work? See if you can streamline the experience. Make loading times quicker, and consider making any animations you incorporate into the user interface design elapse over shorter periods of time. If that doesn’t make your app shine a little brighter, read on.

4. Dress your user interface design up with animation.

Andrew Riley is the founder of Ticketlab (@ticketlabUK), an online ticketing service that enables performers to set up and sell tickets for events. He is also a digital consultant and frontend developer.

To Riley, the best way to add immediate impact to your user interface design is with motion.

“My top tip for enhancing the feel of a web page or app is very simple: animation. I’m not talking about the bouncing logos and lens flares of the Flash era, but subtle animation,” says Riley. “In its most simple form, when a hover state involves a background color change, simply apply a 0.3 second linear transition to it. You’ll find this will instantly make your user interface design feel less like a website and more like an app.”

The best part of this design tweak is that it doesn’t take long to do, says Riley, but the effect can be huge. “A transition can be applied in clever ways to almost any state change to really bring a design to life. Despite the availability of this CSS feature for several years now, it’s still underused in many new apps, but only takes a few moments to implement in many cases.”

“Working in an agile environment gives you the ability to test UI as you go along with development. We like to play with transitions to guide the user to take the next step,” says Hattingh. “Adding a subtle animation to a button when it’s being used helps the user know what to do, and improves the overall experience.”

Animation catches your users’ eyes, helps guide them along the experience and can add that much-needed extra oomph to your user interface design, but remember not to go overboard — as our next developer reminds us, sometimes less is more. 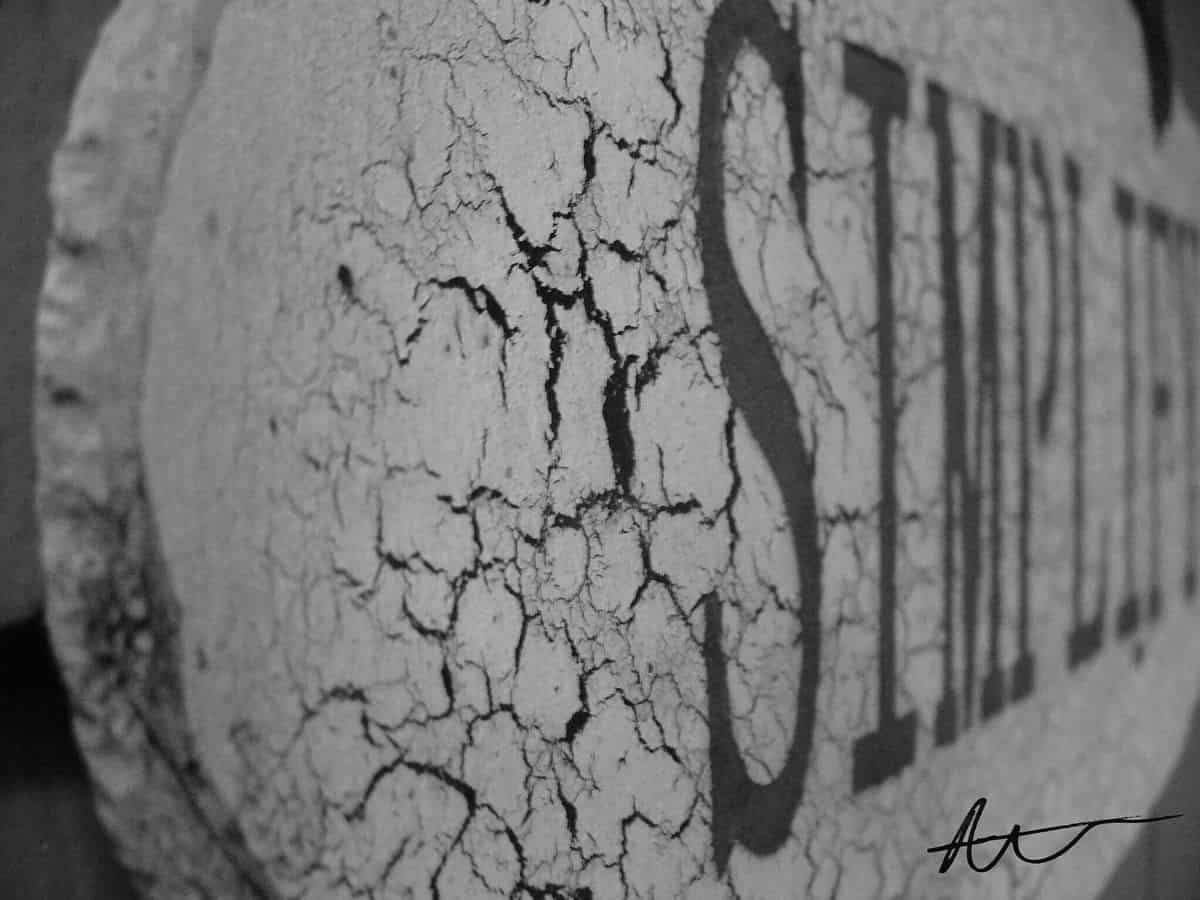 No user wants to be bombarded with a cacophony of visual stimulation, whether that’s a color palette that takes too many liberties or an egregious abuse of visual textures (even if you’re a disciple of skeuomorphism, you can still take it too far with the shadows and gloss).

Amrita Talwar is a developer who has worked on several Android and iOS apps, including PoolMyRide (@poolmyride), a cross-platform app that allows users to find carpooling partners. In Talwar’s experience, the key to taking a user interface design from good to great is to keep it simple:

“Designing an app is like creating a song without lyrics — it should be understood globally. To make the app user-friendly and beautiful, I follow these steps:

– Minimizing the number of clicks, gestures and interactions the user has to make. Whatever you intend the user to do should be done with the least clicks possible.

– Keeping the user interface design clean. It can be tempting to clutter your UI with features, but prioritize what the user really needs. Sometimes it’s best only to keep the most important features and to leave out the ‘nice to haves,’ as the toll on your overall design is a net negative.”

A streamlined design means less of a burden on your users. Your user interface design should be doing the work for them — not the other way around.

6. Look outside your comfort zone for inspiration.

Sometimes, the culprit behind a ho-hum design is simply a lack of fresh ideas. This is particularly common when you’ve logged a few years’ experience in the industry, especially at the same agency. Have you noticed that your user interface designs are all starting to look the same — same splash screen, same animations, similar buttons, icons or typefaces?

It might be time to put down your current project and take a look at some other mobile apps to jostle your routine. A great place to start might be a top 10 list curating innovative UI designs from up-and-coming firms. Take a close look at what these apps do differently, and consider how you can make some of those concepts yours.

For an even fresher take, look outside of the mobile app industry in general. For example, playing a video game can be a valuable lesson in storytelling, and a trip to the art museum can lead to some of your finest ideas. Even just spending a little extra time with your kids (or nieces and nephews) can sharpen up your user interface design game.

Don’t feel like moving from your chair? Just read up on how other designers get their best ideas when they hit a creative funk. Sometimes, inspiration comes from the unlikeliest of places.

What Hail Mary passes have you pulled to turn a merely mediocre user interface design into a thing of beauty? Let us know by tweeting us at Proto.io!

And remember — getting feedback on your user interface design is as simple as creating an accurate prototype. With a lifelike digital prototype of your mobile app, you can share your ideas with other designers, mentors and beta users, getting the valuable info you need to buff your creation into shining perfection. Download Proto.io today to see how quickly and easily you can create a prototype that lives up to your vision.