iOS buffs, be they designers, developers or entrepreneurs, all aspire to similar dreams — to make a living doing what they’re passionate about, to build industry-disrupting apps and perhaps the wildest dream of all: to sail smoothly through Apple’s notoriously frustrating app review process.

But what app designer, iOS or Android, doesn’t want to create the next Tinder, or the next Candy Crush? And what sets apart the apps that it seems everybody and their uncle wants to use? We asked three successful mobile app entrepreneurs what they think is the secret sauce behind wildly popular iPhone and iPad apps, and how to design an iOS app, develop it and market it so that every Apple fan will want it in their pocket.

1. Narrow your focus, determine your goal and nail down the user experience. 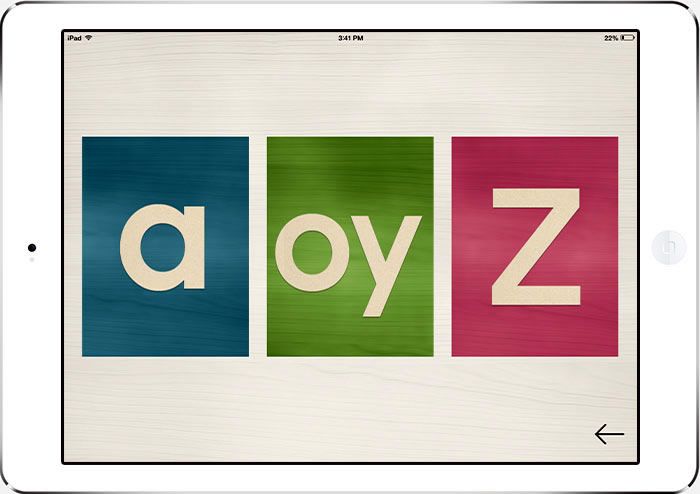 Ashish Toshniwal is the CEO and Co-Founder of Y Media Labs (@ymedialabs), an interactive agency whose apps have actually been featured in iOS commercials. The key to this success, says Toshniwal, is to keep the end user in mind from concepting to testing:

“The secret to designing an iOS app that’s outrageously successful is to focus on one or two use cases. Most people go wrong by trying to cram every feature possible into a mobile app, and that’s just not the key to designing an iOS app that’s usable and successful. If instead, you hyper focus on two core features, then the chances of your app succeeding are much greater. That’s the first part. 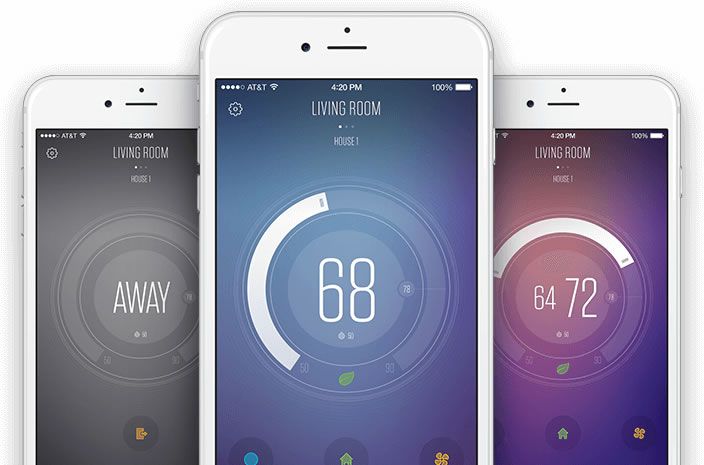 The second part is following through with an amazing user experience. At Y Media Labs, we find that using a service like Proto.io helps with this, because you can easily deploy prototypes for your clients and get feedback on the UX right away. Then you can go back to the drawing board and make the adjustments that will perfect the experience.

Last, but not least, your iOS app needs to be fast. Nobody has time for anything slow, especially mobile apps. Always design for speed. A fast app helps to ensure that the people who download your app actually use it more than once.”

2. Solve your user’s problem, and do it beautifully. 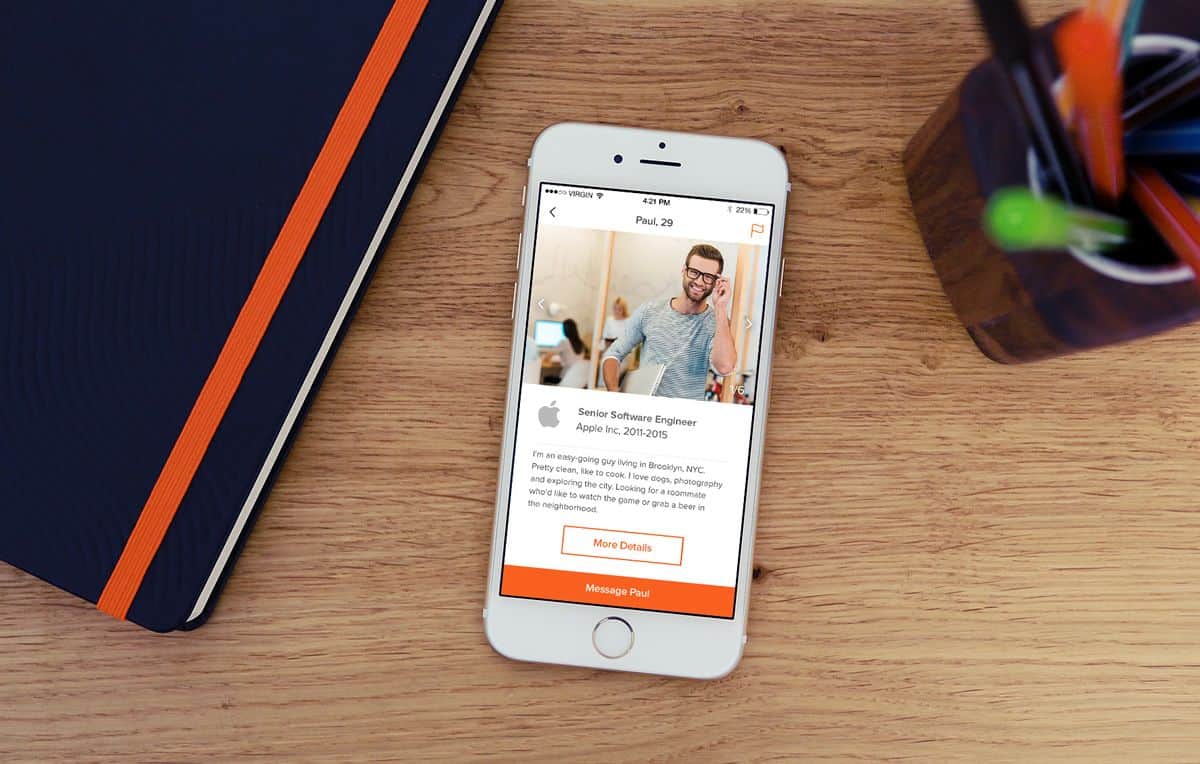 John Lin is the Head of Product at Roomi (@RoomiApp), an iOS app that helps people find shared housing and meet their perfect roommates. While Tinder may help you find your soulmate (or at least a date for Friday night), finding a roommate can be even more stressful than dating — and central to Roomi’s success, says Lin, is taking the pain out of that process:

“Successful iOS apps focus on solving a user’s problem. Our startup was started based off a problem everyone has faced, including every one of our employees: having a bad roommate.

Our team has listened to hundreds to thousands of users both on the street and within our app, and we make it a top priority to respond to feedback. Some interesting ways we gather feedback is by using our help desk, stopping people on the street while marketing and watching user videos of interactions.

The second key to designing an iOS app everyone wants to use is to make sure it’s actually user friendly, and looks incredible. Here at Roomi, we’ve taken great pains — and great pride — in our new design, which has just been released in the App Store. We looked at dozens of websites for inspiration, and attempt to follow best practices from heavy hitters like Apple, Google and Facebook. 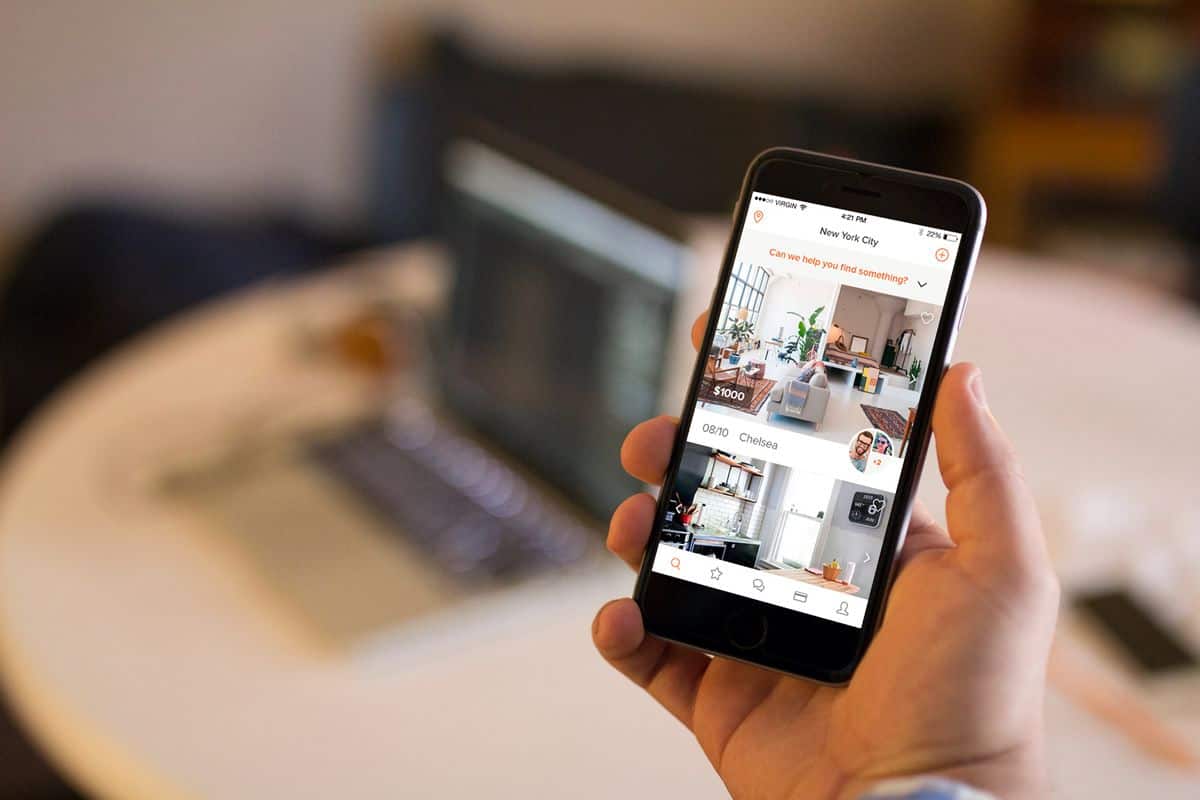 The final step is, of course, to market the app successfully — nobody will download an app they know nothing about. We have a secret formula for getting users into our website on both sides of the market. While obviously we can’t divulge everything, I will say that the formula includes a combination of grassroots marketing, paid advertising, event marketing and reaching out to targeted users.”

3. Designing an iOS app that rocks isn’t enough — you have to market it, too. 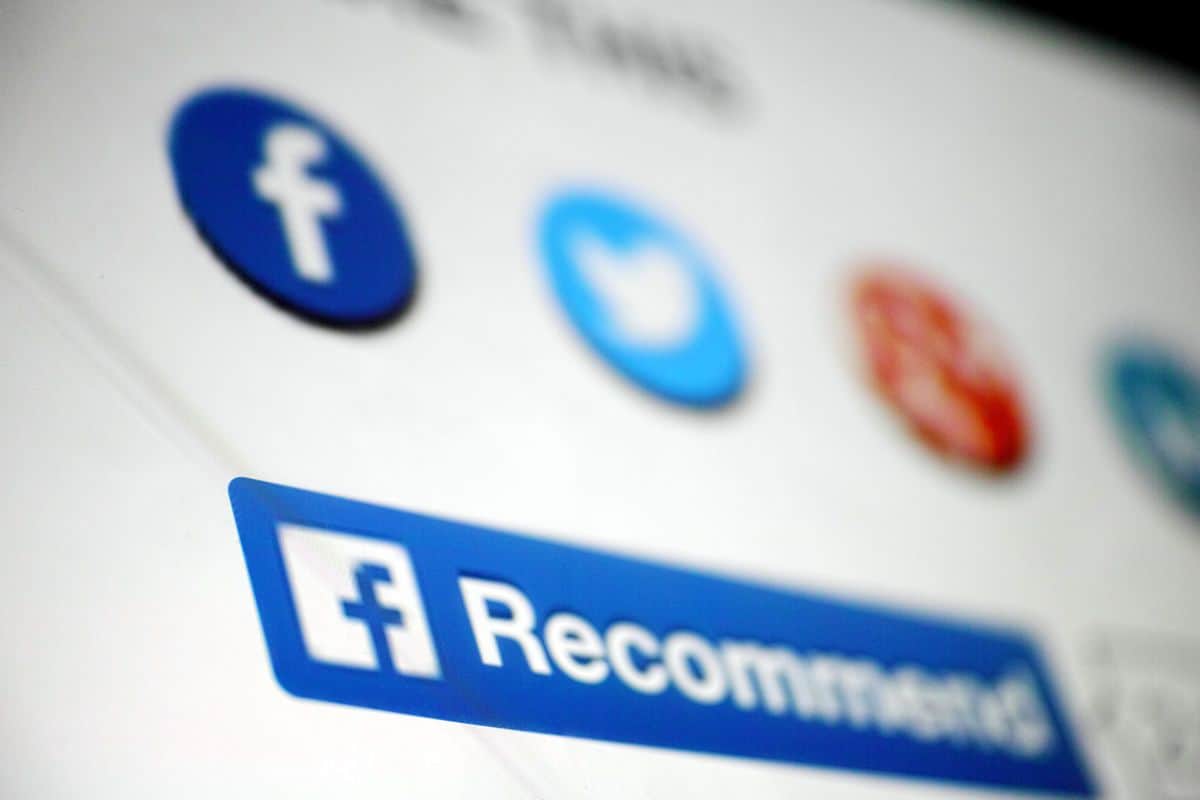 Chris Wigan is a Regional Manager for imgZine (@imgZine), a platform for building mobile apps, and helps set up workshops to teach designers and developers how to market their iOS apps once they’ve created them.

“During the marketing workshops imgZine runs, we take the client down one of two paths of advice, depending on whether their app is paid or free. Either way, it’s important to remember that you need to optimize your marketing plan both for website-based downloads and for Apple App Store downloads. And that means developing and executing a solid content strategy.

We always tell our clients that content marketing is the number one driver to user acquisition. By publishing content about your app through various mediums, you give your customers a way to find you via search. Your content strategy should contain a social media plan, a variety of content (including video) and outreach strategies for industry influencers.

Start Thinking Business Before You Even Begin Designing an iOS App

It’s clear that we have a lot of talented developers out there coding up a storm. However, the biggest challenge we face is to make sure that the app is either serving a commercial business outcome or has identified a challenge to resolve. As a developer, you might be designing an iOS app that’s absolutely beautiful, but if it does not address a current business challenge or user need it will ultimately fail.

Mobile app success often stems from simplicity, and this is doubly true for designing an iOS app. We advise our clients to start by building something that provides utility or entertainment and does one or two things exceptionally well, rather than providing a laundry list of mediocre features. Then, as your user base grows and becomes more comfortable with the app, you can scale up the feature set. This is a common thread shared amongst some of the most popular apps today, including Instagram, Uber, and Snapchat.

To share an example using our own platform, digital agency Carrot (@Carrot) built an extremely simple app called Ham Horn two years ago. The app literally did nothing else except blast a rap battle air horn with a tap. Now, Ham Horn has over a million users, and that button gets tapped 15 times per minute each day! In the past two years, Carrot has slowly scaled up features to allow recording and more, but it built its original user base with a straightforward utility.

The bad news is, we’ve hit the stage where a brand new app idea is hard to come by. The good news is that because of that, we can see where other similar apps are gaining traction through their activity on social media. So check their stats out. How many follows, likes, shares, and tweets are your competitors generating?

For example, let’s say I’ve built a fitness app for iOS devices. See how other fitness apps perform on Instagram, Facebook, Twitter — even LinkedIn. See what they’re doing successfully (and unsuccessfully). Rather than trying to recreate the wheel, you can invest where other apps have done well. Then use your content to help drive users to download your app.

When using social media, make sure you post during times that will yield a higher hit rate. Peak POSTer is one of the apps I recommend to help you optimize your social media sharing schedule. 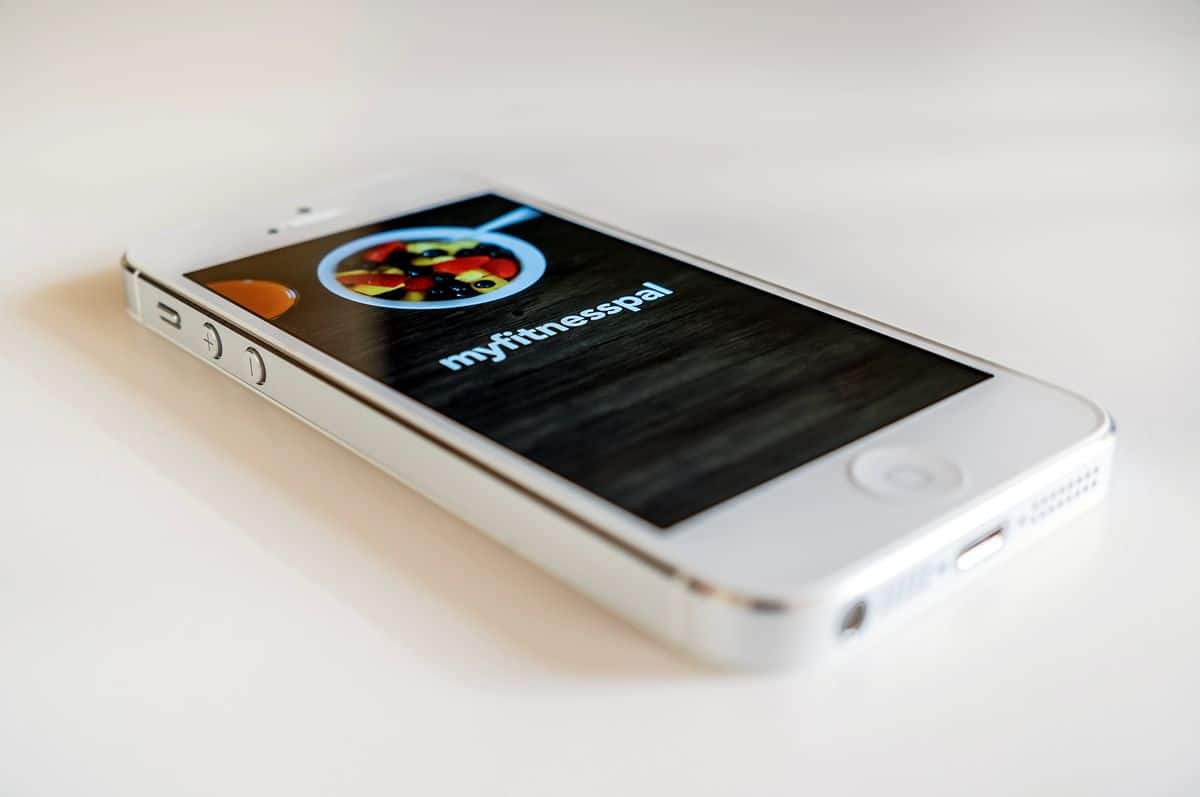 One of the most important aspects of social marketing is building — and using — your network. Sticking with the fitness app example, you can approach fitness ambassadors (popular trainers, brand ambassadors for fitness products, etc.) on social media by either sending them a private message with your CTA or tagging them in a post seeking feedback: ‘Hey Kelly! Check out my new fitness app, and if you share it with your network we will enter you into a competition to win a trip to Hawaii on us.’ Those incentives help you to build valuable relationships and spread word of your app to the people most likely to download it — in this case, fitness buffs.

Video is some of the most engaging content you can use to ultimately drive potential users to the Apple appstore to download your product. But for a great example of how to do this successfully, let’s look outside Apple for a moment, because Google does a fantastic job with this.

Check out this “epic fail” video for an example, or this video of a squirrel eating sunflower seeds. Both of these videos take everyday content (your buddy falling off of a diving board into snow, or mundane footage of local fauna) and find a way to tie it back to Google’s app. This shows you don’t even need a super high budget to do video marketing effectively (even though Google certainly has the resources!).”

Designing an iOS app that everyone and their uncle (or aunt!) wants to use begins with creating an amazing digital prototype. Gathering that initial user feedback is critical to making the necessary tweaks to ensure your app is both beautiful and functional.

When creating your prototype, approach it with the following attitude: “What will make every iPhone user I know what to test out this app, and every Android user consider buying an iPhone?” Then make your prototype look and feel as much like the finished product as possible, complete with user interactions, animations and more. The more lifelike your prototype, the better the feedback you’ll receive from your clients and beta users — even your Uncle John and Aunt Mary.

Ready to get started? Sign up for a free trial of Proto.io today to create an iOS app prototype that will knock their socks off.