The Future of UX Design Based on Its Past

UX design is much more than a buzzword: it’s the lifeblood of the design industry, helping designs meet (and hopefully exceed) user needs. You know what they say about advertising: the best kind is free since it’s your own users going out to friends and family and recommending your product organically through word of mouth. So how do you get to this coveted stage of product development where customers are singing you praises? Through UX design, of course!

But before we get into where the future of UX design could take us and how designers can get ahead of the curve with the latest trends, let’s take a quick look back at how user centered design came to be.

The Origin of UX Design

Since the first product was made, there were users. Even before official commerce began, the things humans made for themselves and others needed to take their preferences and biological realities into account. A knife that had too large of a handle wouldn’t be useful for a hunter with small hands and a small basket wouldn’t make sense for a gatherer that had to travel far to collect fruits and vegetables.

We’ve come far as a global society since then, but UX is still key to everything we build. Fast forward to modern day and UX design is an integral part of all apps and products alike. Instead of the “build it and they will come” mentality, designers take the time to do user research to really learn user pain points to deliver a better or more enjoyable experience. UX designers know that there are many different potential users and are sure their products appeal to the needs of multidimensional users.

So where exactly did it come from and how does this inform the future of UX design? While we could talk about endless inventions and trends from history that led up to UX design, we will instead take a modern approach, as it more closely aligns with the UX we are currently used to. As designers learned to create for their customers, there became a need to name this field of work and study. 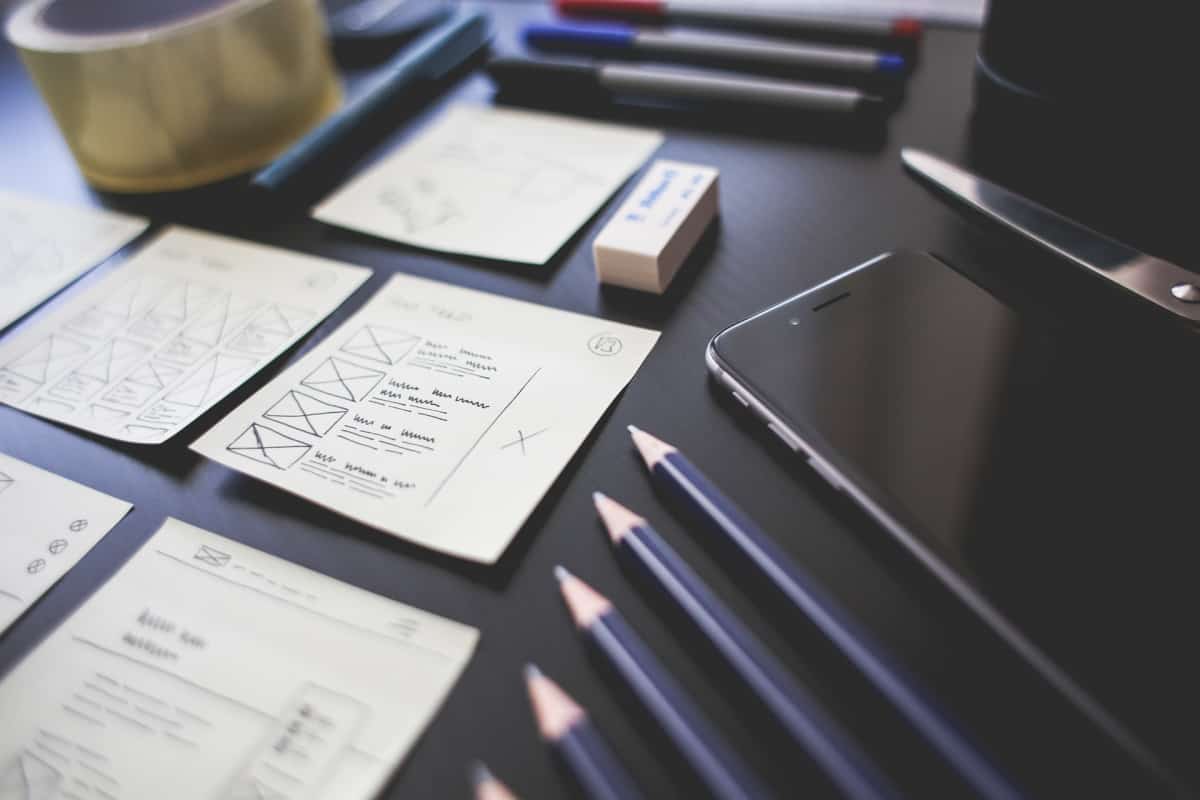 Don Norman, a cognitive scientist and Apple’s first UX employee (his title was once User Experience Architect), is credited for coining the term in the 1990s. And to this day, he continues to educate about UX and how it can be achieved through the Nielsen Norman Group (the World Leaders in Research-Based User Experience.)

Wonder why Norman thought UX design needed to be spelled out and studied? In an interview, he explained, “I invented the term because I thought human interface and usability were too narrow. I wanted to cover all aspects of the person’s experience with the system including industrial design graphics, the interface, the physical interaction, and the manual. Since then the term has spread widely, so much so that it is starting to lose its meaning.”

While the definition of UX design has broadened significantly, Norman’s organization currently says that the discipline “encompasses all aspects of the end-user’s interaction with the company, its services, and its products.” With such a general definition, there are many ways that designers can fit in with the product roadmap and think up novel ways to delight the user both now and in the future of UX design.

So now that you have the abridged version of where UX design came from, how can designers better implement UX design principles and best practices based on the current state of design? We reached out to designers all over the world to get their take on where UX design could be headed in the near future.

What is the Future of UX Design?

While we certainly don’t hold a crystal ball, the designers we spoke with have some pretty convincing ideas of where the discipline could be going.

Designing for users means having their best interest in mind. Always chasing more time spent in-app might be a nice vanity metric, but is your pursuit taking away from the day to day lives of users? Are they missing their stop on the train more often than they’d like to admit because they’re so engrossed in your mobile game? Of course, monitoring appropriate usage is up to users, but UX designers can also take extra precautions to be sure what they’re designing aims to go hand in hand with healthy habits.

Caleb Kingston, CEO at brainspin, believes that UX design will take a turn toward healthier habits. He told us, “In 2019 and beyond, a growing number of designers are beginning to focus on Healthy App Experiences. In the growing wake of people becoming addicted to their phones and apps, companies like Google and Apple have started to consider the digital wellbeing of their users by offering tools to help better understand a user’s habits and help them disconnect when needed.

Now designers are starting to shift the goal of users increasing time spent on an app more to increasing the quality of time on an app.”

We completely agree with Caleb that the future of UX design will see more apps that take user wellbeing into consideration coming onto the market sooner rather than later. And that is for the best. After all, UX designers aim to do more for their users than have them tap and click more. Are they enjoying their experience more? Do they feel like they are getting more out of each experience? These are questions (on a list of many) that UX designers should be asking their users to understand how they are making an impact over time.

UX Design Will Include More Technology

UX design aims to improve the way users interact with and experience products. In a time of voice assistants and machine learning, it was only a matter of time before these technologies became ingrained in the way UX design is carried out.

Ilya Kroogman, Lead UI/UX Designer and Founder of The Digital Panda, echoed this sentiment. “The future of UX design is in a combination of intuitive/predictive AI as well as quality voice/chat bots. Being able to interact with technology in a natural Human-like manner will accelerate technological adoption and increase user satisfaction.”

We have come to expect more from apps and products alike. They need to be easy to use and also integrate new technology that we’ve grown used to. Traci Terterian, Nextiva’s VP of Customer Experience and Design had a similar point of view when it comes to the future of UX design.

Terterian explained, “As user-centric design process and testing become standardized, the future will be in automation. We are already seeing design leaders using faster, highly effective automations to make great design better and faster than ever before. From machine learning and rapid testing and feedback, we’re going to see intelligent prototypes being produced in hours, not days.”

Next generation prototyping is not only the future of UX design, it is also possible today. Prototyping helps teams validate ideas and easily communicate with stakeholders succinctly. (But don’t take our word for it!)

Terterian went on to give her predictions for the look and feel of mobile apps of the future. She said: “We’re going to see menu systems transition from the top to the bottom of the screens. Swipes and gestures will begin to originate from the bottom to fit the size of our devices to make it work more naturally with the way we hold and use the device with our thumbs. We’re also going to see more voice-integrated interfaces. As voice interface technology becomes better and more accessible, expect to see it integrated naturally and more often…”

An app that is intuitive is always the best option. Users don’t want to have to change their behavior in order to use a new app. They want it to be natural. And as consumers get even more familiar with voice technology, that will certainly become an important consideration that UX designers will need to take into account.

As the design world goes through a major shift to accommodate voice enabled features, it’s important to remember that all UX design doesn’t have to seem earth shattering to make big impact. In fact, small changes can lead to massive improvements in the future of UX design.

Nataly Manuylova, Senior UX Manager at MightyCall, told us: “Mobile UX design is about acknowledging and anticipating the user’s needs. New navigation standards, animation, Voice UX, the use of Artificial Intelligence  — we’ll see all of these mobile UX trends developing in the coming years… A UX designer should never overlook smaller details like helping the user process a particular task in the most efficient way. To design a compelling mobile app, it’s as vital to be driven by the user’s daily needs and satisfaction … we should keep in mind who is going to use our amazing app, when and how.”

Staying centered in what the user really needs and how they feel comfortable interacting with a product is key to staying competitive in an ever changing UX design field. These design leaders gave their insights into where UX design might be going next, but we’d also like to open the floor to your opinions: What do you think is the future of UX design? Let us know by tweeting us @Protoio.