Your prototypes, ready when you are

Introducing the new Proto.io App, now with offline mode! Download your prototypes to your device and use them anywhere and anytime you need them.

At Proto.io, our mission is to make it easy and fast for you to create and showcase realistic mobile app prototypes.Our native apps play a big part in showcasing your prototypes to your audience: colleagues, customers, investors. However, there is nothing more embarrassing than to be standing in front of an audience, ready to show off your work, only to find out that your internet connection is acting up.

Not anymore — now, with our native iOS and Android apps, you can download your prototypes to your device and use them while offline. It’s just like having your app on your phone. It’s always there, loads fast, and performs well. You never need to worry about the connection to confidently demo your prototype. 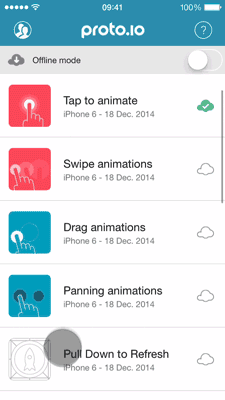 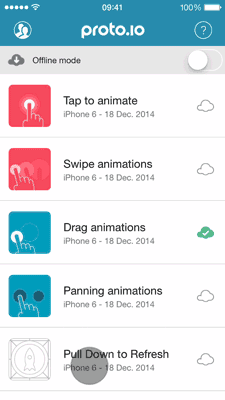 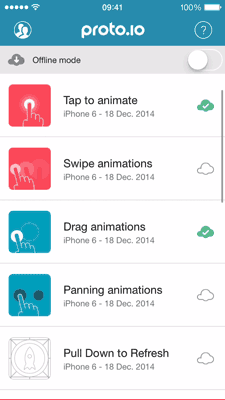 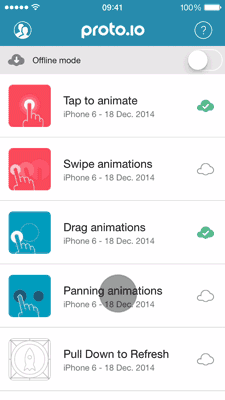