Team synergy is required to move projects forward faster. But it’s easy to have misunderstandings across different roles, time zones, and cultures. In particular, the relationship between designers and developers could use some work. Both groups would benefit from a bit more mutual understanding to make sure timelines and requests are realistic. To get to the bottom of this, we talked with developers to understand the essential things developers need designers to know. Read on below to dig into our findings.

1. Communication Needs to Be Straightforward

The key to any successful relationship is clear communication, which is especially true of the developer-designer dynamic. There is a myth that developers should be involved near the end of a project when it’s time to get the code in order. But if developers are in constant communication with designers (not to mention kept up to date on all other aspects of the project from different teams), then it’s much easier to flag issues before they impact the team. The last thing a team wants is to have a rock-solid business plan, have designs signed off on by stakeholders, and then throw it over to the developers only for them to say that the app or website simply isn’t feasible. So how can teams prevent this?

David Stellini, Co-founder of AllFront.io, a fintech app developer, stresses the need for constant communication. He tells us, “At the outset of a project, you should take the time to effectively outline your expectations in terms of communication. You should put together some guidelines and ensure that every member of your team is presented with a copy. Team members should regularly get together and share regular updates.”

We completely agree with his approach. There should be multiple check-ins between designers, developers, and the team at large to make sure the project is on the right track. Quick fixes early in the process will save the entire team time. And beyond that, make sure the team agrees on where documents will live and the best ways to communicate (whether that be email, Slack, etc.). Having a central hub where team members can check on the current status and communicate will help with transparency.

Stellini takes the need for communication further and reminds teams to always think of their end-user. He explains, “Designers and developers have their own assumptions about the product. To leave no room for any discrepancies, they should start communicating as early as possible and nail the core of the problem right from the beginning. Designers and developers should always work with the end-user in mind.” Grounding a project in user research makes sure that bias or opinions don’t creep in. After all, a successful product solves an issue for the customer, it isn’t time for you to decide what your own ideal solution would be. Approaching products with a customer-first mindset will ensure the final product will be something that they will love.

At times developers and designers can speak different languages, but developers need designers to know how to translate into developer-speak. This leads to confusion at best and delayed sprints at worst. Building off of using straightforward communication, Tom Winter, co-founder of DevSkiller, offers, “Learning to describe your intentions and goals with the product can be hard when we are talking about art and code. Draw diagrams and other such examples to help you illustrate your points.” Drawing things out might not be effective for all teams, but it is essential to find the right language and use it consistently. When both roles understand what the other is after, they can build out their requests with this already in mind. 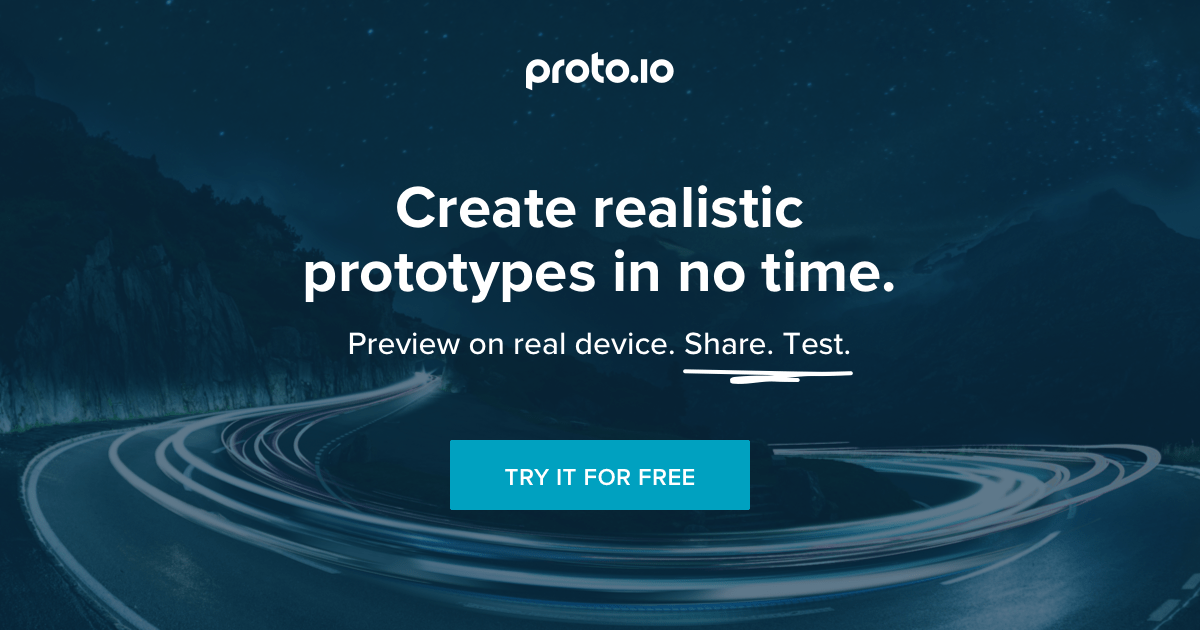 3. Not Everything is Possible

An important part of any project timeline is a healthy dose of realism. Not every beautiful thing that pops into a designer’s head will look as good in reality. To combat this, Winter reminds designers to “Temper expectations and understand when something is not possible. Do not get hot-tempered because something that you want cannot be fulfilled!” After all, team members were chosen for their expertise. They know what will work and what could use some rethinking. Developers need designers to know that being realistic is the only way to ensure deadlines are met.

4. Be Ready to Compromise

That brings us to our next piece of advice for designers from developers. Since there are limitations to code, compromise will be crucial to keeping the project moving. Winter breaks it down: “Understand that the product will only work if they make compromises with each other. Something’s gotta give, and sometimes it will be you, and sometimes it will be the other party. Try to come together to a happy middle when it comes to your projects.”

5. A Little Bit of Overlap Goes a Long Way

All designers need to know the basics of coding, and developers need to know what constitutes good design. This small overlap in expertise goes a long way because developers need designers to know their role (and vice versa). Empathizing with their counterparts will mean that designers are more able to suggest feasible designs. On the developer side, coders will have a better understanding of what designers are trying to accomplish. In either case, if there is an easier way to get to the goal, even a small amount of overlapping knowledge will make it more likely that it will occur to someone and save the entire team time.

Jason Beres, SVP Developer Tools at Infragistics, takes it a bit further by acknowledging how much this has to do with the war for great talent. “This rising demand for developers—yet widely documented shortage of technical talent—is fundamentally changing the roles of developers and designers and the dynamic between them.

“Whereas designers were once solely responsible for dreaming up beautiful interfaces, they’re now often expected to define the entire front-end UI/UX experiences for users. And because they’re the direct gatekeepers to overloaded developers, they’re critical to eliminating anything that could result in extraneous coding or lack of clarity before handing off projects for development.”

Apps and websites are never created in a vacuum. They require collaboration and understanding. Being able to see another team member’s perspective means that everyone can make progress faster.

6. Collaboration Tools Can Save Hours

Dawid Karczewski, CTO at Ideamotive, believes that developers need designers to effectively use in-common tools. He urges designers and developers to lock down the tools they will use and move forward in-sync. “To make the cooperation as smooth as possible, developers and graphic designers should work on the same project management tools created for beneficial brainstorming, exchanging feedback, insights, and ideas.

“Jira and Trello are great examples of that kind of tool, and we use them on a daily basis. Jira supports agile methodologies, facilitates work with scrum, allows bug tracking, creating tasks and subtasks, delegating them, and controlling work time, whilst Trello helps us being more productive, especially during the remote work era.” No matter what tools you choose, all team members must buy-in. Any confusion about what is happening when or what is housed where causes costly delays.

Beres echoes Karczewski’s sentiment, “This designer-to-developer handoff has long been a source of frustration and animosity among design and development teams—and inefficiency and lost productivity for companies. It’s also one of the greatest opportunities for transformation. When designers work in one tool or platform and developers work in another, it makes collaboration and communication more difficult. The key to eliminating silos and enabling design and development collaboration is by providing a single common platform which eliminates messy handoffs, accelerates delivery, and drives down cost.”

Designers and developers need to get and stay on the same page for the duration of the project. Using prototypes can be a great way to get all stakeholders aligned. While prototypes are often viewed as a tool for designers, there is a strong case for developers using mobile app prototypes as well. Having a visual representation of what the team is setting out to create helps members raise issues early and move forward toward a common goal.

What do you think developers need designers to know in order to work together more effectively? Let us know by tweeting us @Protoio. 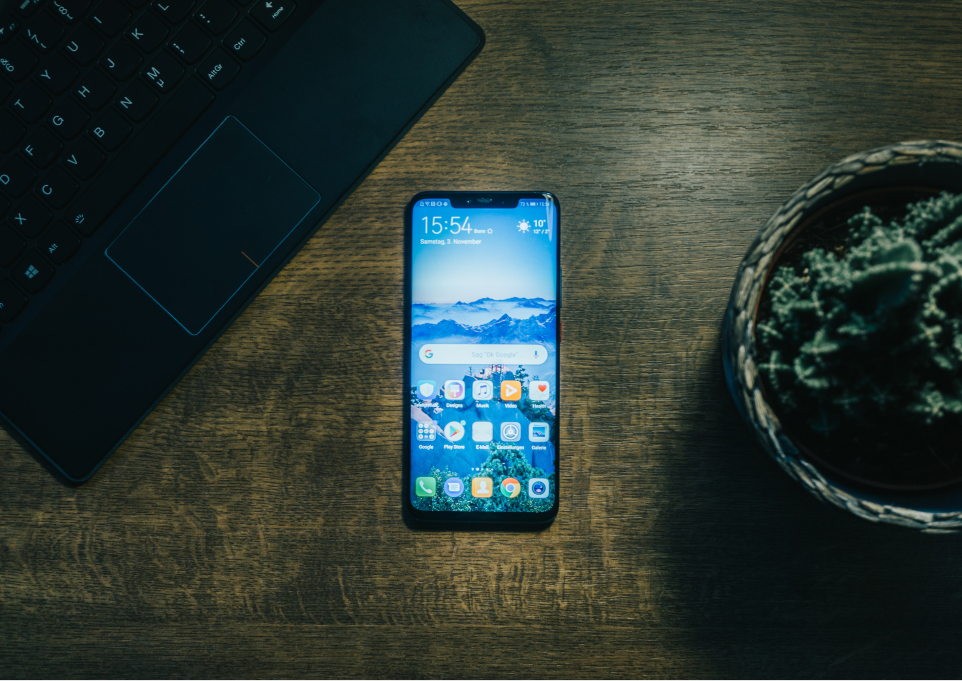 7 App Ideas that Need to Be Made 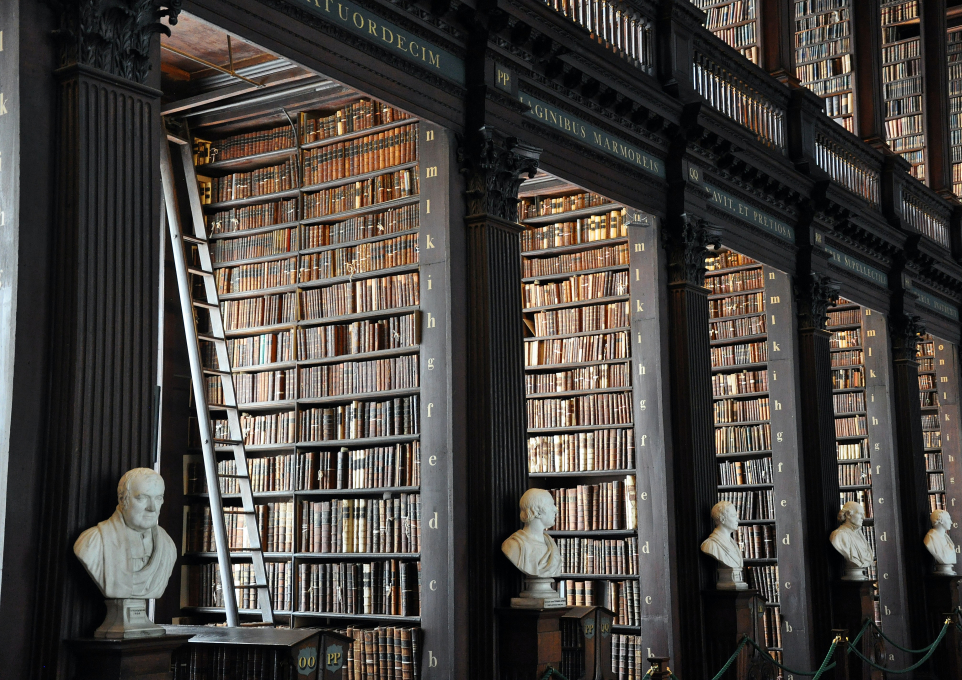 5 Design Philosophies that Stand the Test of Time 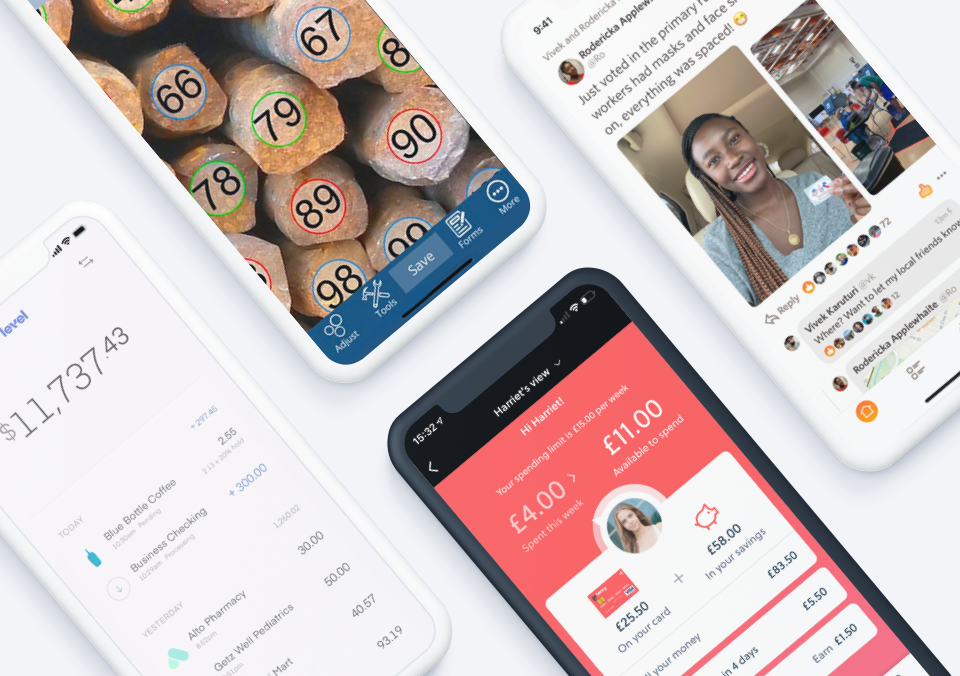 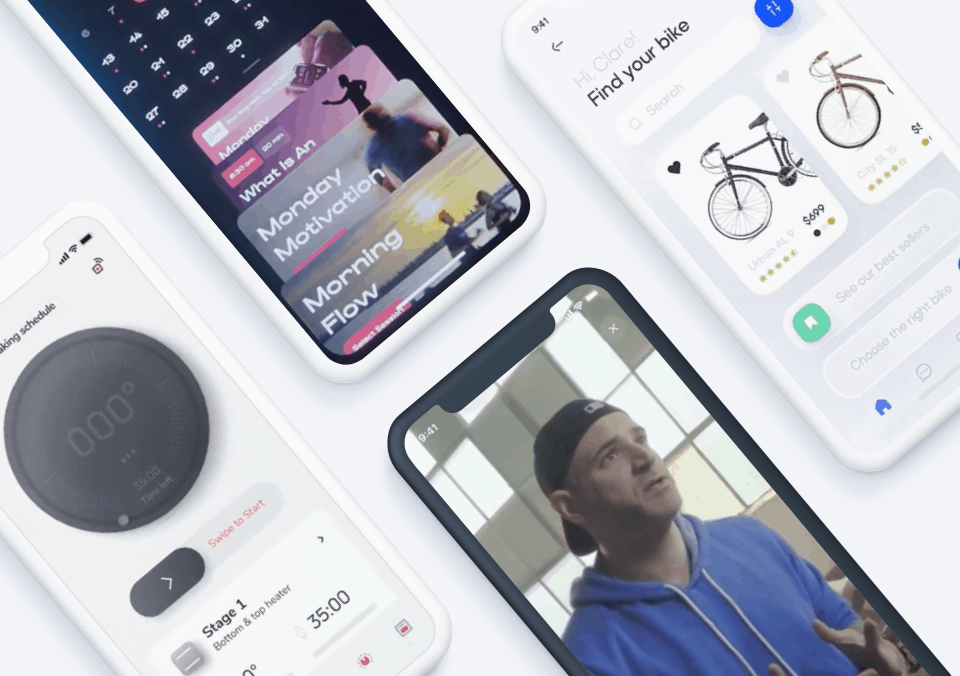 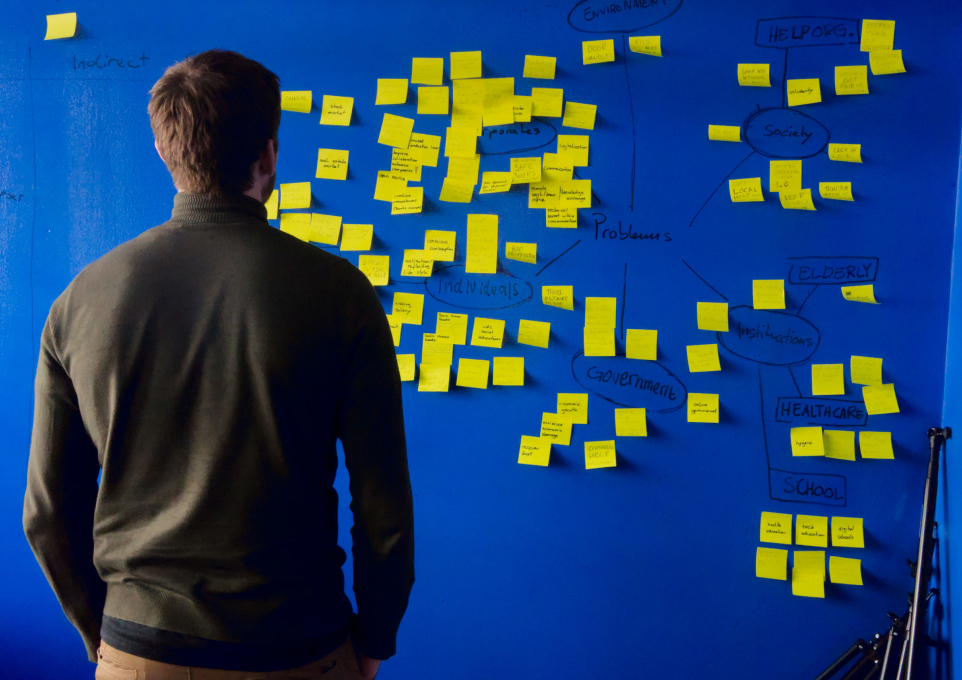 How to Determine Your Top Product Features 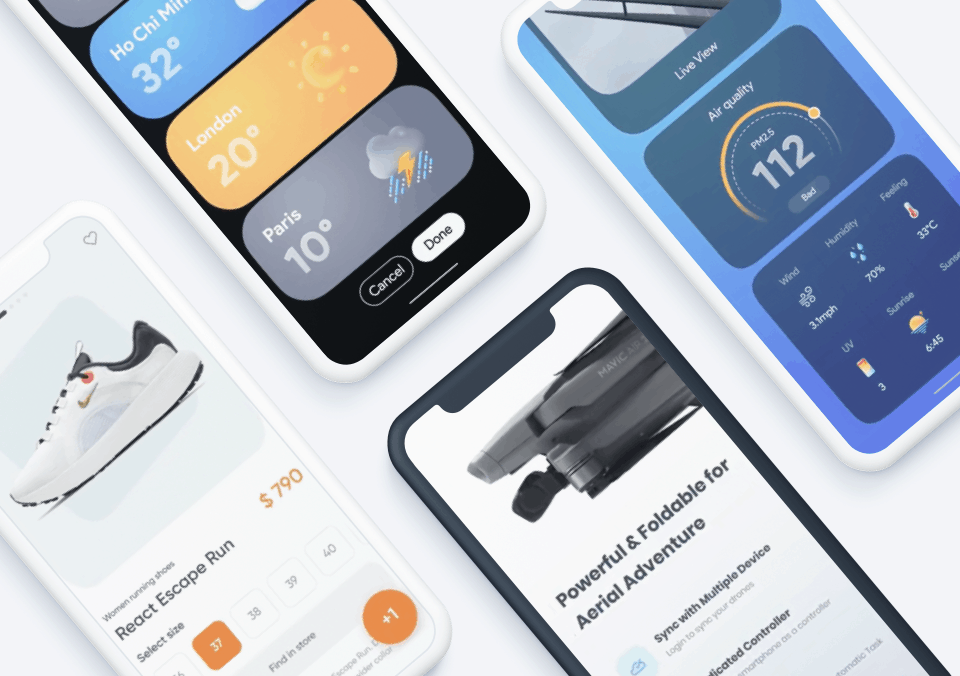