Developing mobile games is no longer about somehow squeezing every drop of processing power out of technologically limited hardware. Dazzling graphics, sophisticated sensors, and ever more accessible and powerful mobile app prototyping tools have opened up possibilities that designers have only begun to explore.

Things like worldwide AR games that blew our minds a few years ago are well-established genres now. The real innovation is coming through creative designers who are able to build engaging new worlds everyone can enjoy.

Audio-Only: Immersing Mobile Gamers in a World of Sound and Suspense

Immersive and vibrant graphics have long been one of the key ingredients of successful video games. From early console systems pushing the limits of what we now think of as outdated technology to recent blockbusters, industry leaders have competed to provide the most dazzling, immersive and often, over-the-top visuals possible.

Mobile app gaming and the growth of indie development has opened the door to other approaches. Many highly successful mobile games have opted for simple, understated or even retro visual styles over the “more is more” approach of the AAA designers.

However, the deceptively simple style of mobile gaming apps has often hidden a very sophisticated, visually-oriented approach. Believable physics, appealing character, and world design are what separate the winners from the also-rans — particularly for mobile games with simple gameplay concepts. After all, if Angry Birds hadn’t had those delightfully bubbly cartoonish avians, it would just be, well, that castle game you probably wouldn’t remember.

The importance of look in gaming is what makes the growth of audio-only or audio-focused mobile games so interesting. While innovative use of audio effects has been a major feature of games before (particularly in the horror genre), designers are using it in new ways, with mobile worlds built exclusively from the sound.

Audio-only gameplay isn’t technically new. In fact, there are hundreds of audio games, from classic arcade shooters and beat-em-ups to epic adventures using audio-only gameplay as a means of accessibility. Developers have created design approaches like the Universally Accessible Games (UA-Games) to enable gamers with different ability levels, including visual impairment and physical disability.

One example is the 2006 Access Invaders, a Space Invaders Clone with an intriguing array of options for gameplay and control. The non-visual version of the game uses spatial sound to queue the player into the position of the spaceship and alien ships, along with modified gameplay (for example, aliens do not fire at the player in non-visual mode).

However, these games have often focused on bringing the mechanics of traditional arcade or adventure games to an audio-only experience. Recent mobile app audio games have brought a new approach, focusing not on overcoming the limits of graphics-free gameplay so much as exploring the drama and intensity an audio-only game can provide.

In many ways, that new direction started with the release of Papa Sangre. The critically acclaimed survival horror game had players navigating a 3D world based entirely of sound, as they evaded monsters and gathered collectibles in the darkness. That was followed up by an imaginative sequel, Papa Sangre II, set in a new and chilling world. Narrated by the voice of Sean Bean, the game challenged players to escape from the land of the dead — an experience that plays every bit as frightening as it sounds.

If audio-only is a little too minimal for your tastes, Dark Echo might be a perfect choice. The game took the audio gameplay format and added beautiful sound visualizations on screen, which help you find your way around the echoing chambers of a hidden world. The visualizations are abstract, and while they add to the experience, you’ll still depend on your sense of hearing to navigate the dark, forbidding chambers that surround you. 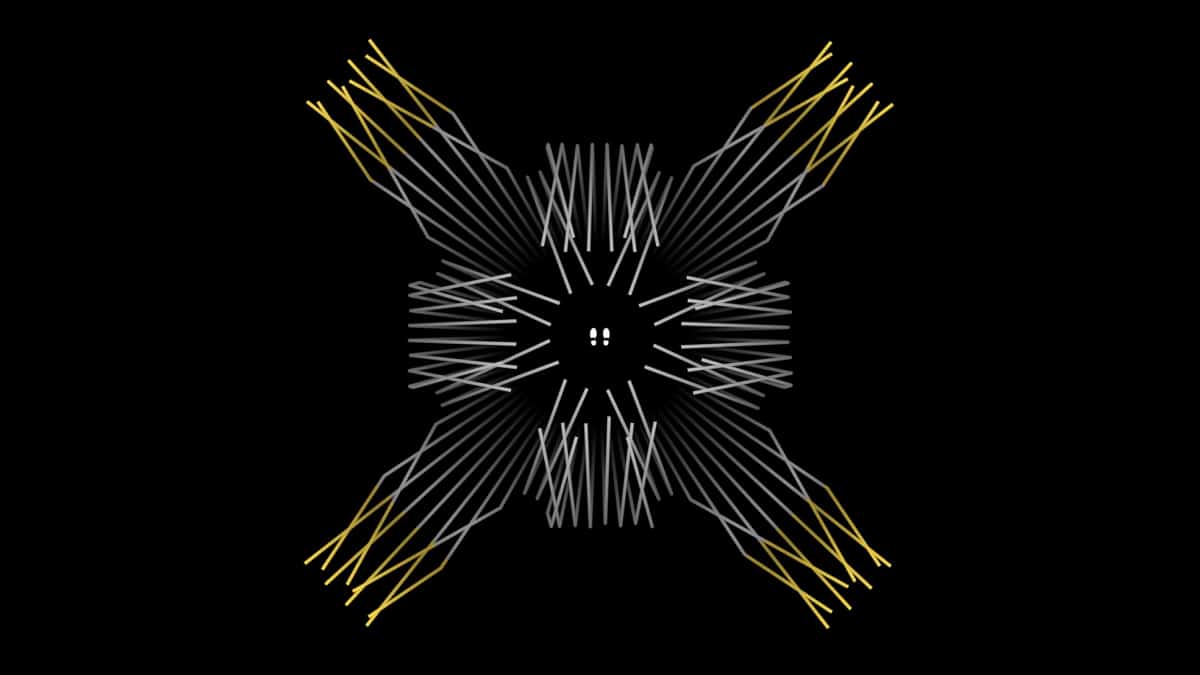 So is audio-only gaming going to be the next big thing in mobile app gaming? We think it’s unlikely. Putting in your earbuds and closing your eyes is a novel and immersive way to the game, but it’s no substitute for the stunning visual worlds mobile gaming creators are building on a daily basis. But if you’re a game designer looking for ways to do more with less, rethink world building, and stoke your players’ imaginations, it’s a great place to find inspiration.

Story-focused video games have been around forever. Interactive fiction games date at least to the late 1970s, and story-driven games have been a feature of both console and computer gaming ever since. But mobile has been less associated with the genre than other platforms. That has started to change in the last few years, as developers have brought rich storytelling to both mobile ports of existing games and dedicated mobile-first gaming.

Some of the most widely acclaimed story-driven games have come from Telltale Games. Set in popular franchises like the Batman universe and The Walking Dead, their games combine deep interactive elements with arcade action. You determine the plot by making choices for the characters, and the need for quick reflexes at unpredictable moments helps immerse you in the story.

For mobile app gaming designers, the growth of mobile-first story-driven gaming is even more intriguing. The Chaos Rings series from Square Enix brings the quest-driven progression and rich tactics of a JRPG for a mobile audience (it was originally released for iOS and Android, with a PS Vita version released later).

While the format will be familiar to console gamers, the game incorporates familiar mobile twists such as mana that recharges in real-time, and a gameplay leveling mechanism that evokes the popular mobile genre of card-based combat. 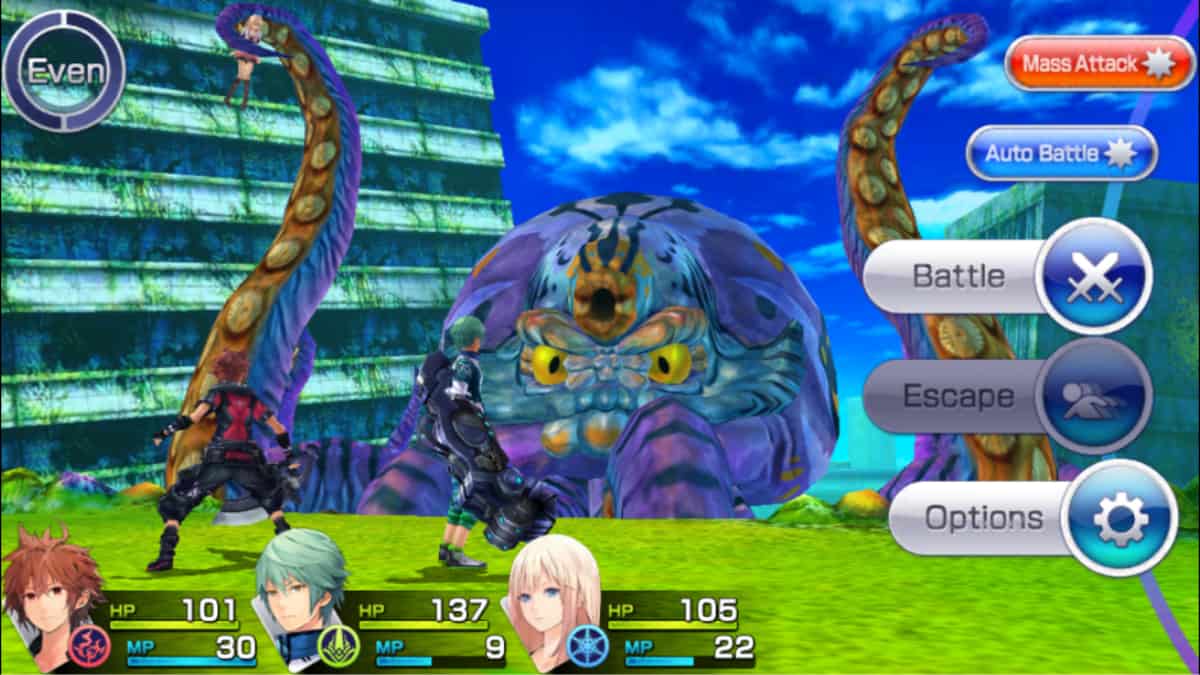 Augmented Reality Games Blur the Boundaries Between Gaming and Life

As a pop-culture phenomenon, augmented reality hit an early peak with Pokémon Go. Released in 2016, the game demonstrated the dazzling immersive potential of AR, which captured the attention of media (and players) worldwide. But while the tech hype moved on, the games never went away. Quietly — and with little fanfare — they’ve been getting better and better.

Niantic Labs, the creators of Pokémon Go, continued to push the limits with Ingress Prime. A Unity rebuild of the mobile game Ingress (which was originally released before Pokémon Go), Ingress Prime immerses players in a science fiction where two rival factions recruited by AIs vie for control of the globe. Like Pokémon Go, it’s a social game based around interesting locations, making it a great way to explore, exercise, and make friends for those who prefer a darker setting.

The game offers both single and multiplayer modes and can be played anywhere. In the multiplayer mode, one player assumes the role of treasure protector, who creates a map and clues for the other players (the treasure hunters). Allowing one player to create a real-world map for others makes the game wonderfully customizable, and creates a fun and novel dynamic for group play.

Mobile app gaming designers have also done some intriguing reimagining of the board game experience, with games like AR Smash Tanks (available on iOS). As the name suggests, the app is a battle between two rival teams of tanks.

Using a turn-based strategy game, players fight to eliminate each other’s tanks on a small battlefield imposed on a flat surface, such as a table or floor. The game combines the social and location-based fun of turn-based strategy board games with features that only mobile app gaming can provide, such as random power-up drops, destructible terrain, gesture control, and satisfying explosions.

Multiplayer battle arenas (or MOBAs) have been a PC gaming staple for a while now, with games like DOTA2 and League of Legends earning massive worldwide followings. However, battle arenas haven’t been a big part of mobile gaming until recently. Battle, with its complex mechanics and controls, pose some challenges for mobile interfaces.

But as mobile developers have cracked the code, combining the tactical depth, fierce competition, and dazzling graphics of battle arenas to the mobile gaming market, the results have been electric.

Some mobile-only battle arenas combine the classic experience of online battle arenas with a refined mobile UI. In Arena of Valor, players can choose between dozens of characters with unique abilities, and compete in a team or individual matchups. The game is quick and fun for casual matches but provides enough complexity for genre veterans.

Others games like Brawl Stars bring battle arena elements to a lighter, more casual, and quintessentially mobile experience. The game combines an appealingly cartoonish look, quick, intense matches, and a progression system that rewards players for their dedication to perfecting their combat skills.

Players compete in a variety of different matches that unlock as they progress. In traditional battle arena form, the game also offers a fairly extensive roster of characters, which accommodate different play styles well. However, the simple gameplay and zany look of the game makes it very accessible for both mobile app gaming enthusiasts and fans of more traditional battle arena gameplay.

Mobile gaming has never been more creative or more accessible. Powerful technology and intuitive tools have enabled designers to focus less on technical limits and more on the limits of their imagination. Whether you’re a pro game designer or a newcomer just starting to work on your first game, Proto.io can help you build, test, and bring your ideas to life.

To learn more about how to build your blockbuster, check out The Science Behind Addictive Mobile Games. Or, take a dive into game design history with 10 Landmark Video Games That Changed the Industry Forever.

Have a great mobile game you’d like to tell us about? Let us know by tweeting us @Protoio!