How have video games evolved over the last 40 years? Pinpointing landmark video games that transformed the industry helps shed light on the game industry’s legacy. Let’s find out which video games have made a lasting impact on game developers and gamers.

Before Pong, there was no game industry. The year was 1972, and video games were not yet a billion dollar market. At that time, arcade games and home game systems made menial profits. In fact, when the home version of Pong was released three years later, consumer analysts still didn’t think video games would ever be successful, especially as a home good. The makers of Pong proved them wrong. The Pong cabinet game was such a huge success that makers Nolan Bushnell, Allan Alcorn, and Ted Dabney decided to make a home version that would be manufactured under the company name, Atari. What happened next was completely unprecedented: the home version of Pong was an instant success. It sold 150,000 systems during the 1975 Christmas season, and that’s why it’s thought of as the game that launched the industry. Pong showed the world that games have a place in the hearts and minds of the average person. 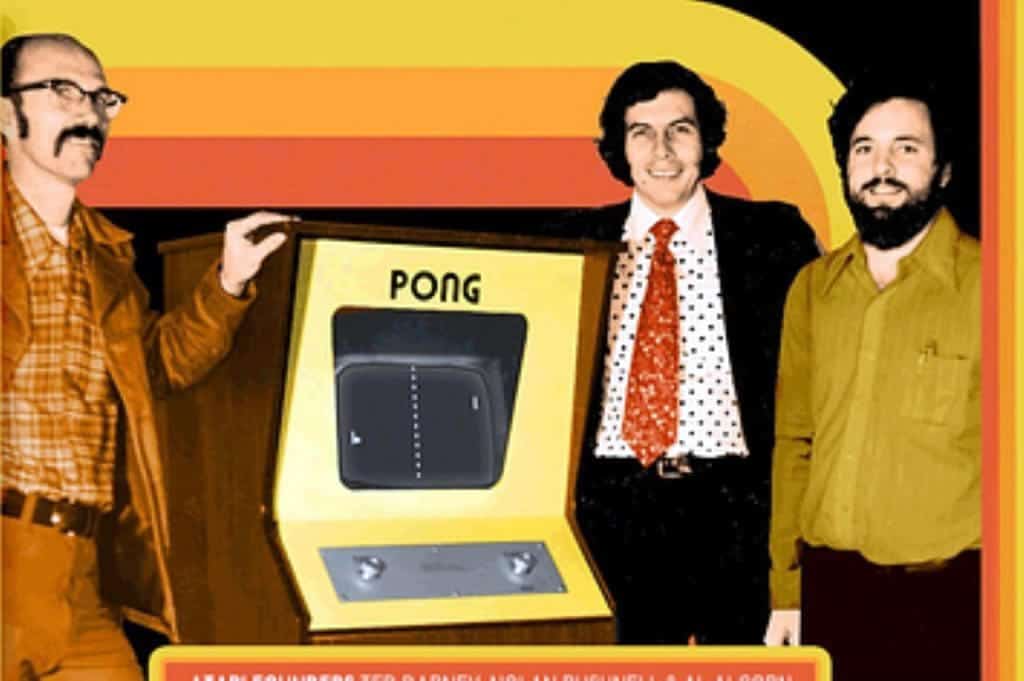 By the time Mario 64 was released in 1996, Nintendo already owned the game industry. They released Mario 64 with the Nintendo 64 after manufacturing two tremendously successful game systems, the Nintendo and the Super Nintendo. Just like all three of these home game systems changed how the world plays video games, Mario 64 changed the way developers make games. Prior to Mario 64, video games were two dimensional. The earlier Mario games are referred to as 2D games because players could only move left, right, up, and down. In Mario 64, players could also move forward and backward, as if their character were on a 3D plane. With this change, Nintendo effectively introduced 3D game design. This technological feat required the development of a revolutionary in-game camera system and implemented 360-analog controls for the first time. Developers still revere Mario 64 as the origin of console gaming in 3D. 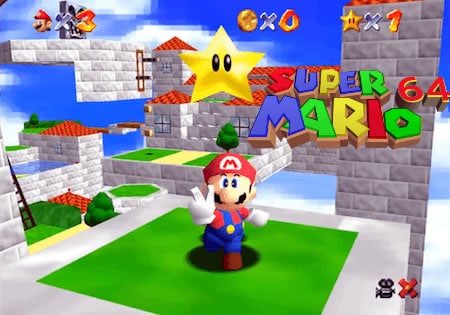 First person shooters (FPS) are probably one of the most popular game genres. When Wolfenstein 3D was released in 1993, there were few FPS games on the market. Creators John Carmack, Tom Hall, and John Romero had big dreams for their company iD Software, but they probably couldn’t have guessed they’d set the standard for an entire game genre. Romero, Hall, and Carmack wanted to develop a fast paced, action packed shooter that was a little more violent than other games in the genre had been at the time. The result was a game that most developers consider the prototype for run-and-gun video games. Nearly all video games in the genre thereafter used the Wolfenstein 3D design model, including Romero, Hall, and Carmack’s very own Doom. The FPS genre wouldn’t be what it is today without the innovative gameplay found in Wolfenstein 3D. 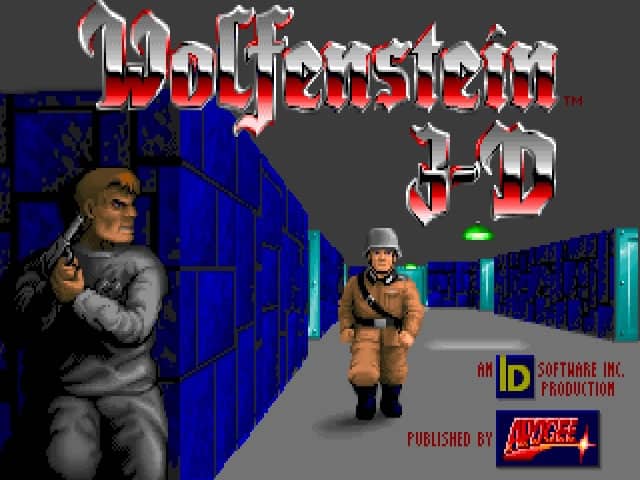 Before Mortal Kombat, video games could simulate ripping out hearts without getting an “M” rating from the Entertainment Software Rating Board (ESRB). In 1991, there was no regulatory board for video games in the United States. Developers could theoretically develop any type of game, complete with blood, death, and gore. It’s unlikely that the makers of Mortal Kombat intended to spark a nationwide debate about violence in video games, but critics of the video game industry used the game’s “fatality” feature to advocate for the creation of the ESRB. At the time, no one was regulating who could buy violent video games, and Mortal Kombat became the poster child for why video games needed to be rated similar to movies and music. Now the ESRB gives ratings that determine how old a person has to be to buy a certain game. 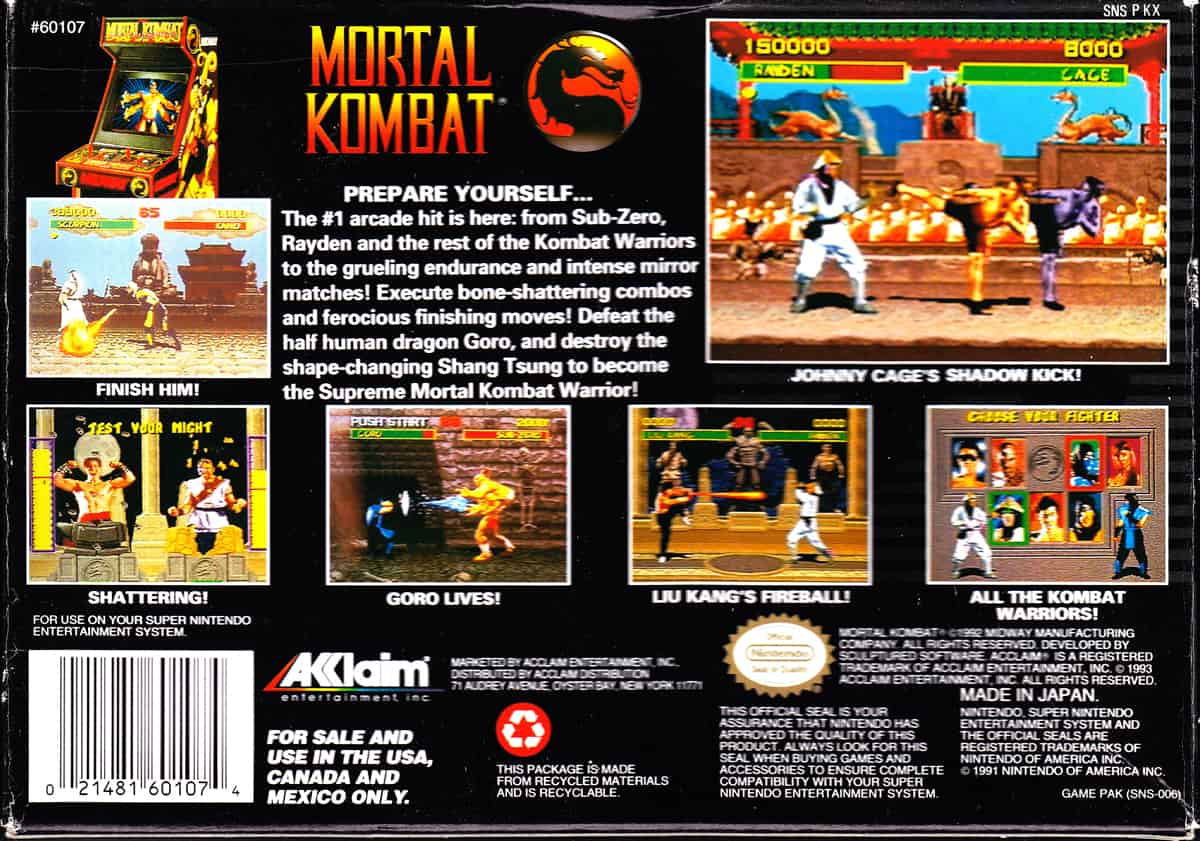 Nintendo is the only company that could reasonably make a top ten list twice for two games from the same system. When The Legend of Zelda: Ocarina of Time was released for the Nintendo 64 in 1998, 3D game design was still in its infancy. Nintendo had already managed to pull off a beautiful camera system in Mario 64, so for Ocarina of Time, Nintendo wanted to do more. They focused on exquisite level design, which incorporated a fixed camera that allowed the player to experience the world of Hyrule how it was intended. The game was widely anticipated, and Americans pre-ordered more than 500,000 copies that holiday season. Nintendo was pleased with Ocarina of Time’s reception because they desperately needed a first-party hit at the time. What Nintendo developed wasn’t just a hit; audiences and developers agree that it’s the most iconic 3D action adventure game and lasts the test of time. 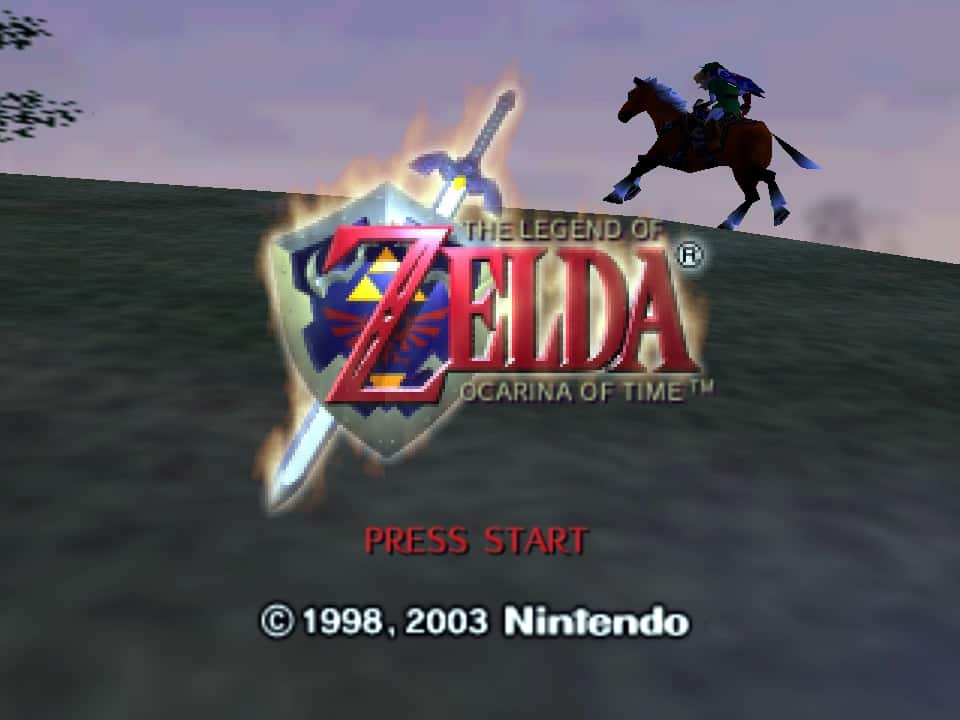 Role playing games (RPGs) are another staple genre in today’s game industry. Similar to iD Software’s breakthrough hit, Wolfenstein 3D, Square Enix’s Final Fantasy VII (FFVII) set the precedent for the role playing genre. When FFVII was released in the United States ten years ago, RPGs weren’t anywhere near as popular as they are today. Actually, FFVII is often credited with popularizing RPGs in the American video game market. For the first time, American audiences were captivated by a deep storyline and relatable characters, and they weren’t the only ones. The storyline coupled with revolutionary controls won over the hearts of gamers across the world. FFVII sold more than 6 million copies throughout the world, and is largely considered the pinnacle of storytelling in games. FFVII showed the game industry how to make a worldwide phenomenon out of an interactive story with action and adventure. 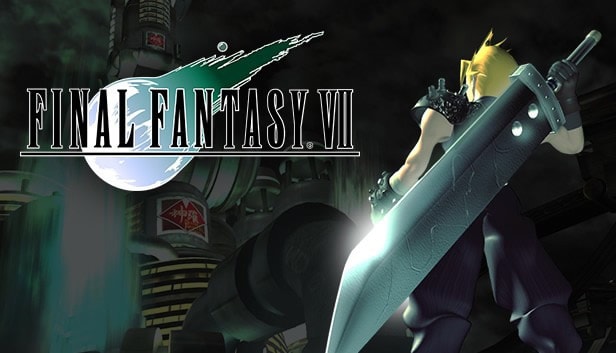 The indie game Braid still has developers and gamers debating whether video games can be considered art. What’s more, Braid made it okay for video games to be art. In 2008, the gaming market was flooded with Triple A titles repeating the same old tired gameplay. Major game companies were making big bucks on trite game designs and boring art direction. Most companies played it safe and stuck to proven genres in order to continue bringing in steady revenue. Then, Xbox Live introduced their indie game marketplace. As an indie developer, Braid creator Jonathan Blow took risks in gameplay, level design, art direction, and player experience. Braid’s success on Xbox Live helped shift game development away from monolithic programming, art, and design teams, and back to lone, work-from-home developers. With one game, Blow helped birth an entire generation of indie game developers, and opened the game industry’s mind to games as art.

Few games can say they’re responsible for creating a genre. League of Legends is one of those proud few. It all started with the release of Blizzard’s Warcraft III, which offered players the opportunity to create a mod, or an alternate gameplay style using assets from the game that other players can experience. A group of Warcraft III players created a very popular mod called Defense of the Ancients (DOTA). In 2005, members of the original DOTA mod team decided to create a stand-alone game based on DOTA called League of Legends. With Blizzard’s permission, League of Legends was officially released by Riot Games in 2009 under the freemium model, and with that, multiplayer online battle arena video games were born. As of 2014, League of Legends had 67 million players worldwide, and in 2015, Riot gave out the largest prize in eSports history during the League of Legends championship of $2.3 million. 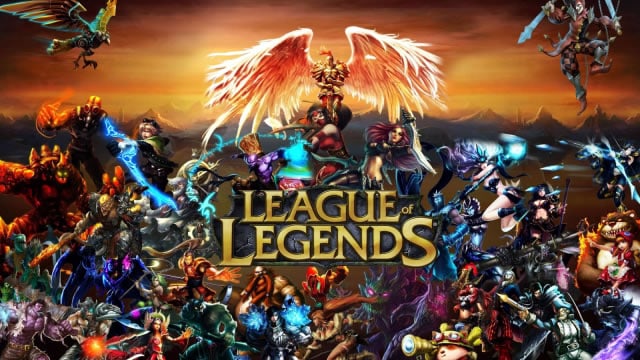 Many games before Minecraft claimed to be “sandbox” games. Ads for games like Grand Theft Auto told players they could go anywhere and do anything, but there was always an overarching storyline. Players invariably were forced into playing through a storyline in so-called sandbox games. That is, until Minecraft. The beauty of Minecraft’s gameplay is that it’s completely user generated via the sandbox world. Players can make anything their hearts desire in the Minecraft world. This gameplay feature alone is enough to keep players coming back. The addition of multiplayer and player mods has only helped build the case for Minecraft’s open-world genius. Because if its success, some game developers have abandoned the idea that players need to have rigid constraints like storylines and quests. Instead, video games can offer players replay value if they have great core gameplay that combines creativity and interactivity. 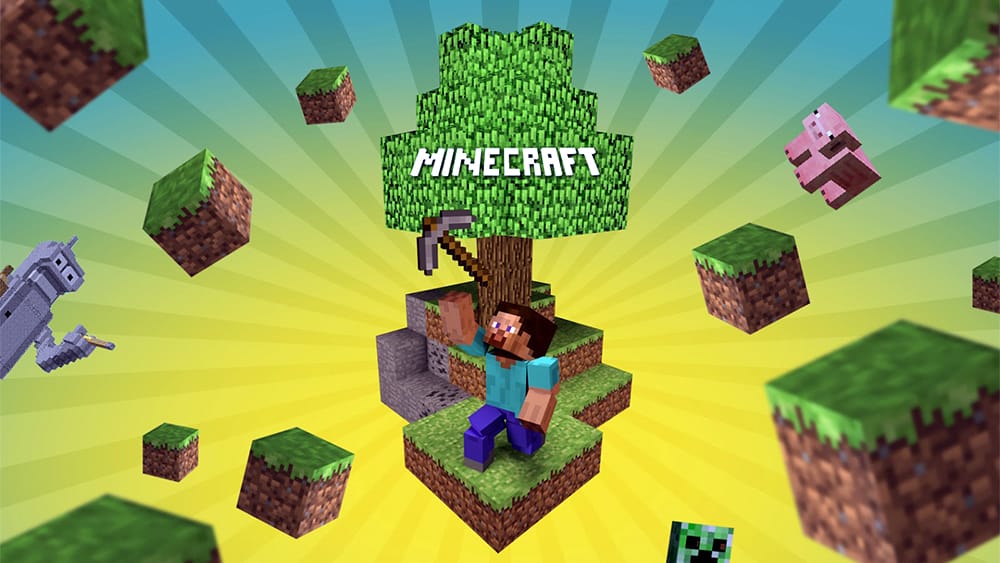 It’s only been a few months since Pokémon Go came on the scene, but it already has caused quite a stir in the game industry. That’s because video games haven’t traditionally included augmented reality, or AR, and those that did weren’t very successful. While the public might think augmented reality is something brand new, developers know it’s been around for quite a while, but no game had been able to capture an audience using AR. In fact, Pokémon Go creators at Niantic developed an augmented reality game called Ingress that basically flopped in comparison. Still, the success of Pokémon Go has lit a fire under most developers to find additional ways to capitalize on the augmented reality craze. Some developers are still skeptical about the AR trend’s longevity, but the fact remains that Pokémon Go has altered the way the game industry perceives AR. 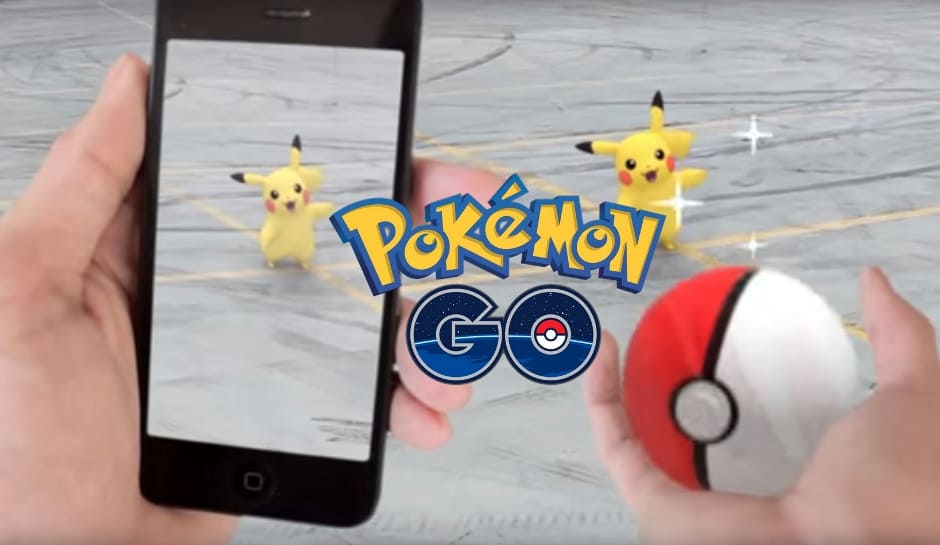 Video Games of the Future

There’s no telling what innovations are yet to come in the video game industry. One thing’s for sure: developers have to make creative video games in order to keep audiences interested. Take a note from video game developers, and never be afraid to innovate.