Why Productive Procrastination Can Be Beneficial

The new year is here and I’m sure you have a number of resolutions that you’re starting to put into action. If procrastination is one of the things you hope to work on this year, I’m going to address why that might not be the best idea after all.

College was the first time I started practicing productive procrastination. “Practicing” make be too generous of a term, as the weight of essays and readings drove me to it. I joked with friends that I got so much done when I had a paper due: laundry, planning my classes for the next semester, reading for every other class that had been impossible to get through before.

I eventually completed the essay by the deadline, and it often seemed that I spent more time worrying about doing it, compared to writing it. Why was it so much easier to do once I was in a time crunch? That might be a question for another time, but it turns out that my procrastinating might not have been so bad in the long run. Today we’re going to cover productive procrastination and why it might be good for you, especially if you’re a creative.

A Procrastinator in a Hyper Productive World

In such a productivity-obsessed culture, even discussing “productive” procrastination can seem a bit ludicrous. A quick search on Google for “procrastination” shows how we’re taught to think about it. Articles about beating procrastination once and for all and putting an end to lazy habits cover the first page. Not until the very bottom of it do we see something that states there could be merits to the practice.

While I’m all for to-do lists and knocking out major projects, I think that the mindset you use while procrastinating can help generate more productive ideas. Not every task must be done today. Prioritization is important, as is breaking down big tasks into manageable pieces. 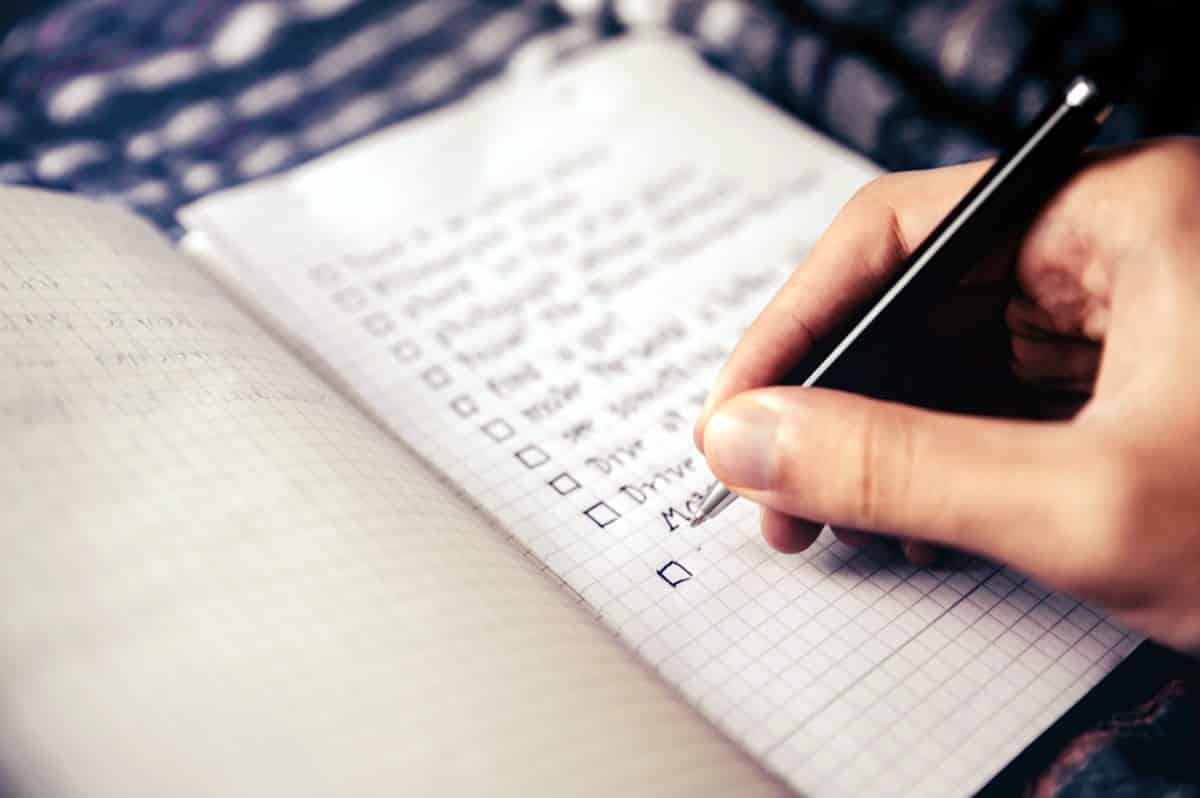 Productive procrastination is far from being lazy, in fact, it helps you complete other tasks on your to-do list that would usually bring you very little joy. The simple act of avoiding one task rearranges the way your brain considers the entire list and helps you do something else that is also important.

The way you organize your to-do list impacts your ability to practice productive procrastination. Because if you only have one giant project you need to work on, you might end up on Facebook or Instagram, completely overwhelmed. However, if you have a number of other, smaller projects on your list, then while you tread water on your main project, you’ll also be getting other tasks completed. Having options of what you can do besides your main task helps you stay on top of many things at once and keep your creative wheels turning.

Some of my best ideas seem to come to me out of the blue. These epiphanies don’t usually arrive when I’d like them to or when I’m sitting in front of my computer, staring at a blank document. Instead, they come when I’m reading articles and suddenly two concepts connect in my mind and sometimes they come when I’m doing something completely unrelated, like grocery shopping. Giving yourself the opportunity to generate these ideas sometimes means putting the main task off for a bit.

The Semantics of Productive Procrastination

The term “productive procrastination” was coined by Piers Steel who is a psychologist at the University of Calgary. On the other hand, there is also “structured procrastination,” which is what John Perry, philosophy professor at Stanford prefers to call it.

While their wording differs slightly, they both take the approach that procrastination can be a positive force. What you do during your procrastination matters and defines the entire practice.  It boils down to how you use your time, while procrastinating and even when you’re on-task. Procrastination can then become a long brainstorm, instead of an involuntary stress-inducing behavior.

No matter what we decide to call this type of procrastination, it’s important to see that it is multi-dimensional. Your disinterest in doing one task can inspire you to do something you typically put off. Later on, you may feel more pressed for time, but this doesn’t have to be a bad thing. Procrastination boosts efficiency, even if that’s because it’s required now that you’ve imposed a tighter timeline on yourself.

A New View of Procrastination

Maybe we’ve been approaching procrastination and productivity wrong all along. I believe the two are much more compatible than one might think. Back in college, the time I spend avoiding a task actually allowed me to mentally work out the possible ways to tackle it. It allowed for divergent thinking and longer term problem solving. While I might not have been actively working on it, I had the time and space to think differently about it.

Procrastination is rooted in behavioral psychology. And pitting one task against another helps make procrastination productive. By that I mean, if the biggest task you have on your plate seems insurmountable, then the smaller tasks suddenly seem much more doable. This gets back to the contents and psychology of your to-do list. If you have a major app design to do, put it at the top of the list each day. While thinking of all the work you’ll have to do might make you sweat a bit, if you have user research and analysis of your previous version on your list, you’ll still be moving the larger project forward, even though it seems like you’re avoiding it.

Consider this: some of your favorite inventors and thinkers may also be procrastinators. Steve Jobs was a procrastinator, allowing inspiration to strike instead of forcing it out. Going back several decades, Robert Benchley, humorist and actor, explained in the 1930s why he seemed to get so much done. He was practicing productive procrastination, of course, yet others didn’t know that.

Benchley explained, “The secret of my incredible energy and efficiency in getting work done is a simple one … The psychological principle is this: anyone can do any amount of work, provided it isn’t the work he is supposed to be doing at that moment.” Through his humor, he explained how he constructed an entire bookshelf, on top of other feats, mainly because he was supposed to be writing an article at that time.

I am a firm believer that the best Ideas take time and procrastination happens to provide that. So are creatives more prone to procrastination? This is a contentious question, as it’s hard to study and very easy for confirmation bias to sneak in. But time can work wonders when it comes to generating new and creative ideas.

The Future of Procrastination

Productive procrastination has become almost an art form. It propels us forward in certain crucial tasks and allows us to mull over potential solutions to bigger problems. But it’s important to think of the effect that modern day society has on our ability to procrastinate in a structured way.

Back in Benchley’s time, there was no Twitter or iMessage or Slack. Now we have countless distractions around the clock that can negatively impact our productivity. They certainly don’t have to, but sometimes it is hard to switch off our devices that have programmed us to jump into action each time a “ding” alerts us to a new notification.

Does technology make us procrastinate more than we used to? This is a double edged question because, on one side, we have more tools to help us keep track of our tasks, beyond the age-old handwritten to-do list. We might use Asana, or Trello, or Wunderlist. But, on the other hand, we also have a vast internet to distract us. The very tools that we use to get work done (our computers, tablets, etc) are precisely what can send us into an hour of cat videos on YouTube.

Productive procrastination requires a healthy dose of self control to take on an alternate task that helps you in the long run, instead of getting you completely off track. So maybe the real lesson here is to break down big projects into a number of different sub-tasks. When one part seems particularly daunting, there will always be another piece of the puzzle you can work on.

Do you believe productive procrastination is worthwhile? Let us know your thoughts by tweeting us @Protoio!