What’s the first thing you do in the morning? For better or for worse, I check my phone. I check my email first and then get updates from friends on my favorite social media apps. Sure, many experts say you shouldn’t do that, but more than likely you do the exact same thing.

Apps give our favorite devices purpose and make them unique. With apps they’re so much more than pieces of metal, glass, and plastic. Studying the most successful apps of all time can paint a vivid picture of who we are as a society and what works best in the design community. 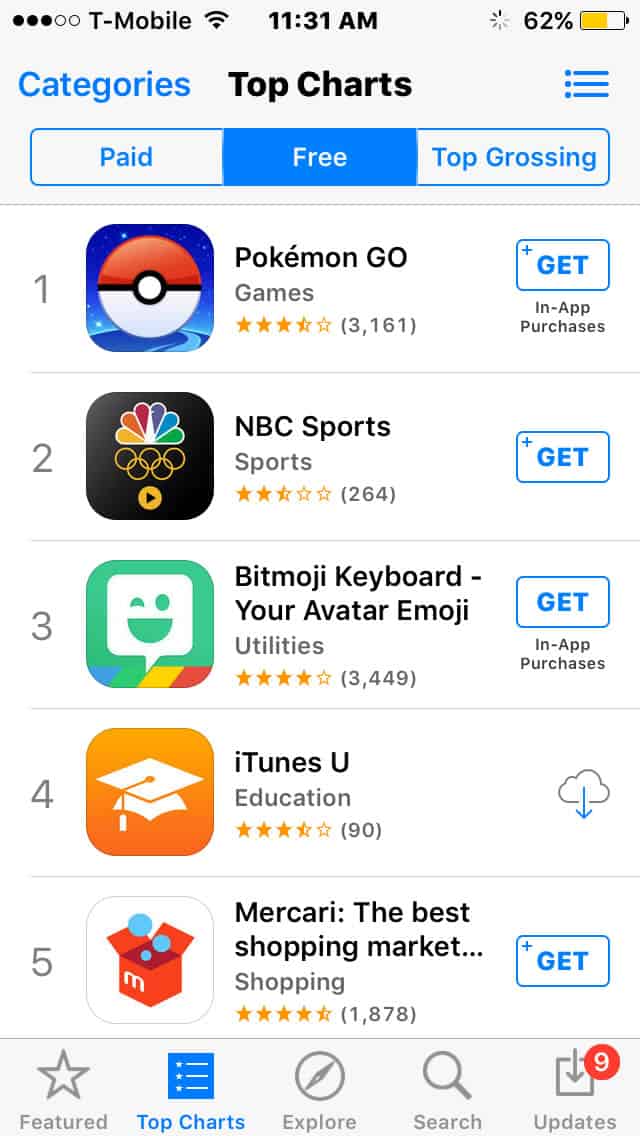 Last September App Annie released it’s list of the most successful apps of all time on iPhone and iPad. It tracked back to July 2010 and had some interesting insights into what products Apple customers find most useful.

The definition of the most successful apps can vary, so I’ll discuss both the most downloaded and highest grossing apps in terms of worldwide revenue. Afterall, some of the greatest apps are free and others show their power by how much users spend on them. (Note: App Annie’s data did not include games, so that’s why you won’t see Candy Crush here.)

Without further adieu, here is the list of the 5 most downloaded apps:

The first thing I noticed while looking at this list is that Facebook dominates. Three of the five most successful apps on this list are owned by them, so clearly they’re doing something right. Secondly, all of these apps are social in nature. Whether we’re having an interview over Skype or commenting on a friend’s picture on Instagram, connecting with people near and far comes first. 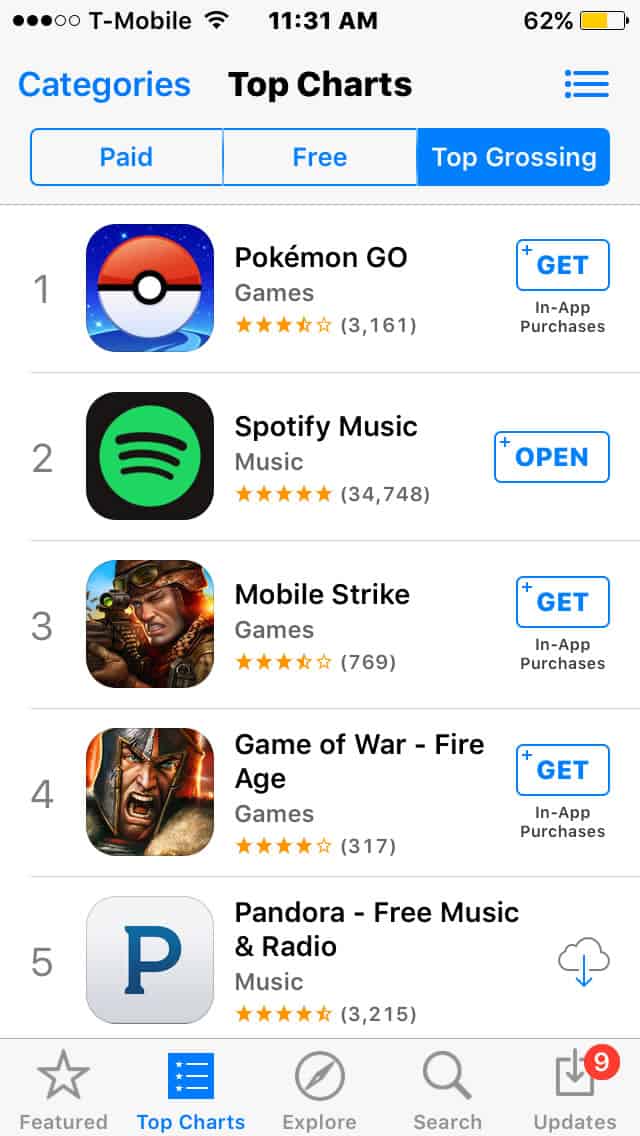 While this list of the top five most downloaded apps is very Facebook-centric, the most successful apps defined by the highest revenue make up a somewhat more diverse group.

This time, music takes the cake with social apps still having a very significant presence. Now that we’ve discovered the most successful apps, which ones should designers keep on their radar for inspiration?

Facebook safely owned the most downloaded list and for a good reason. With an estimated 1.71 billion monthly users as of Q2 of 2016, their choice to make mobile messaging through their platform a separate entity was destined to make it a smash hit. 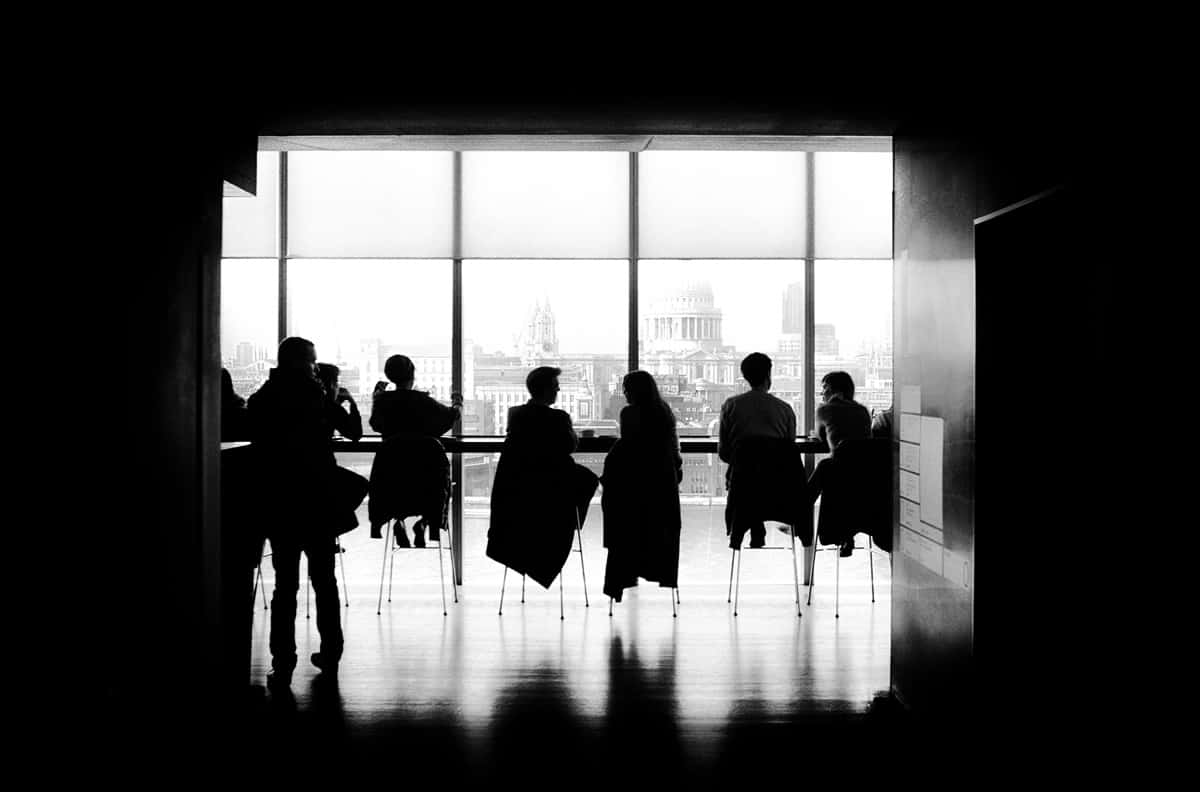 What designers can learn from Facebook Messenger is that it’s going to take a few tries to get it right. But you have to start by understanding how people will use the app you’re creating. You should build your app on the way your target user already does things to make it more intuitive. If your app flows naturally, adoption will be more likely and easy.

Everyone needs a soundtrack to their life and since 2008, Spotify has satisfied that need. Sure, it’s no Rdio (we miss you dearly), but its design has come a long way and made its interface easier to navigate for its 100 million active monthly users.

As of June, it was the only music subscription service to sustain that incredible number of users, but Apple Music is growing at a pace that keeps the current king of streaming on its toes. With that said, its design has to have something to do with keeping all of those users coming back because they definitely have alternatives. 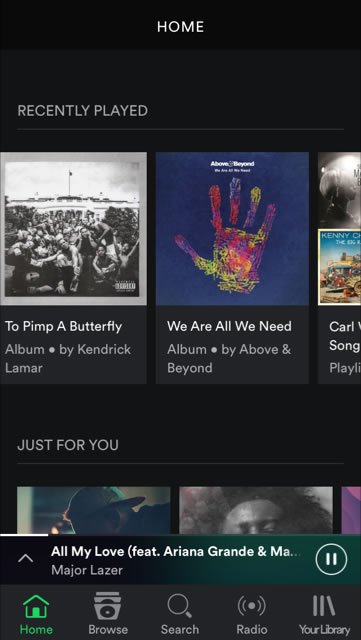 Here’s what makes it one of the most successful apps:

You might be the brightest designer out there, but industry standards and rules of thumb can only get you so far. User testing will tell you more than you could ever guess on your own and get your app closer to qualifying as one the most successful apps of all time.

Ok, so it’s not on the list, but I’m sure it will be all over App Annie’s list of top games this year. I didn’t get into games in this article because that’s another ballgame entirely, but it’s hard to ignore this one.

It’s just weeks old, but it has become nothing less than sensational. Since it’s release, it has reached 100 million downloads and generates $10 million in revenue a day. Not too shabby for a newcomer to the App Store. In time we’ll see if it create a permanent spot for itself as one of the most successful apps ever. 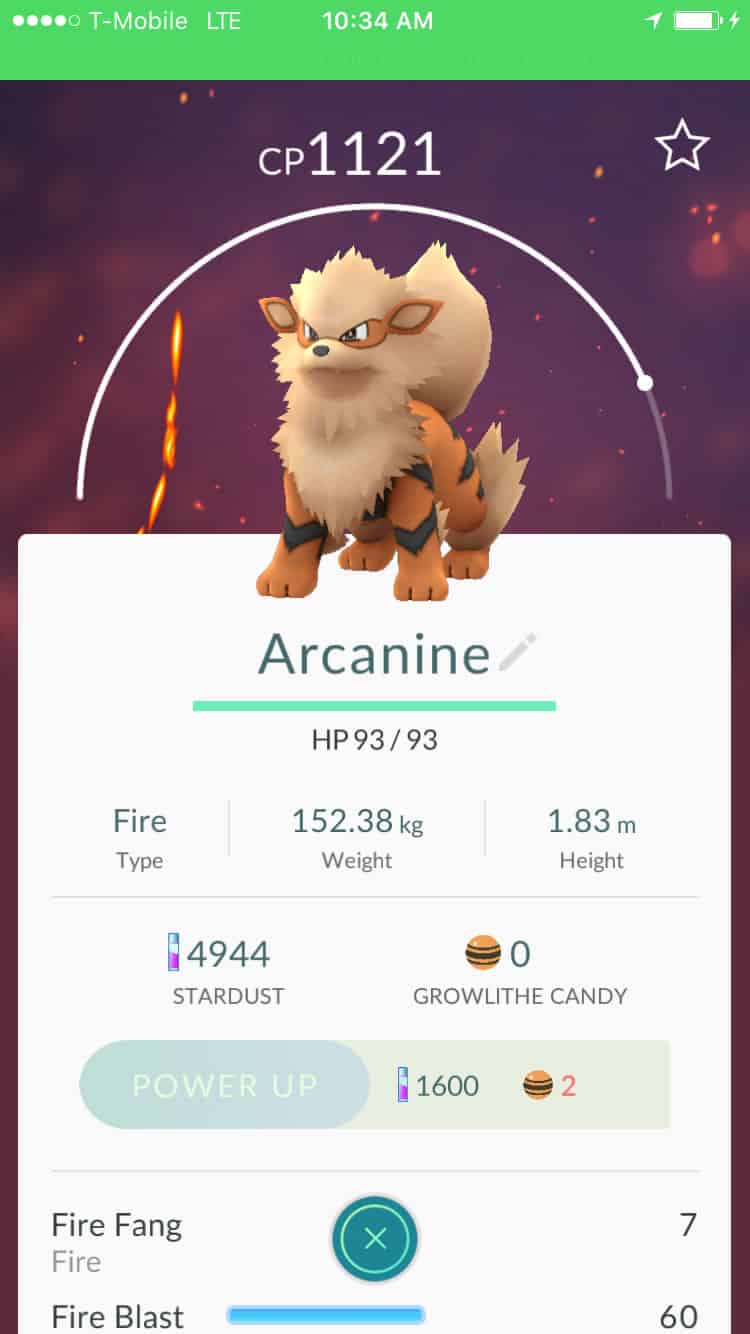 Here’s why I think it’s so successful:

Of course phenomenon like Pokémon Go are few and far between, but its presence has certainly supercharged the app economy. 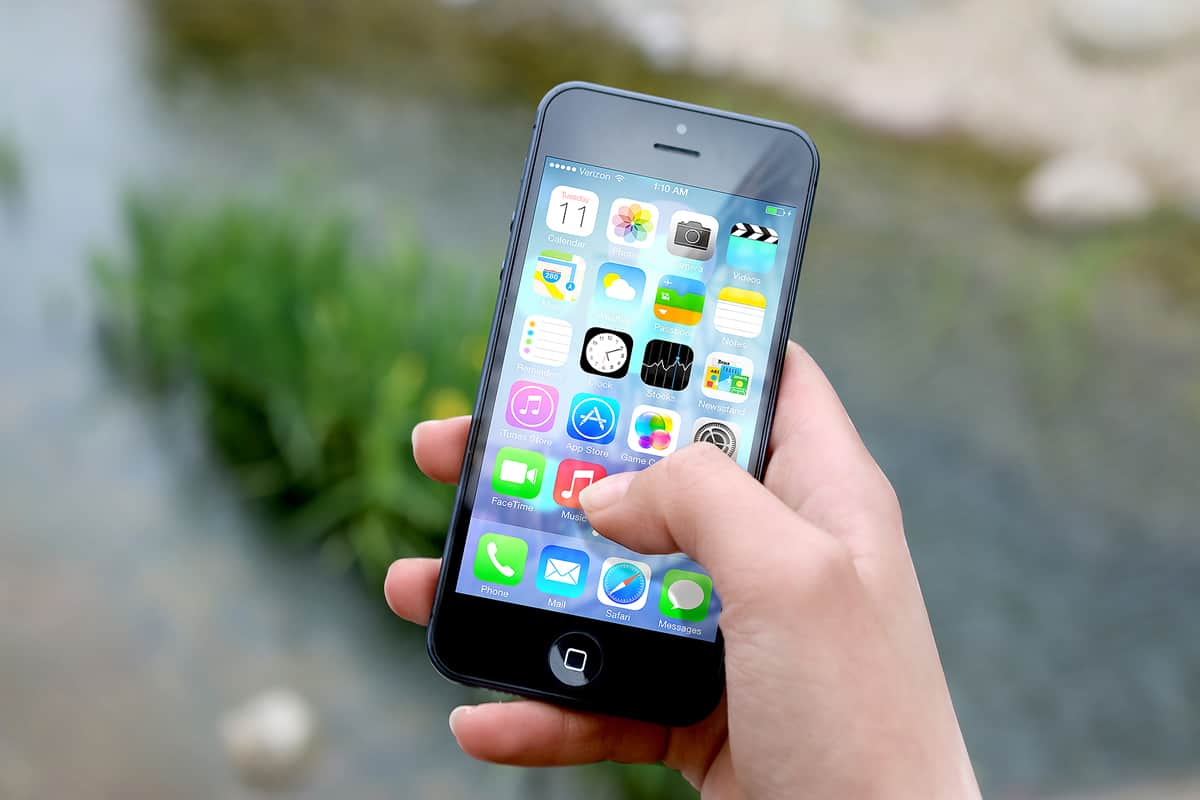 Main Takeaways from the Top Apps for Designers

With 2 million apps on the iOS App Store and 2.2 million available for Android users, standing out from the noise takes continued effort. Getting people to install, create an account, use your app, and continue returning is no small task. Many apps can temporarily rise to the top based on buzz, but it takes a lot more than that to stick.

Here’s a brief recap of what we’ve gone over:

Naturally, the most successful apps revolve around their users. If your app aims to help users communicate, learn how they’re communicating already on other platforms. Once your app fits neatly in with their way of life, it will be a convenient addition. 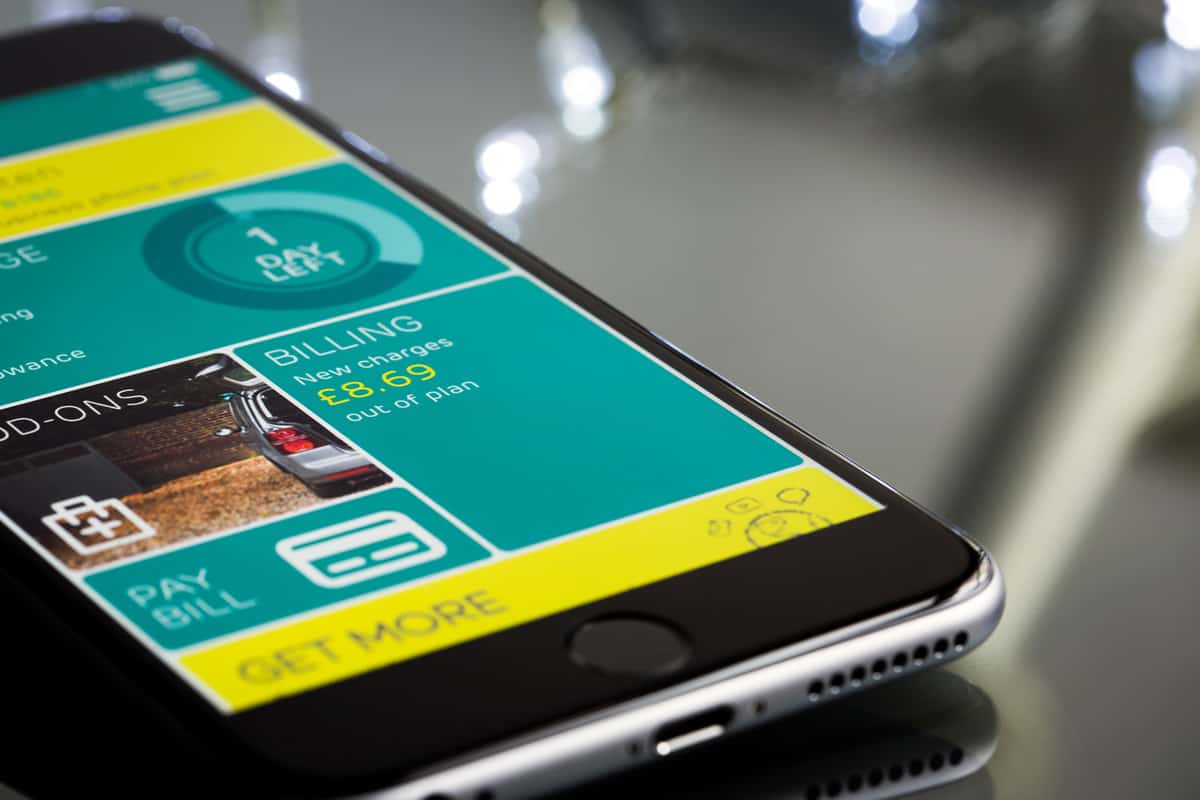 In order to find all of this out, it’s necessary to talk with your users or prospective users to learn exactly what they want. Testing the ideas that they come up with will expose the best way to implement changes to your app.

But the testing doesn’t stop there. There is no such thing as a perfect app because consumer needs and expectations are always changing. The longer these apps top the charts, the more designers can learn about the blueprints of most successful apps.