A Brief Recent History of AI

From Watson to Siri to Alexa

AI is everywhere: in our phones, our cars, in much of the software we use. But where did it all come from and where could it be going in the future? The history of AI is vast, and the term “artificial intelligence” itself dates back to 1956. Since the phrase was used for the first time, there have been many periods of intense innovation and cooling off, but we’re going to keep it to the past ten or so years for brevity’s sake.

To put this all into perspective, if someone had told you when you were a child that as an adult you’d be able to say “Hey, Siri,” and have a voice inside your phone answer back and help you with just about anything, you would have most likely written that person off as crazy. Yet, here we are. So, what modern examples of AI do we have that show just how far we’ve come? We’re going to go over some recent developments in AI to figure out how we got to this remarkable point in time.

Watson is a machine built by IBM that could not just spit out facts, but also make connections between various sources it had digested to come up with the right answers to Jeopardy questions. To get smart enough to compete against two of the best players in the world, Watson’s creators fed it innumerable amounts of information and programmed it with algorithms that would help it “rationalize” the potential answers and come to the correct conclusion.

The IBM team describes Watson as running, “on a cluster of Power 750™ computers—ten racks holding 90 servers, for a total of 2880 processor cores running DeepQA software and storage.” The team had great success with their goal of building “a computer that can be more effective in understanding and interacting in natural language, but not necessarily the same way humans do it.”  That is certainly a lot of power and work just to beat two trivia whizzes. 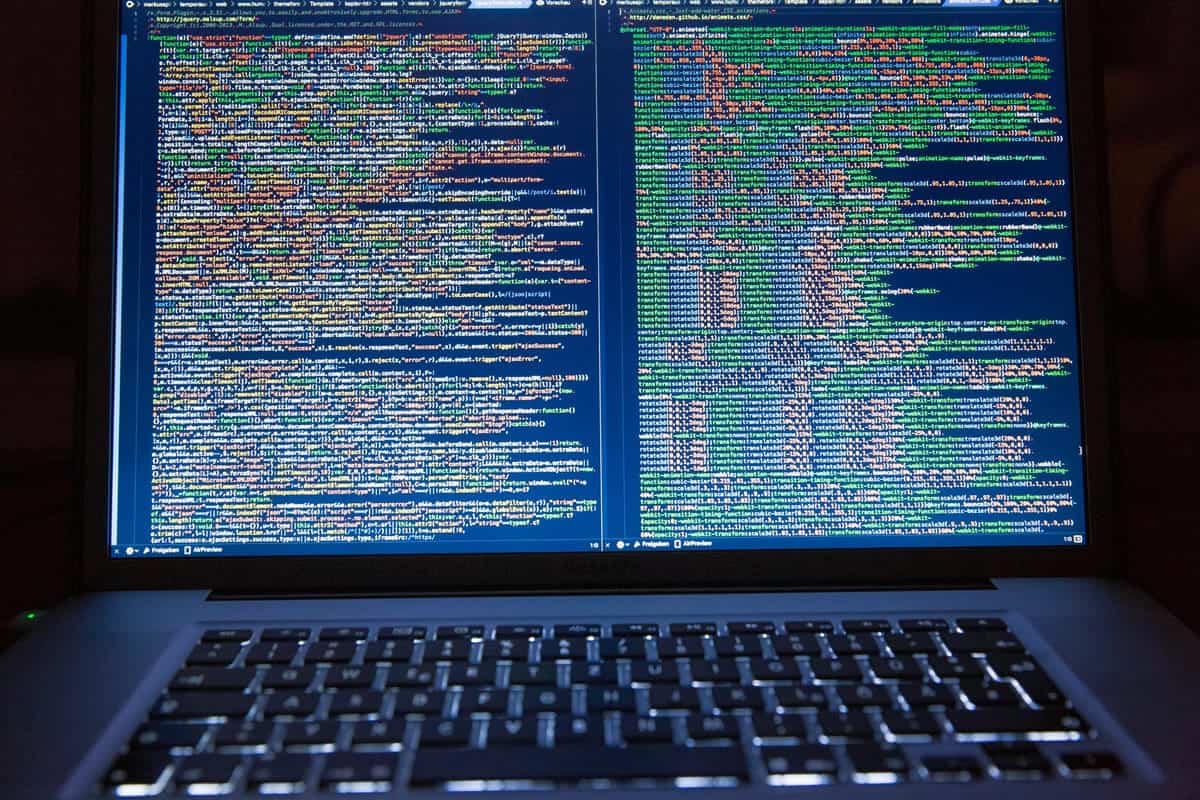 Watson’s feat of winning the grand prize of $1 million in February 2011, beating out the two former (human) champions was nothing less than amazing. It showed the potential for AI and proved that we could determine the answers to unstructured questions in novel ways.

The average computer and search engine is only so efficient at answering nuanced questions. The results they return to you are based on keywords, which frequently don’t fully get to the root of what you’re asking. What Watson pioneered was adding context and decision making power into the equation. Machine learning is only so effective without these two facets. They are ingrained in human brains, and now it’s clear that technology can mimic that to a certain extent—after years of learning and programming.

But Watson is just one robot. It is incredibly smart, but at the same time, it’s abstract to most people. They can’t use Watson on a regular basis to make their lives easier. Luckily, there are a number of consumer electronics that build in artificial intelligence in a way that opens it up for wider use.

The origins of Siri are surprisingly in the United States government’s Defense Department back in 2003. But it took a lot of twists and turns and didn’t quite end up being the end all be all assistant for military commanders.

Before Siri came standard on all iPhones, it was just an iPhone app that served as a virtual personal assistant. The same year that Watson beat two of the best humans ever at Jeopardy, Apple announced Siri, which originated in an acquisition of the app company from the year before. It was a pared down version (functions reduced, language capacity increased) of the original, but it still took the world by storm. 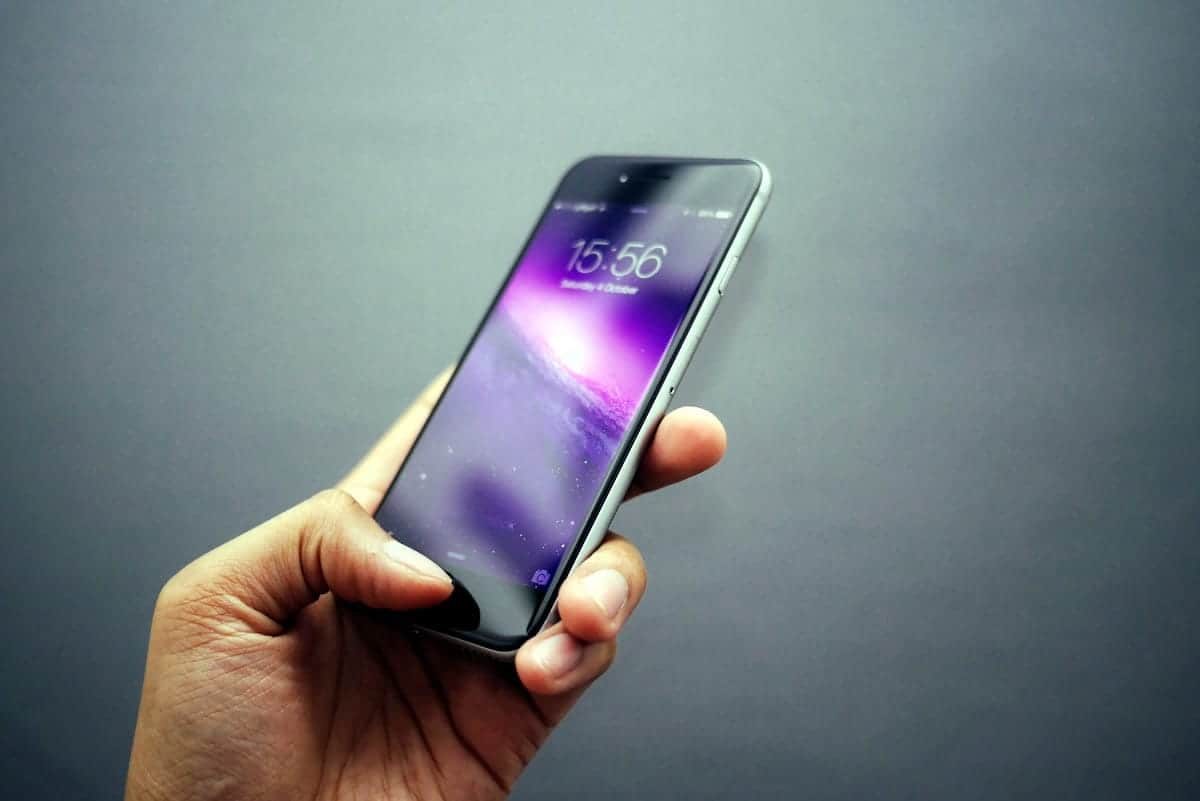 Huffington Post reports that the goal of the original Siri was not to, “build a better search engine, but to pioneer an entirely new paradigm for accessing the Internet, one that would let artificially intelligent agents summon the answers people needed, rather than pull relevant resources for humans to consult on their own.” This aim fits in perfectly with Watson’s and is much more accessible to the average person than a priceless robot.

The charge for Siri, much like that of Watson, was to excel in natural language processing. Or, in other words, understanding what in the world people mean when there are countless ways to ask the same question. For example: “I’m in the mood for Mexican food” and “tell me the best burrito in the area” should pull up the same result, even though they are worded differently. Siri was set up to be a decisive virtual assistant.

On top of this functionality, there are some great Easter eggs built into Siri. If you have never asked Siri what zero divided by zero is, you should do it now. It never ceases to amuse me. The programmers built in an element of humor, like a joke a human might make if you asked them that question.

In all, Siri is a decent virtual assistant. However, I find that it mishears me more often than not. With some tweaks over the years, Siri may be able to reach its potential. But for now, we can just imagine we’re living in a futuristic world. 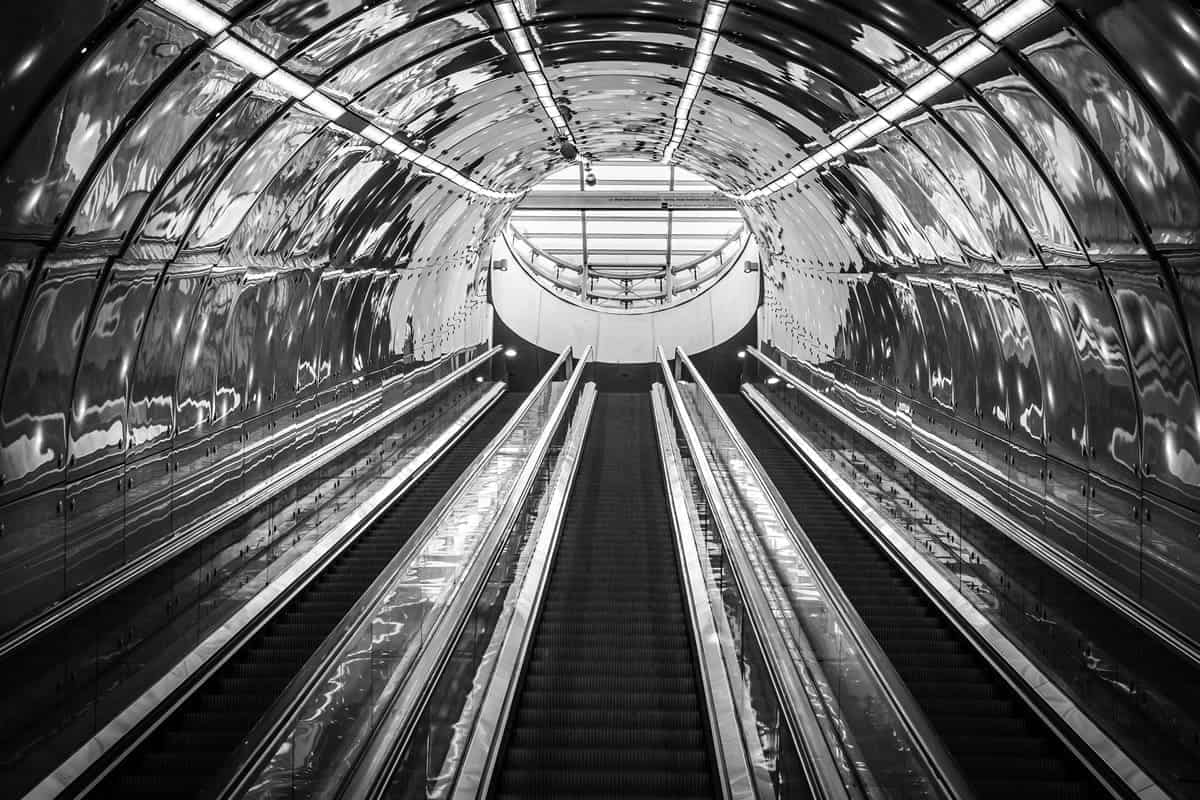 Amazon has been making full use of artificial intelligence through its Echo and Dot products. They are all build on Evi, a British platform that you most likely have never heard of. Recognizing the potential of Evi’s conversation based AI technology, Amazon bought the company in 2012.

Fast forward two years and Amazon launched their brand new Echo with Alexa running on it to an unforgiving consumer base, which, much to Amazon’s relief, absolutely loved the product. It took AI to the next level and made it incredibly useful in everyday life. It could play the music you requested and order you a pizza. And of course, this device can also help shoppers add items to their Amazon cart with a simple voice command. Amazon states that its Echo can perform over 500 commands, all voice activated.

In my opinion, Amazon’s Alexa has been the most effective mainstream use of artificial intelligence yet. The commands it can perform are much more robust than Siri’s. For example, I just asked Siri how much money was in my bank account, and she suggested I open two peer to peer money transfer apps on my phone, neither of which would supply the information I had requested. On the other hand, asking Alexa that question would get a legitimate and accurate answer.

Since Alexa’s successful debut, many copycats have popped up, such as the Google Home. You’ve probably seen the infinite loop videos where Amazon Alexa and Google Home have an endless conversation. While these are pretty ridiculous, they show both the promise of AI and how far we still need to go. On one hand, it’s amazing that two robots can talk with one another. But on the other, in the future, they should recognize it as a nonhuman voice and not keep talking to it endlessly based on the commands it parrots.

Final Thoughts: Where AI Could Be Going

Now that AI has blossomed and is being used for countless purposes, the question of ethics starts to arise. Mark Zuckerberg and Elon Musk recently had a war of words over this, as Musk warned of the grave danger of AI. As artificial intelligence becomes more knowledgeable, the question of how smart is too smart, is one that comes to mind. Just mere days after Musk had harsh words for Zuckerberg for downplaying the negative potential of AI, Zuckerberg shuttered his own robotics project after his robots ignored the task at hand and made up their own language.

Needless to say, the future of AI is complicated. As the saying goes: “with great power comes great responsibility.” This certainly comes into play when discussing artificial intelligence. I side with Musk in his belief that AI developments must be closely monitored.

Artificial intelligence platforms have been in the works for decades, and these three are just some of the most popular ones. They have varying success rates, but across all of them, we can all agree that they prove how far we have come as a technology-driven society. The history of AI goes back much further than the examples given here, but this is a good starting point from which we can continue the conversation.

Interested in the history AI and mobile apps? Proto.io lets anyone build mobile app prototypes that feel real. No coding or design skills required. Bring your ideas to life quickly! Sign up for a free 15-day trial of Proto.io today and get started on your next mobile app design.

We encourage you to reach out to us @Protoio with your thoughts on the history of AI and where it could be going. 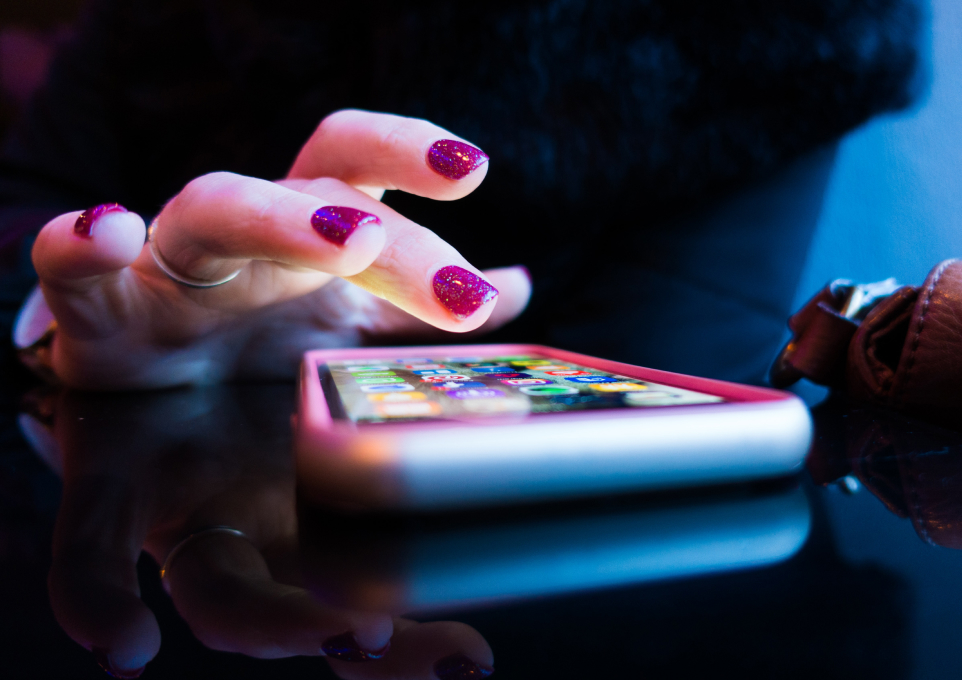 What Do Popular Apps Have in Common? 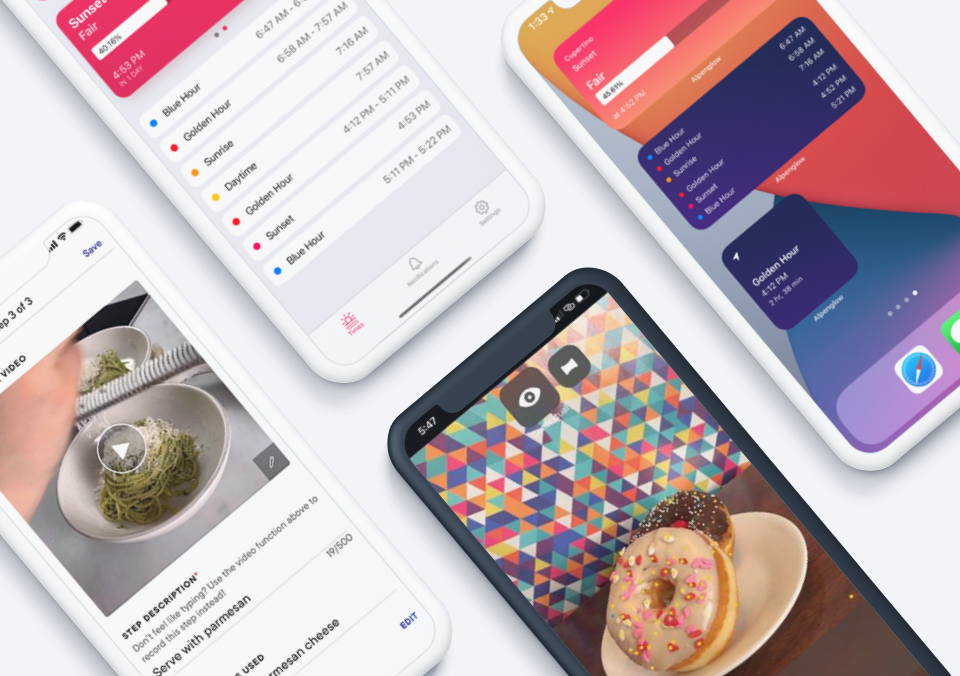 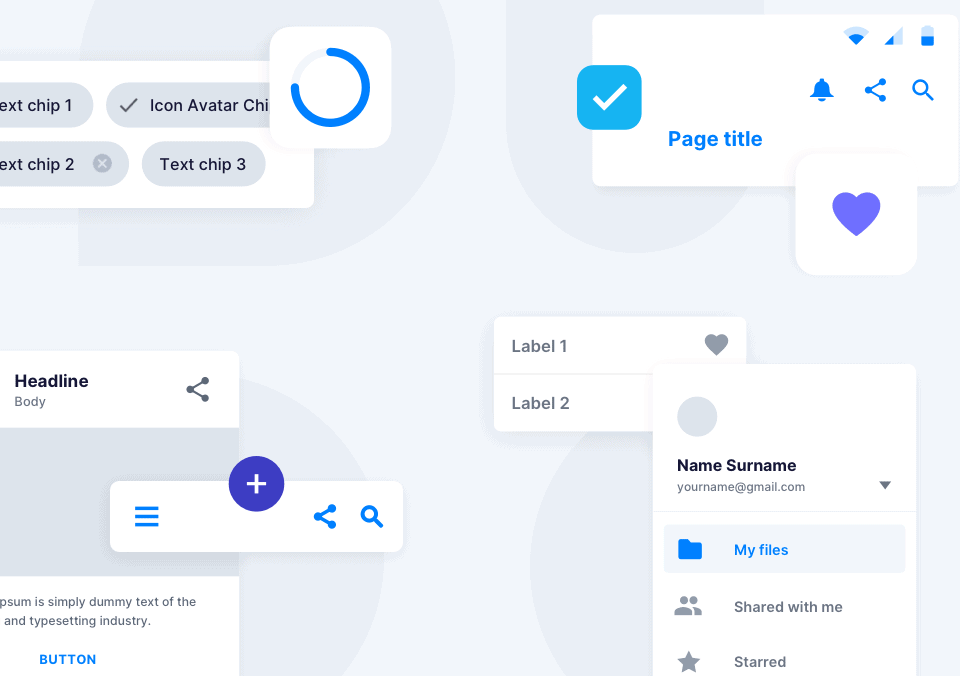 All You Need to Know About Material Design 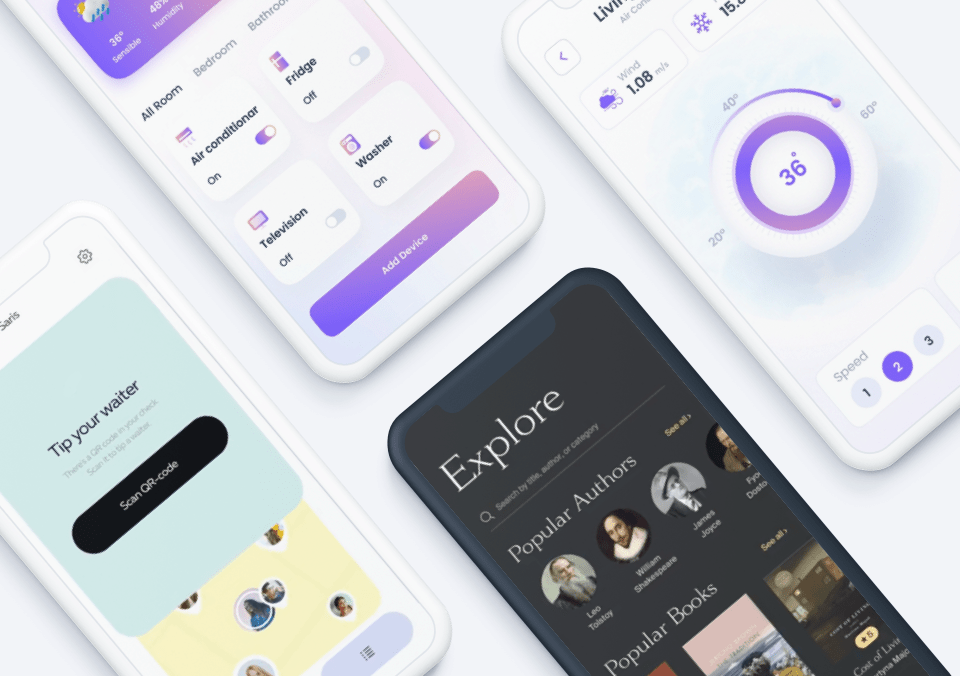 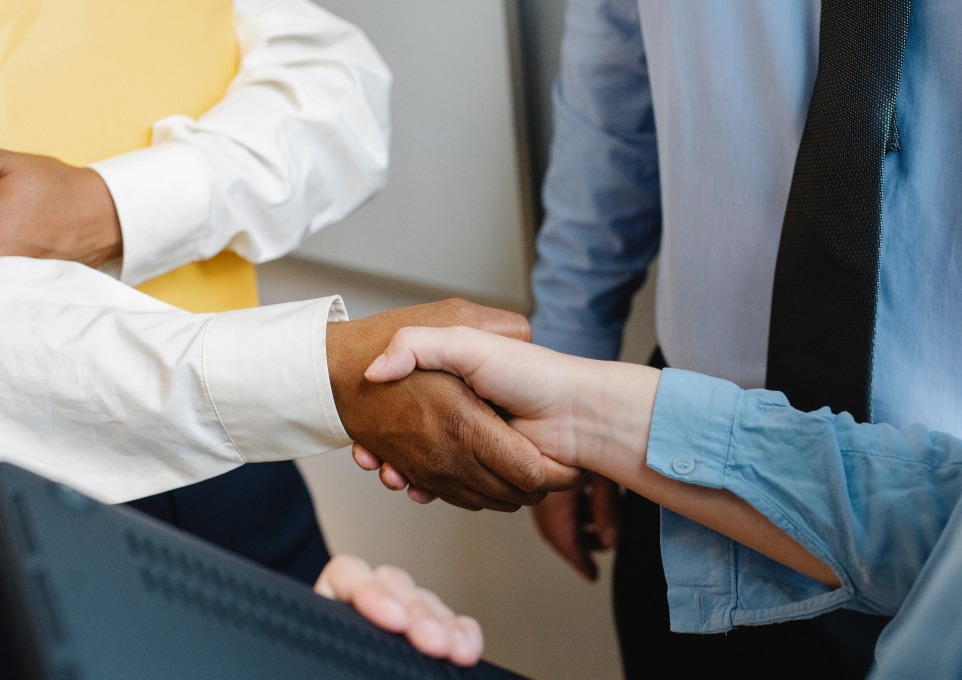 8 Tips to Negotiate Your Design Salary