4 Apps and Devices Making the Most of Haptic Technology

And What UX Designers Should Learn From Them

Whether or not you are aware of it, haptic technology is at your fingertips every single day. In fact, you probably ignore it most of the time. A buzz here, a buzz there – we barely even notice it anymore. When your smartphone vibrates with an email notification, your pedometer congratulates you on hitting 10,000 steps, or you enter your passcode incorrectly, haptic feedback is being used to discreetly give you information.

As a technology, it adds yet another vector of possibility to our everyday experiences with our devices. We can see them, hear them, and yes — even feel them. While haptic feedback doesn’t get as much love from UI/UX designers as other more visual technologies, it’s absolutely a layer of feedback that you should take advantage of — and you should be careful not to abuse (lest you become just another passive vibration in someone’s busy mobile life). 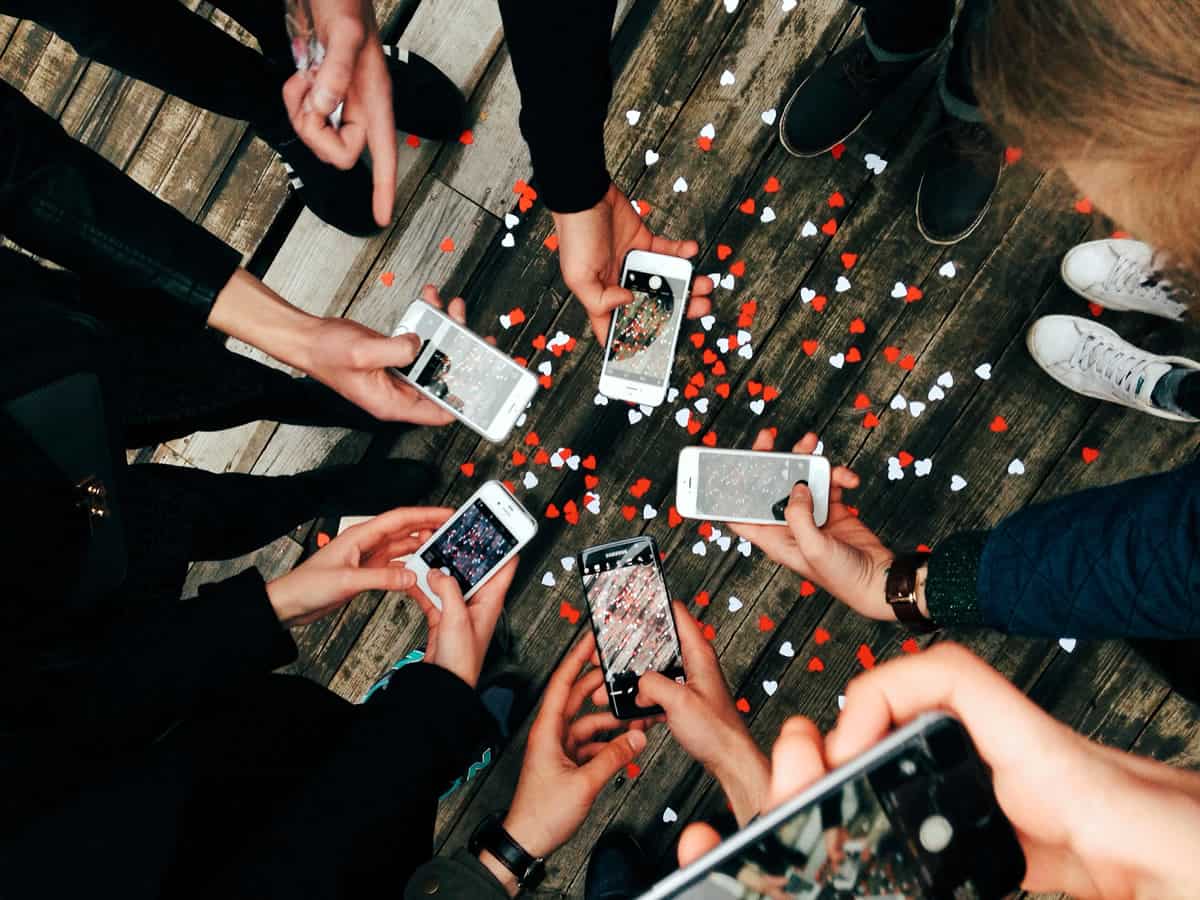 Haptic technology has been around for decades, but really became mainstream with video games. If you’ve ever played a racing game at an arcade, you experienced tactile feedback in your seat, in the steering wheel, and on the floor beneath your feet as you drove your little red sports car through (or off, over, and into) the streets of Tokyo. This popular trend began in the 1970’s when innovators at Sega used this technology in their motorbike arcade game Moto-Cross (also known as Fonz). When your motorbike crashed into another bike, the handlebars would vibrate, giving the player the sensation of a collision.

From there, haptic technology made its way into car racing games and then into the first pinball machine with a game called EarthShaker! through the use of a shaker-motor to simulate earthquakes. In the mid-1990’s, haptic feedback was introduced into consumer’s homes with the Nintendo 64 Rumble Pak, setting the stage for every single major gaming controller in production today.

It’s not difficult to imagine why haptic technology has so easily made its way into our everyday lives. The sense of touch transmits far more information to our brains than one sense can possibly provide. Touch transmits temperature, pressure, and texture. Our eyes might be able to tell us what color the shirt is but only our fingers can tell us if the shirt is something we’d like to wear.

Touch is dramatic. Touch connects us.

Touch helps immerse the user in the world that you are creating for them. Let’s go back to those racing games at the arcade – it was so easy to ignore everything happening around you (including your mom telling you it was time to go). Why? Because nearly all of your senses were busy driving that car.

Your eyes were glued to the screen. Your ears were taking in the screeching of the tires on the road sidewalk. Your hands were feeling the vibrations through the steering wheel. The only things missing were the actual smell of burnt rubber and the taste of dust in your mouth. Of course you couldn’t hear your mom any of the twenty times she shouted for you – you were too busy imagining yourself as Cole Trickle in Days of Thunder.

There are a few app designers, innovators, and entrepreneurs that truly understand the importance of haptic feedback in the modern day user experience. They are busy paving the path for a more compelling, exciting, and immersive UX. Frankly, we can all stand to learn something from them. Here are four of our favorite apps and devices that are making the most of haptic technology.

1. Accessibility for the Sensory Impaired – The Sunu Band

An area in which haptic technology can quickly make a substantial difference is with those who are sensory impaired. Traditional white canes have been used by the visually impaired for nearly 100 years to assist those in need with spatial awareness. The canes have been a reliable method so far and have helped create an environment of independence for users. For those who might be interested in something a little more technically advanced than a cane, a new smartwatch called the Sunu Band is available for pre-order and should hit the open market in August 2016.

At a very basic level, the Sunu Band is a smartwatch that is able to provide the user with time-of-day updates. Digging deeper into its capabilities, the wristband uses sonar technology to provide haptic feedback to the wearer, vibrating with increased intensity as he or she gets closer to an object. It claims to see as quickly as the human eye and to sense objects up to 4 meters (13 feet) away. The Sunu Band can also keep track of items you may need, such as your keys, your wallet, or phone. Similarly to Tile, users can “call” items that a user has tagged. Like most wearables, the wristband runs on a re-chargeable battery.

Dave Power, President and CEO of the Perkins School for the Blind, has spoken highly of the prototype and even granted $25,000 to Sunu through the Perkins Sidecar Prize for Assistive Technology and MassChallenge in 2014. “Sunu Band may be the way that we navigate like bats navigate in the night,” says Power.

While surgery comes with inherent risks and some procedures will always be more dangerous than others, one cannot argue with the fact that minimally invasive techniques allow patients to suffer less physical trauma and heal faster. Medical professionals use haptic feedback during training exercises to practice surgical techniques, as well as during the surgery itself. However, this ends with robotic technology. Thus far, robotics have been unable to transmit tactile feedback to the surgeon.

This is where 18-year-old Simone Braunstein comes into the picture. Studying at the prestigious Dalton School in Manhattan, Braunstein has been active in robotics for seven years – a passion that she discovered when her mother told her she couldn’t have a pet fish. Specifically, she told Simone that the only way she was getting a fish was if she built a robot to help take care of it.

What’s an 11-year-old wunderkind to do? Well… build a robot.

As Braunstein’s interest in robotics grew, so did her acumen. Braunstein is the CEO and founder of Paradox Robotics. She has won numerous awards for her work, including (but certainly not limited to) the Second Award in Robotics and Intelligent Machines at the 2015 Intel International Science and Engineering Fair (ISEF), the Grand Prize in Engineering at the 2016 New York City Science and Engineering Fair, and most recently, she was named one of the Top 10 under 20: Young Innovators to Watch by Consumer Electronics (CE) Week.

In the abstract for her paper titled “A Novel Haptic Actuator for Robotic Surgery,” Braunstein writes that although “652,000 minimally invasive robotic surgeries were performed in 2015, each surgeon operated without the benefit of the sense of touch.” Consider the incredible implications of a cardiothoracic surgeon receiving haptic feedback of a person’s heart and being able to fix the problem without needing to crack open a chest cavity to use his or her hands. It’s best to hear it straight from Simone, though.

Yogis have been preaching the importance of mindfulness for hundreds of years, but studies such as this one conducted by Harvard have helped push the information to the forefront. Many sports stars, celebrities, and even the U.S. Military are admitting that they use meditation. ABC News Anchor Dan Harris began meditating after he had a massive panic attack live during Good Morning America. Meditation has been known to help people that suffer from a variety of ailments — even helping some patients reduce their pain levels.

With all the media hype about meditation right now, it’s not difficult to believe that Apple is jumping on the bandwagon. This June at the Worldwide Developer’s Conference (WWDC), Apple’s Director of Fitness and Health technologies Jay Blahnik unveiled their new “mindfulness” app designed specifically for the Apple Watch. They call it “Breathe.”

The user can define how often (and for how long) he or she would like to stop for a moment to take a few deep breaths. The watch then uses haptic technology to vibrate your wrist and remind you that it is time to relax. As you breathe slowly in and out, the watch lightly taps your wrist to guide you through the target speed of your breath using tactile feedback. Testers have noted that the sensation truly feels as though someone is gently tapping your arm. While it might seem simple, that touch interaction might be just what users need to focus on their breath — and hopefully, relax.

A British company called Ultrahaptics is taking haptic technology to the next level. Their main goal is to create technology that you can feel without actually touching anything. It might sound absurd at first – after all, touching is how you physically feel things, right? Think for a moment about how you feel wind. You can’t see it. You can’t grab it with your hands. But you can still feel it. Wind is still providing you with haptic feedback.

This is exactly how Ultrahaptics is accomplishing their mission. They are using air as a medium to transfer tactile feedback. By using ultrasonics (sounds too high for humans to hear), they are able to create the sensation of touch without physical contact. This technology has been used for ultrasounds during pregnancy for quite some time, but applying this idea to haptic technology puts Ultrahaptics in a whole new realm of innovation.

In order to make you feel something through sound, Ultrahaptics uses multiple tiny speakers to emit a very high frequency (about 40 kHz). Co-founder and Chief Technical Officer Tom Carter explains that when he tells the soundwaves to focus at the same point at the same time, the force behind the sound is just strong enough to minimally displace your skin, giving you a feeling as though you have touched something.

Ultrahaptics is currently conducting an evaluation program through their website. It seems that they are controlling the numbers pretty tightly to ensure that evaluators have the support they need, making it difficult for us to get ahold of their product; but here at Proto.io, we would love to get our hands on a test kit.

What UX Designers Should Learn from these Leaders

UX designers can learn a lot from these innovators that are using haptic technology. They are taking simple concepts and leveraging haptic feedback to create meaningful, exotic, and sometimes mind-blowing experiences for their end users. Since the sense of touch is at the core of haptic technology, it is most important that we, as developers and designers, understand why touch matters so much to us.

As designers, it is important that we take senses into consideration. How we perceive something or someone is formed through how we experience them. The more senses we can incorporate into a user experience, the more likely our audience will be to remember it, to enjoy it, and to come back for more. The bottom line is that haptic technology elevates the user experience to a whole new level. Haptic Feedback enables interactivity in a way that seeing and hearing simply cannot do.

You don’t have to be Simone Braunstein to use haptic feedback to your advantage. Haptic technology is here to stay and can be incorporated in millions of ways. No matter what your next design project is, we can help you bring it to fruition. Sign up for a free 15-day trial of Proto.io today!

How do you want to use haptic technology in your newest app design? Let us know what you are thinking by tweeting us @Proto.io.