New companies sometimes need a little help from a solid investor. That’s why so many tech startups want to appear on Shark Tank. It’s said that even appearing on the show with your product, patent, or idea could bump your sales. Find out how these successful tech startups made out after entering the Shark Tank.

People love snapping pictures on their phones, but until Groovebook, there really wasn’t an easy way to get them printed and placed into an album. With Groovebook, users can select photos right from their camera roll, and upload them to the app. The selected photos will be printed and delivered right to your door in the photo album of your choice. Founders Julie and Brian Whiteman got the idea when Julie lost all her family photos on her smartphone. Since their deal with Kevin O’Leary on Shark Tank, Groovebook sold to Shutterfly for $14.5 million. 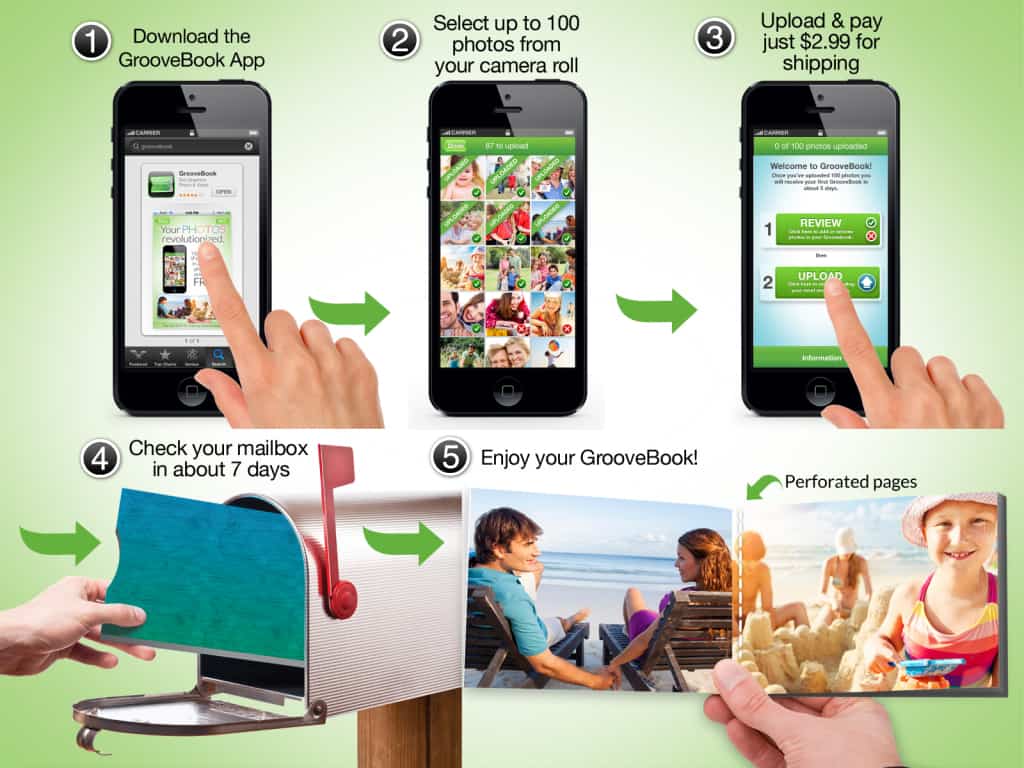 Mobile devices can get pretty dirty. Thanks to PhoneSoap, your phone can finally be cleaned. When Lori Greiner and Mark Cuban competed over investing in PhoneSoap, the creators knew they had one of the most lucrative tech startups in the industry. In the end, Lori landed the deal with makers Dan Barnes and Wes LaPorte. That deal earned PhoneSoap a spot on QVC where they made the bulk of their initial earnings. By the beginning of 2016, Phonesoap had sold over 100,000 units after landing a retail deal with Bed, Bath, & Beyond. 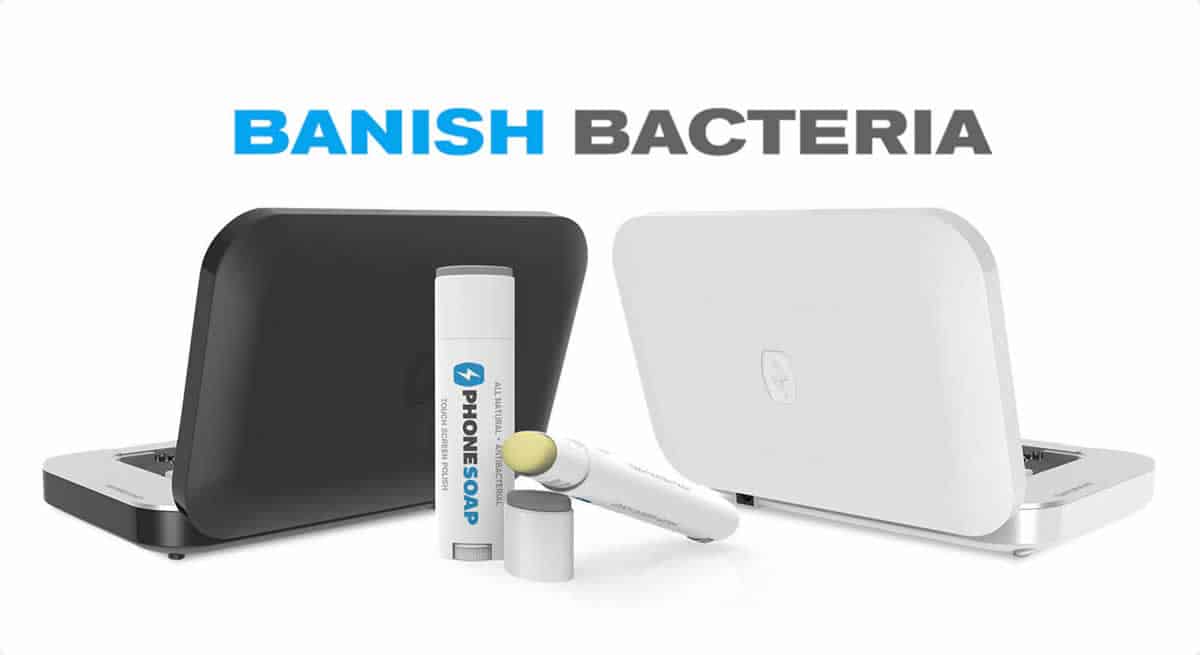 Some tech startups cause a frenzy in the Shark Tank, but Charles Yim’s Breathometer brought all six sharks together. The Breathometer was a mobile device app and attachment initially developed to analyze blood-alcohol-content level. The idea was that the Breathometer could help party-goers make better judgments and avoid drinking and driving. Amazingly, the idea caught the attention of all six sharks, and the entire cast of Shark Tank decided to go in on a deal with Yim. Since then, Yim has raised a $1 million and has a new product called Mint that monitors oral health. 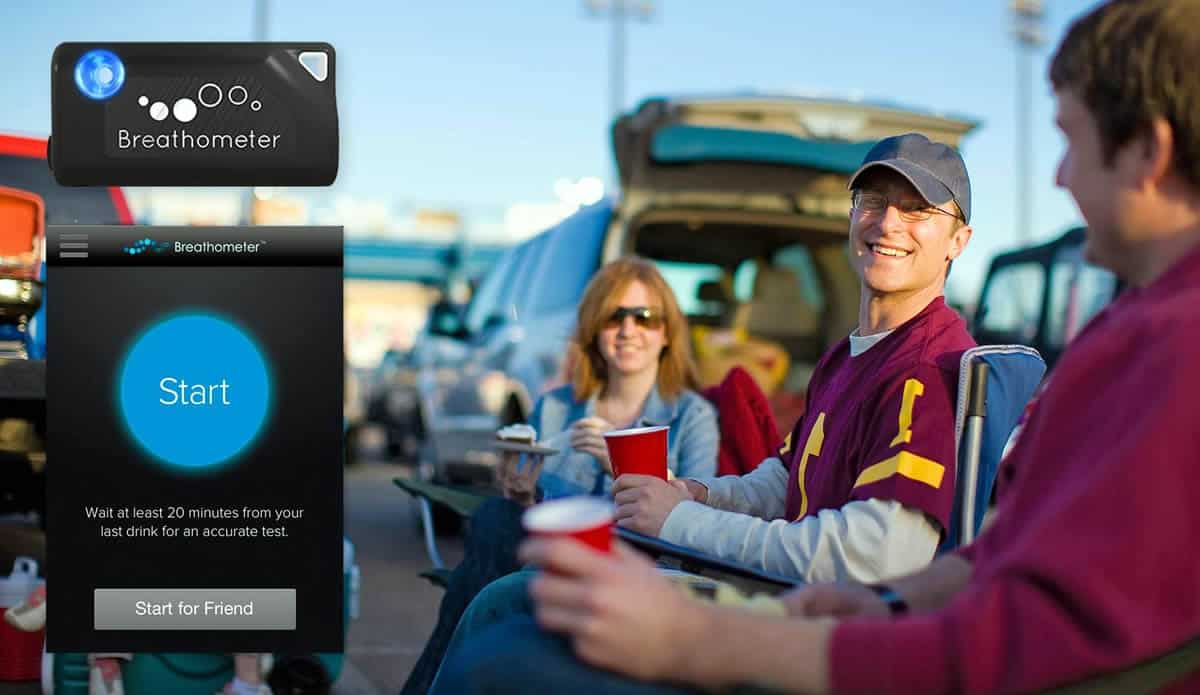 Biking at night became somewhat less dangerous after Kent Frankovich developed Revolights. These innovative smart lights attach directly to the wheels of a bicycle, making riders much more visible at night. The lights come in various colors, and can be seen from miles away. A few of the sharks wanted in on this unique idea, but Robert made the right offer. Kent’s visit to the Shark Tank helped him raise the $1 million he needed to reach his crowdfunding goal. The brand has grown exponentially, and the product is now launching in several different countries around the world. 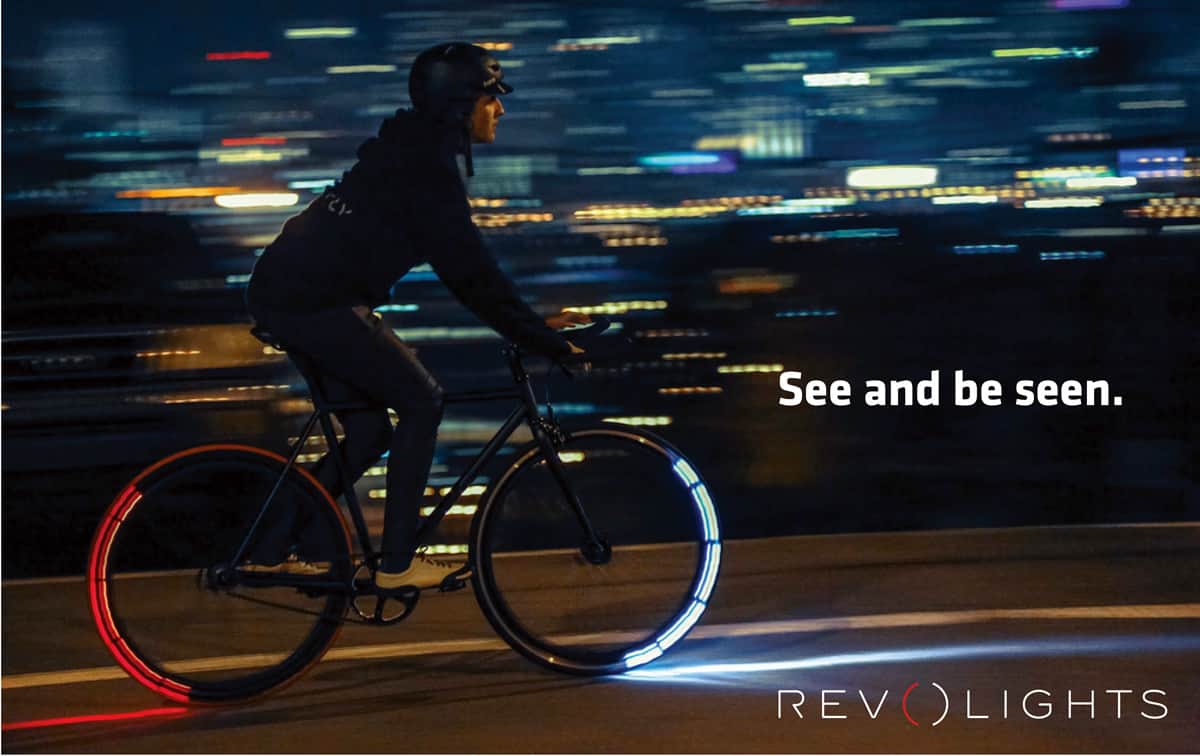 Max Gunawan entered the Shark Tank an ex-architect who became an inventor. His simple design for a foldable lamp was introduced as Lumio. The product is portable and compact. The entire panel of sharks were intrigued by this incredible design, and they inquired about how the business was doing. After a heated negotiation, Max accepted an offer from Robert Herjavec. The two have developed a partnership that helped Max grow Lumio into an international brand. Lumio has been featured in several publications, like GQ and the Wall Street Journal. Now, Lumio continues to wow customers with its sleek and simple design.

Identity theft is one of the biggest problems plaguing Internet users. The maker of SignalVault, Chris Gilpin, came up with a useful solution to that problem. SignalVault uses the technology of credit card hackers against them. Radio Frequency Identification (RFID) scanners are used to steal credit and debit card information, but SignalVault uses that same technology to block thieves. The RFID is placed in a card that goes in your wallet. The sharks were astonished by the simplicity and security this device provides. After some fierce competition between the panel, Chris landed a deal with Lori and Robert. The duo helped SingalVault grow in sales from $200,000 to $2 million annually.

Many people want to learn how to play the guitar. Some find it difficult to start, and that’s why Travis Perry created the ChordBuddy. This incredibly simple tool was a big hit in the Shark Tank. The sharks were not only intrigued by the product, but also the product’s success. By the time Travis entered the tank, Chord Buddy had already done $150,000 in sales. The sharks jumped on a chance to invest in this product, but Travis chose to partner with Robert. Today, Chord Buddy can be found at many retailers, like Guitar Center, and does about $1.5 million in sales each year.

As a student ready to enter college, Scholly creator Christopher Gray understood the financial challenges facing college students. The sharks saw Christopher as was one of the most astonishing businesspeople to enter the tank. Chris had won over $1 million in scholarships, and that’s what inspired him to develop his app, Scholly. Scholly connects incoming or current college students with the appropriate scholarships. Simply enter your specifics, and scholarships start to pop up on the screen. Lori and Damon won over Christopher, and since partnering with them, Scholly has helped millions of students find scholarships.

Drone technology is a rapidly developing market. When the xCraft team pitched their idea to the sharks, the investors knew XCraft was a winning idea. The xCraft team created a small drone with the hovering capabilities of a helicopter and the speed of an aircraft. The team showed off two drones, the X PlusOne and the PhoneDone Ethos. Both were well built and had the right sales numbers to impress the sharks. In a rare move, the entire panel decided to work together to invest in xCraft. At this time, PhoneDrone still needs more testing, but the X PlusOne has taken off in sales and reputation. 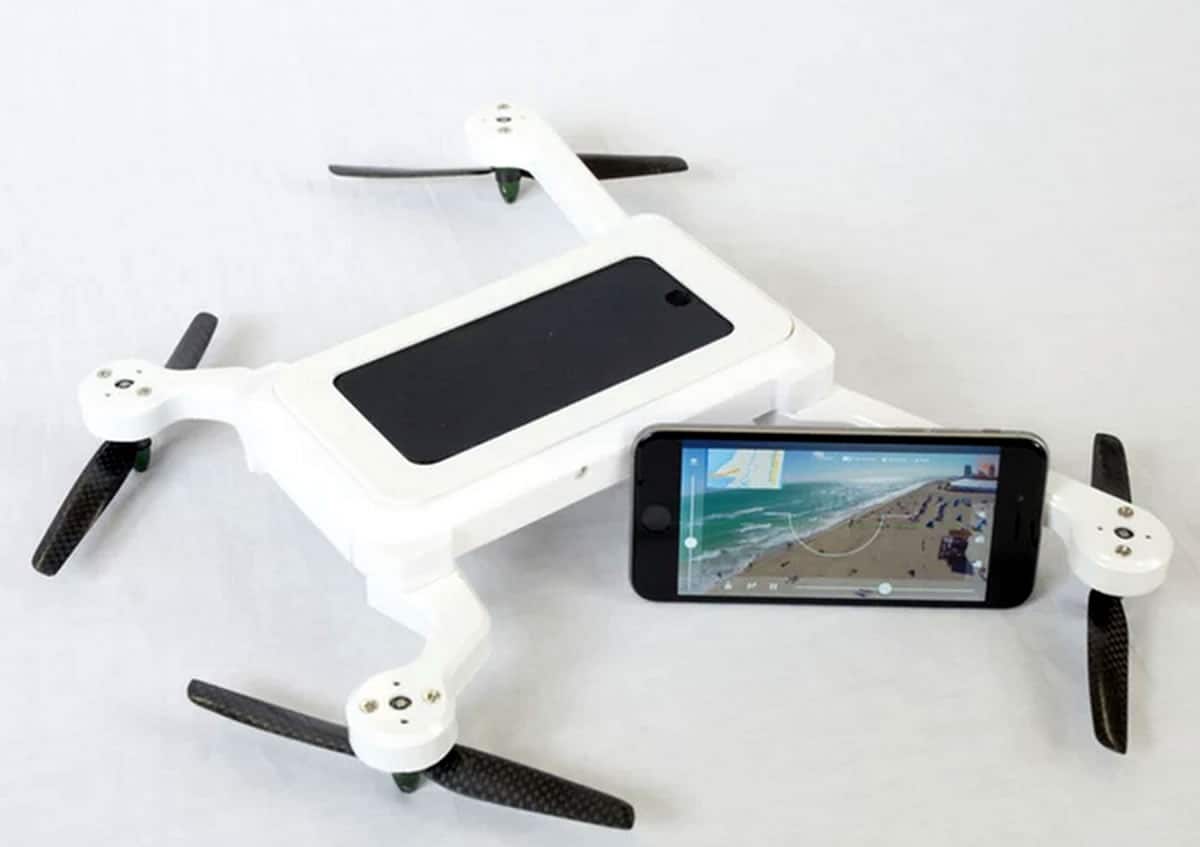 All you have to do is type someone’s name into a search engine to find their social media profiles, address, or arrest record. Some of these findings keep people from getting jobs, so BrandYourself creators Patrick Ambron and Evan McGowan-Watson realized this problem and did something about it. BrandYourself is an innovative way to change what people find about you via search engines. Some of the sharks thought the idea might be lucrative, but the duo turned down their only offer from Robert for $2 million for 25% of the company. Patrick and Evan don’t regret their decision to turn down a shark, though. Since their appearance on Shark Tank, the creators have boast over 300,000 active users, making their business one of the most successful tech startups to turn down an offer on the show.

Keyless entry has become one of the most successful markets for tech startups. This boom is in part due to the success of UniKey. This Shark Tank product was developed by Phil Dumas, and it allows users to activate locks via their smart phones. When Phil brought his business into the tank, all five sharks wanted a piece of it. In an unlikely partnership, Mark and Kevin joined forced to invest in UniKey. By 2013, UniKey had struck a deal with one of the leading deadbolt companies in the world. 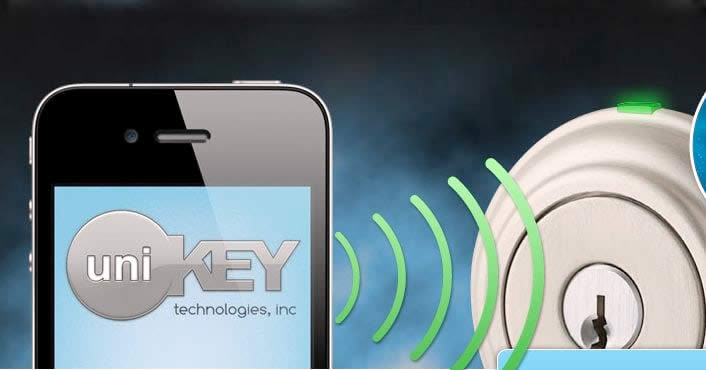 Niche tech startups don’t usually do well on the Shark Tank. However, that can’t be said for Brian Lim’s Emazing Lights. By the time Brian auditioned for the show, Emazing Lights and his other company I Heart Raves had already generated $13 million. By the end of his pitch, the sharks were competing with one another to invest in Brian and his tech startup. Brian is one of the only people to get a deal that equals a higher evaluation than was initially stated. Mark and Damon partnered with Brian, and since then, the Emazing lights brand has grown without hesitation. Brian has also been featured in several financial columns, like CNN Money. 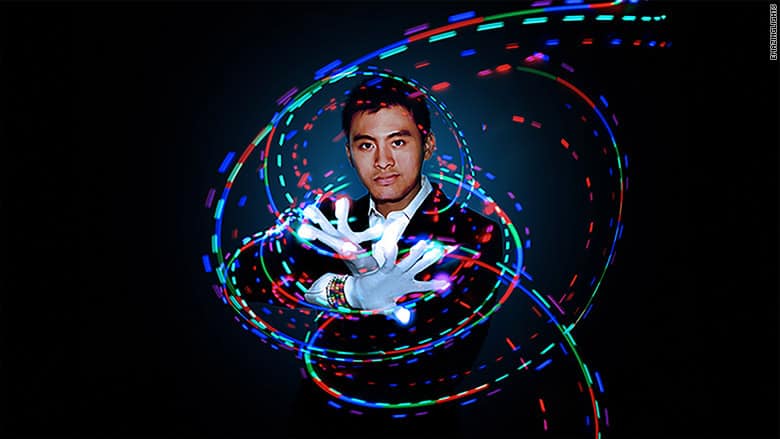 Often, people have trouble communicating across languages. There weren’t many tech startups that dealt with language barriers until VerbalizeIt. Kunal Sarda and Ryan Frankel saw this unique problem as an opportunity to create a solution. Verbalizeit connects users with live translators all over the world so they’ll never have problems communicating in a foreign language again. Kevin is the shark who best understood the product and its purpose, plus he presented Kunal and Ryan with the right offer. After partnering with Kevin, the VerbalizeIt creators turned their business into a multi-million-dollar company. 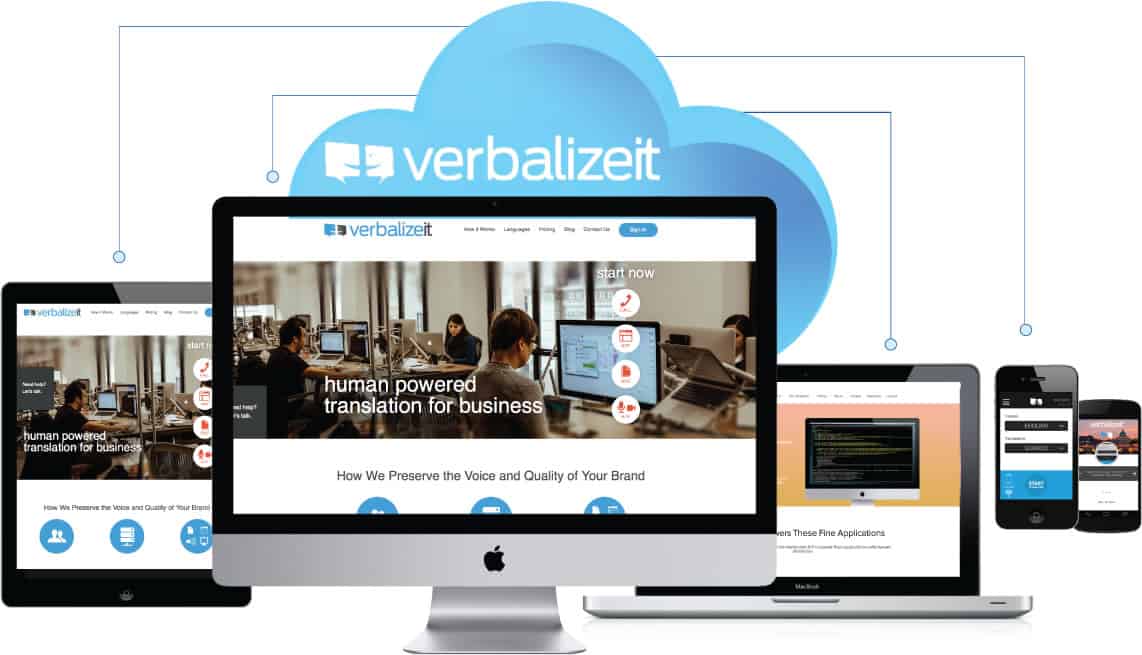 When it comes to tech startups, sometimes simple is the way to go. That point was proved earlier this year onShark Tank when Illumibowl creators Matt Alexander and Michael Kannely scored a great deal with Kevin. Illumibowl is a small light that goes inside a toilet bowl to illuminate it in the dark. This innovative, yet basic, idea helped them make retail deals with Ace Hardware, True Value, and Bed, Bath, & Beyond. 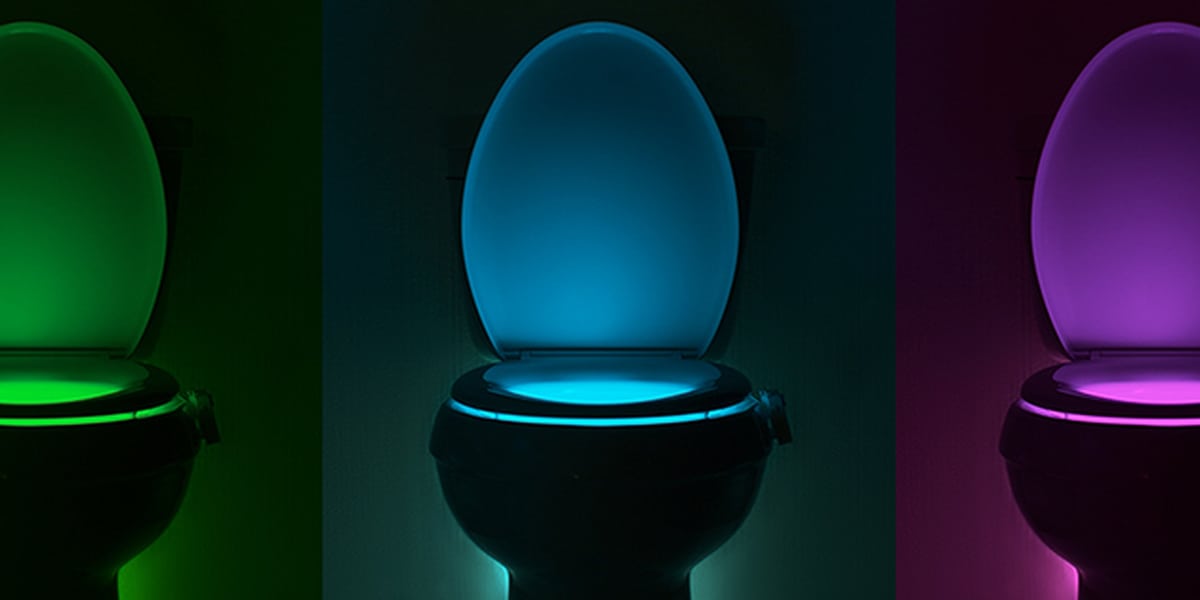 Sometimes pitches in the Shark Tank don’t end up how the you would expect. The SCOTTeVEST pitch went off the rails pretty quickly, but that didn’t stop the creator, Scott Jordon, from making a success out of his invention. The SCOTTeVEST is the first tech enabled clothing line. Scott actually created this technology, and licensing it to the sharks was supposed to be the centerpiece of his pitch. However, when the sharks got wind of the SCOTTeVEST company, they wanted a piece of that. Scott wasn’t interested in giving up that company’s equity, so he left without making a deal. Still, SCOTTeVEST went from $12 million to $24 million in sales by the year’s end. 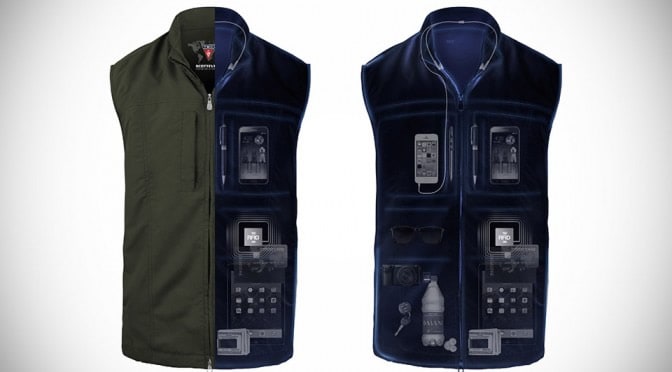 There are quite a few tech startups that have made their mark on a large audience thanks to Shark Tank. Regardless of whether the company made a deal with a shark, it’s clear that the sharks like to give pitching opportunities to innovative tech startups. Also, the exposure that companies get on the show can go a long way when it comes to sales.